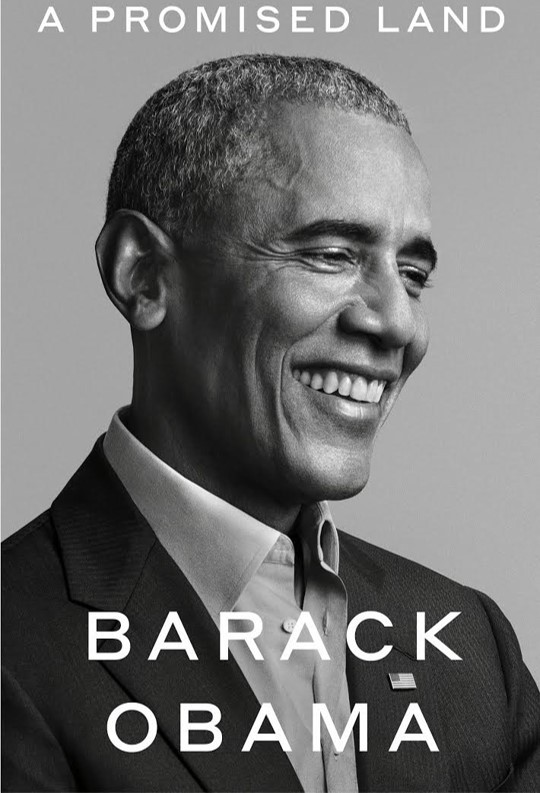 This AP photo shows the cover of the new memoir by former US President Barack Obama, "A Promised Land," that is set to be released on Tuesday. (AP-Yonhap)
WASHINGTON -- The United States was able to push through "robust" sanctions against North Korea by the UN Security Council in 2009 thanks to its improved relations with other countries, former US President Barack Obama said.

In a new memoir, "A Promised Land," the former US president also said that his 2009 speech in Prague calling for a world free of nuclear weapons was partly aimed at urging efforts to prevent Iran and North Korea from further advancing their nuclear programs.

"I had a second, more practical reason for focusing on the nuclear issue in a way that would make headlines across Europe: We needed to find a means to prevent Iran and North Korea from advancing their nuclear programs," Obama said, according to a copy of his book obtained by Yonhap News Agency.

The book is set to be released Tuesday.

Obama delivered the Prague speech on April 5, one day after North Korea launched a long-range rocket into the Pacific "just to get our attention," he noted.

About six weeks later on May 25, the communist state staged its second nuclear test.

The UN Security Council (UNSC) had unanimously adopted a sanctions resolution against North Korea on June 12.  Obama said such a swift action by the UNSC was possible partly because of increased US popularity on the world stage.

"Around the world, public attitude toward the United States had steadily improved since I'd taken office, demonstrating that our early diplomatic work was paying off," Obama wrote.

"This heightened popularity made it easier for our allies to sustain or even boost their troop contributions in Afghanistan, knowing that their citizens trusted our leadership," he said.

"After North Korea started testing ballistic missiles, Susan Rice was able to get the Security Council to pass robust international sanctions, in part because of her skill and tenacity but also, she told me, because 'a lot of countries want to be seen as being aligned with you.'"

The US was able to push through four additional UNSC sanctions resolutions against North Korea before Obama left office in early 2017.

Pyongyang has so far staged six nuclear tests, with its last nuclear test conducted on Sept. 3, 2017, which prompted yet another UNSC sanctions resolution, unanimously adopted only eight days later on Sept. 11. (Yonhap)