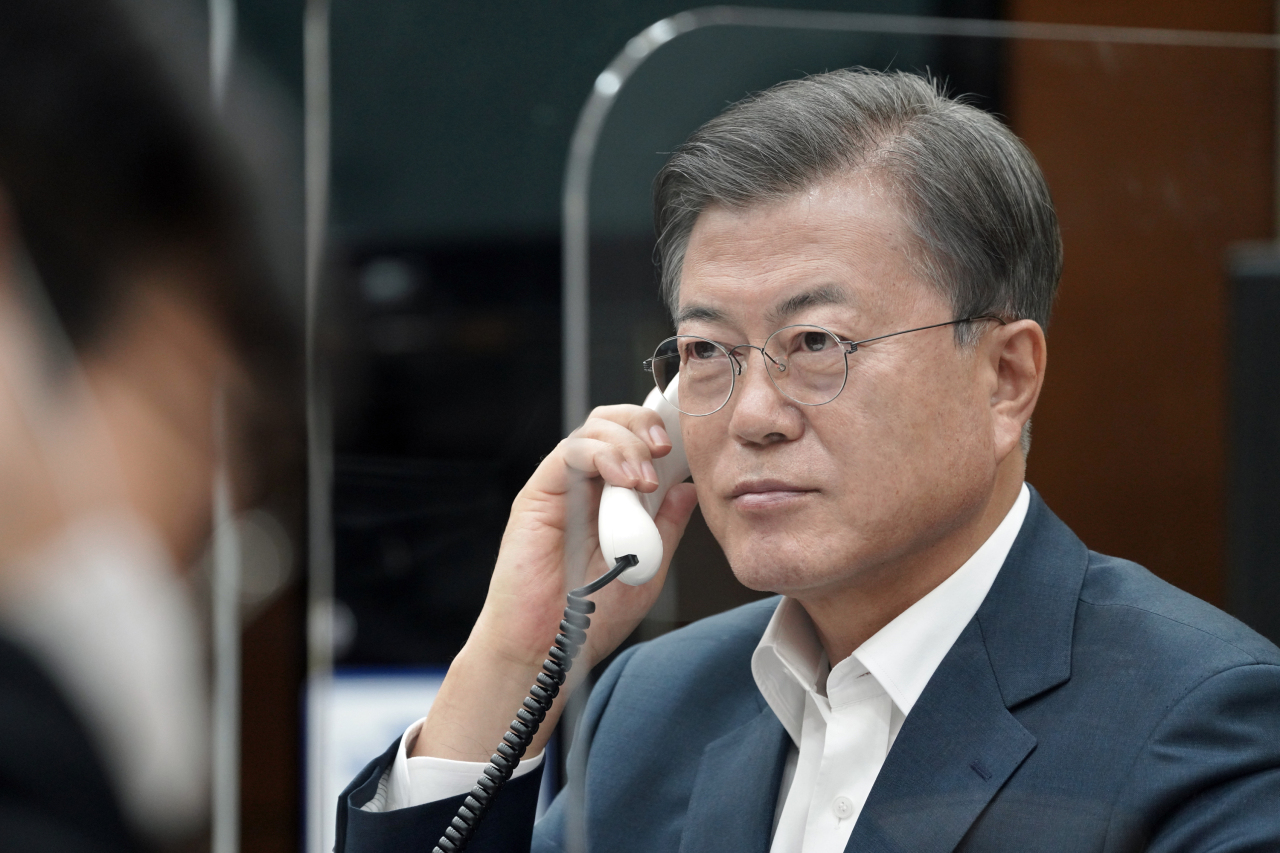 Moon had back-to-back phone talks with the prime ministers of Denmark and India -- Mette Frederiksen and Narendra Modi -- and requested support for Yoo's bid, according to Cheong Wa Dae spokesman Kang Min-seok.

Moon said that Yoo is a candidate with expertise on trade affairs and political leadership and that she's the "right person" to adjust the interests of advanced and developing nations and successfully carry out the reform of the WTO, Kang added.

Speaking with the Danish leader, the president requested the country's support and cooperation in connection with the second P4G summit slated to be held here in the first half of 2021.

Frederiksen agreed to do so, Kang said. Denmark hosted the inaugural P4G summit on tackling climate change and other sustainable development challenges.

Moon and Modi, meanwhile, agreed that South Korea and India need to further strengthen bilateral cooperation in the post-coronavirus era, as well as in response to the pandemic, as special strategic partners. (Yonhap)