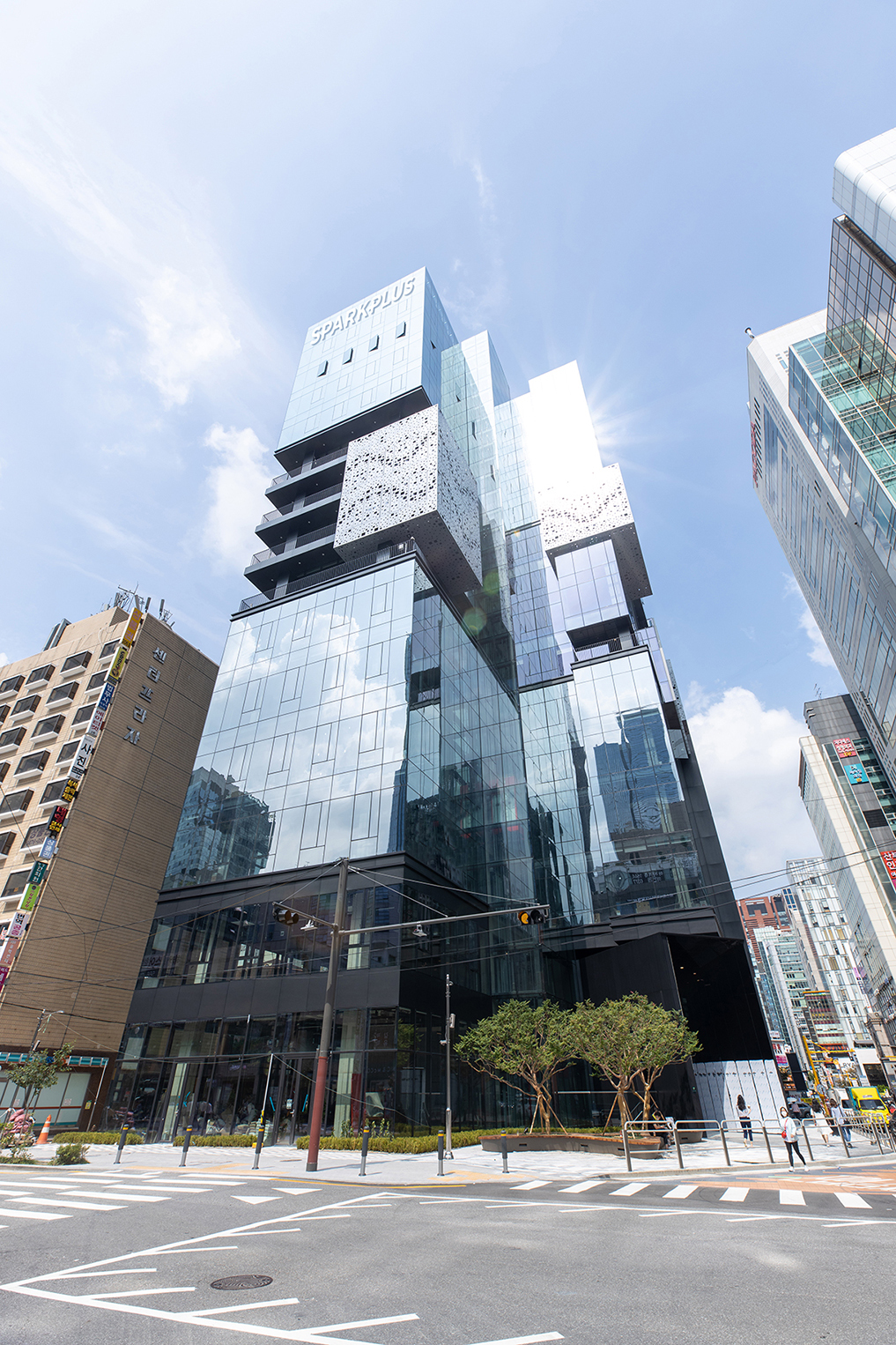 An exterior view of Sparkplus’ 4th branch in Gangnam, which is slated to open in November. (Sparkplus)
Local office space sharing firm Sparkplus is gearing up for an initial public offering next year, according to company officials on Tuesday.

As the company plans to make its debut on the nation’s tech-heavy Kosdaq bourse, it recently chose local brokerage firm Mirae Asset Daewoo as its leading underwriter. However, the exact size of the deal and the date of listing have not yet been decided, the firm said.

Sparkplus was jointly established by Aju Hotels & Resorts and accelerator SparkLabs. Beginning with its first branch near Yeoksam Station in southern Seoul, in November 2016, it now operates 15 locations. The firm is getting ready to open another branch in Gangnam next month.

The Seoul-based coworking space operator has focused on providing customized offices for companies to use as their headquarters. It also provides various programs and support for early-stage startups, such as a real estate contract, interior design and furniture layout. Online fashion select shop Musinsa and online travel agency My Real Trip are a couple of the tenants.

By going public, Sparkplus aims to expand its branches and diversify real estate operating models to solidify its position as a real estate general operator. Besides underwriting the deal, Mirae Aseet Daewoo will also play its role as a value-added partner to synergize business.

“The upcoming IPO is to secure funding and expand our business. Based on our mission of supporting resident firms’ business growth, we’ll create a new normal in the shared office industry,” Sparkplus CEO Mok Jin-gun said.

Ahead of the news on Sparkplus going public, another local shared space operator, FastFive, made its IPO official in July. As it has already submitted an application for preliminary qualification examination to the Korea Exchange for listing on the Kosdaq, the firm is anticipated to receive approval from the nation’s sole bourse operator sometime this month. NH Investment & Securities is underwriting the deal.