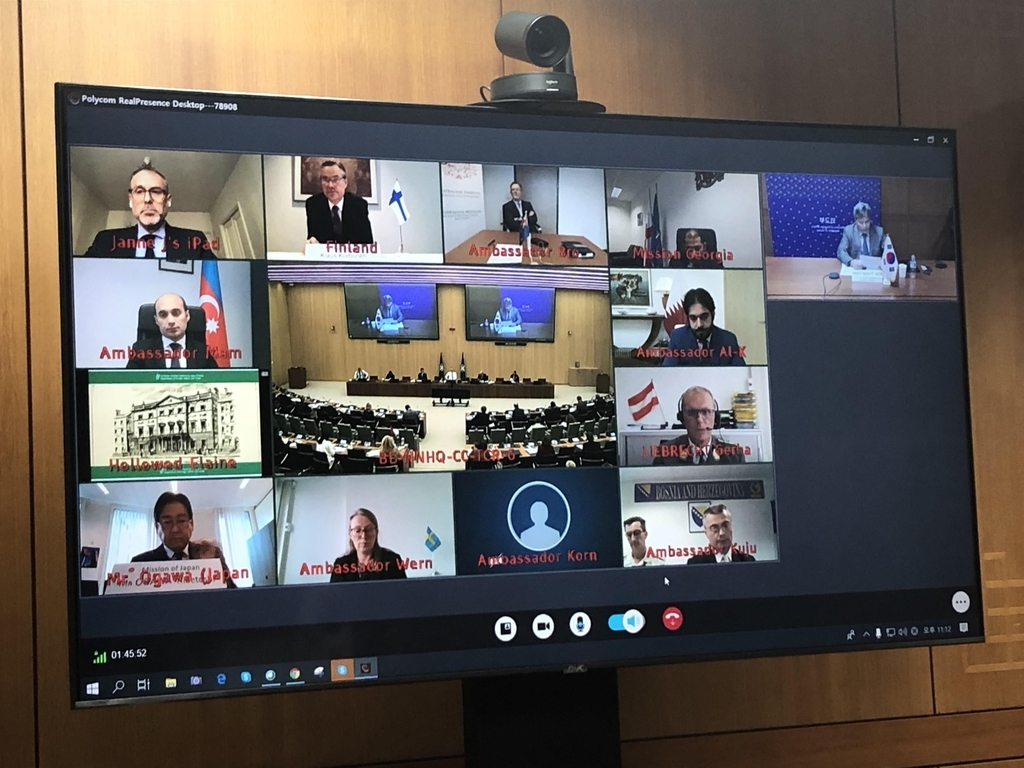 (Ministry of Foreign Affairs)
South Korea has pledged to continue its contributions over the next four years to a multilateral fund designed to help war-torn Afghanistan rebuild security forces, the foreign ministry said Tuesday.

Kim Young-chae, Seoul's special representative for Afghanistan and Pakistan, made the pledge in the plenary board meeting of the Afghan National Army Trust Fund (ANATF) run by the North Atlantic Treaty Organization (NATO) and held in Brussels on Monday (local time), the ministry said in a release.

South Korea was among the 28 countries that reaffirmed their commitment to continued support for Afghan security forces until 2024, hailing the start of the negotiations for a peace deal between the Afghan government and Taliban.

In Monday's meeting, Kim also stressed that the operating plans for ANATF should be adjusted in parallel with the progress in peace talks.

ANATF was created in late 2006 as a multilateral funding channel to enhance the sustainability of the Afghan security forces by providing support such as equipment installation, training and education.

The board monitors the implementation of the financial contributions, and Seoul is serving its one-year term this year as a chair of the board. Monday's meeting was led by South Korean Ambassador to Belgium Yoon Soon-gu and NATO Secretary General Jens Stoltenberg.

The board meeting was held partly via virtual links due to the COVID-19 pandemic. (Yonhap)