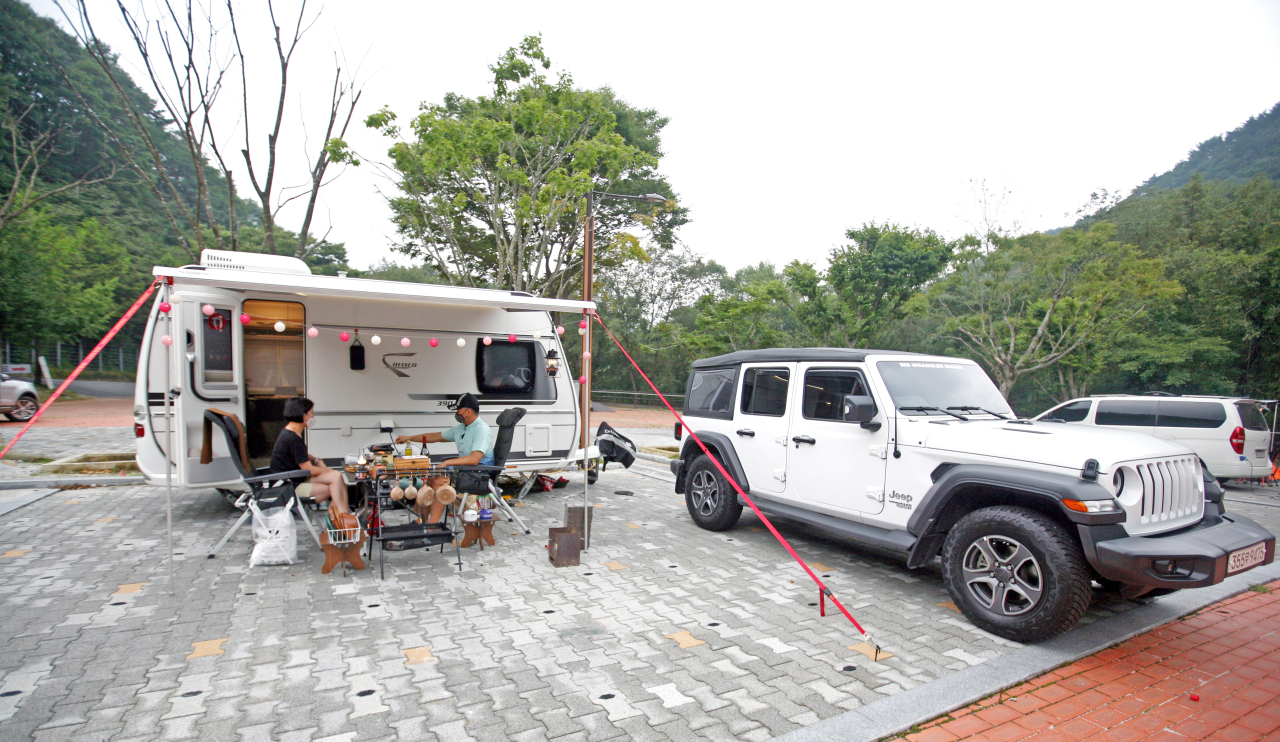 A couple enjoys camping in a caravan at a campsite. (Korea Tourism Organization)
Camping has come under the limelight in the era of the COVID-19 pandemic.

It is an outdoor activity that guarantees fresh air, some space from others and also individual freedom. But because campsites are not virus-free zones, campers must be responsible when using common areas.

Larger, less crowded campsites may be better options under the current circumstances. Here is a list of some campsites recommended by the Korea Tourism Organization. 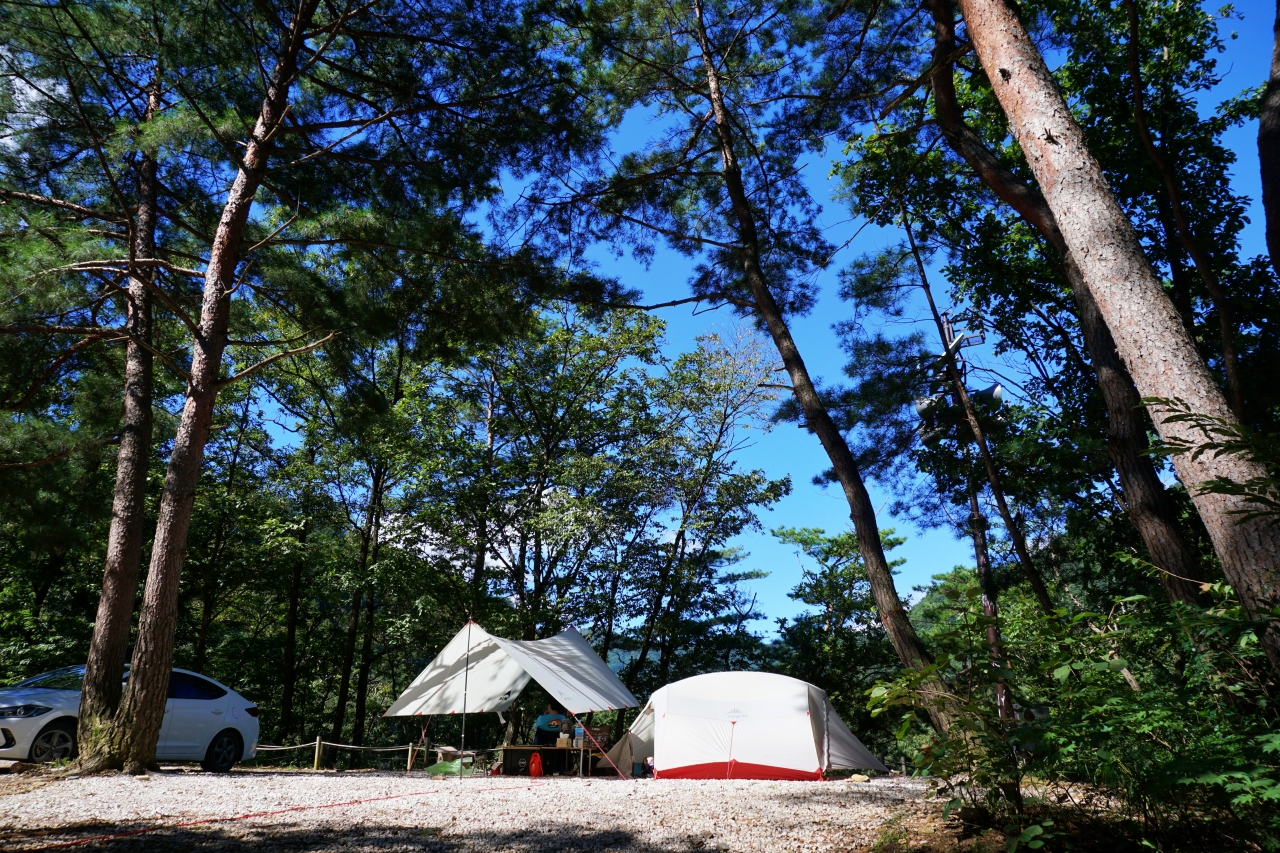 The facilities are spread across the forest, allowing campers some space from each other. With tall trees surrounding the decks, visitors are guaranteed some privacy. 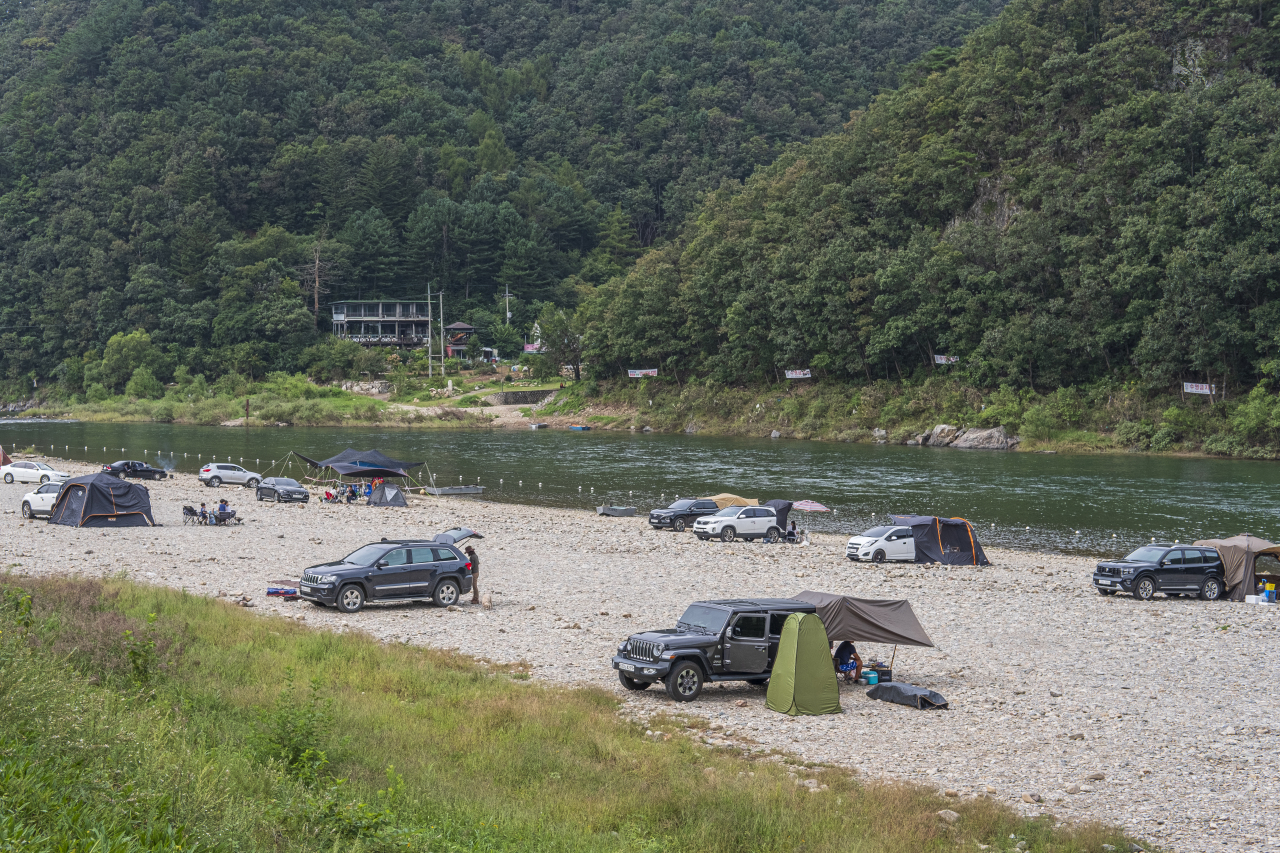 At the Hongcheon River, next to the campsite, campers can fish and even swim in the warmer seasons. The river, praised for its clean water, is home to numerous species of fish.

In the morning, fog rises and creates a mysterious ambiance in the area.

Use of the campsite, wide enough for 300 tents, is free of charge. Nearby there is Alpaca World, where visitors can interact with the furry creatures by feeding or petting them. 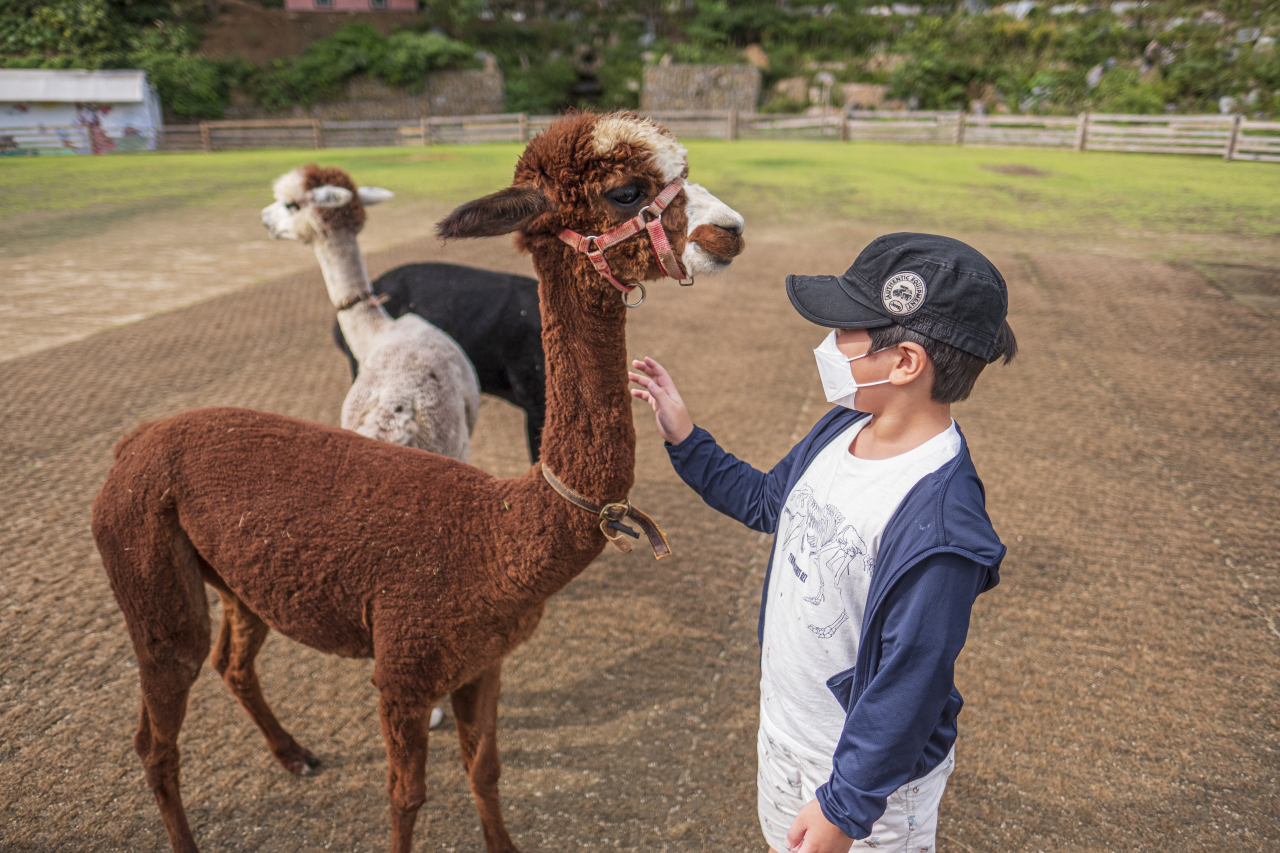 A child pets an alpaca at Alpaca World in Hongcheon, Gangwon Province. (Korea Tourism Organization)
For more information, call the authorities at the Hongcheon County Office at (033) 430-2494. 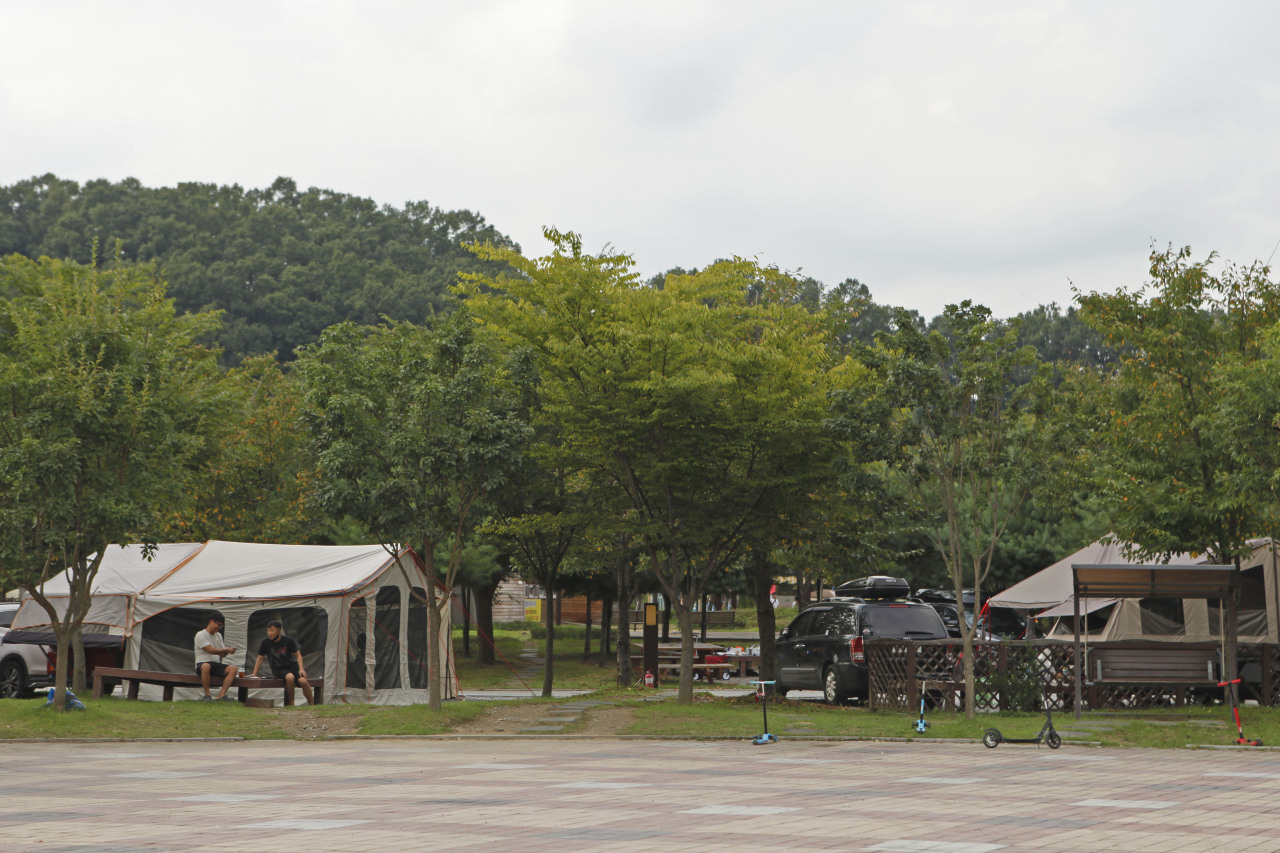 The site consists of 40 camp decks and 10 spots for “glamping,” a compound word that means camping with glamour. Each camper is allowed 100 square meters of space, adequate for large tents. Also, each camper has an individual sink, making it possible to avoid human contact. 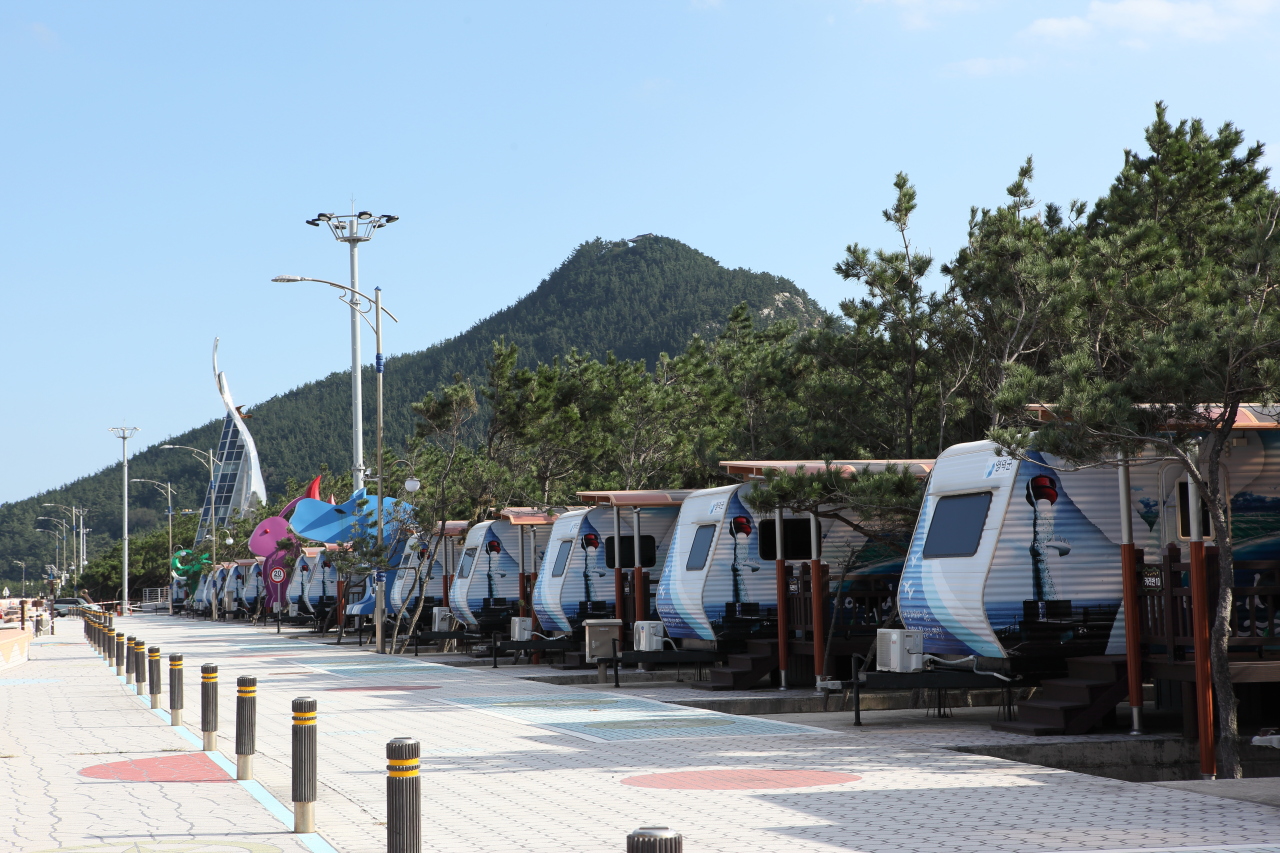 Camping areas are separated into the auto camping zone and the forest camping zone. There are 25 caravans for four to six guests each. Animal-shaped caravans are especially popular. 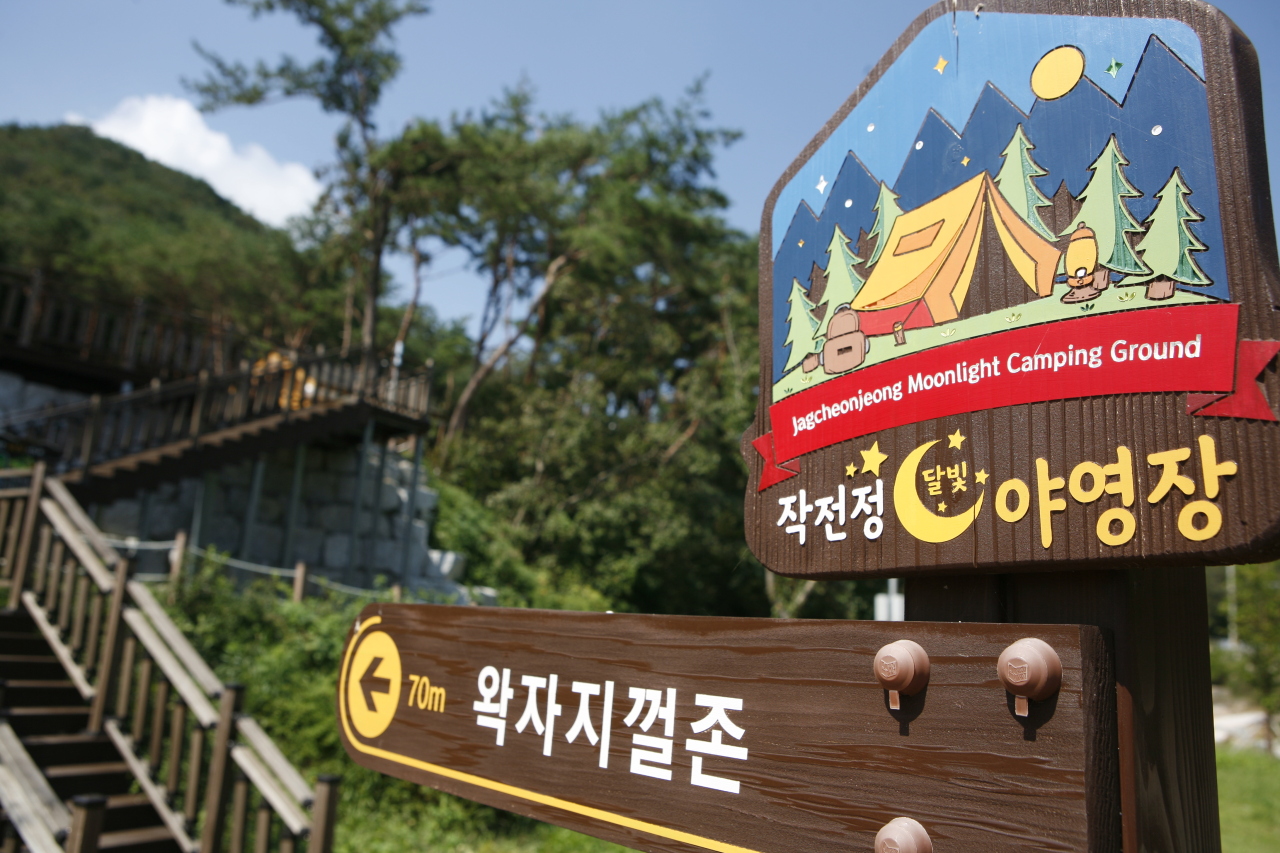 Nearby, there is the Ulsan Yeongnam Alps International Climbing Center. Visitors can experience rock climbing there. Also, the Taehwagang National Garden, a wilderness sanctuary, is nearby too -- adequate for those who would like to enjoy a walk in nature. 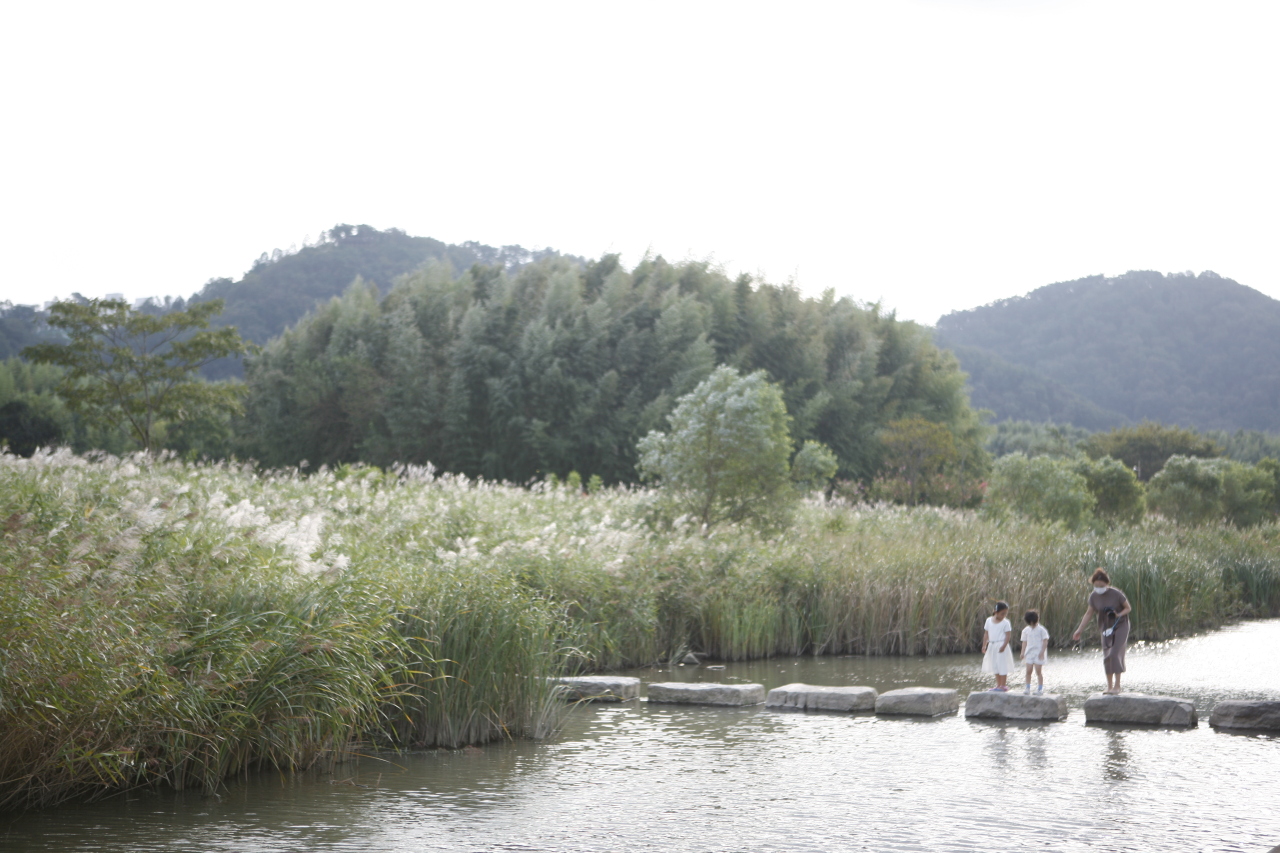