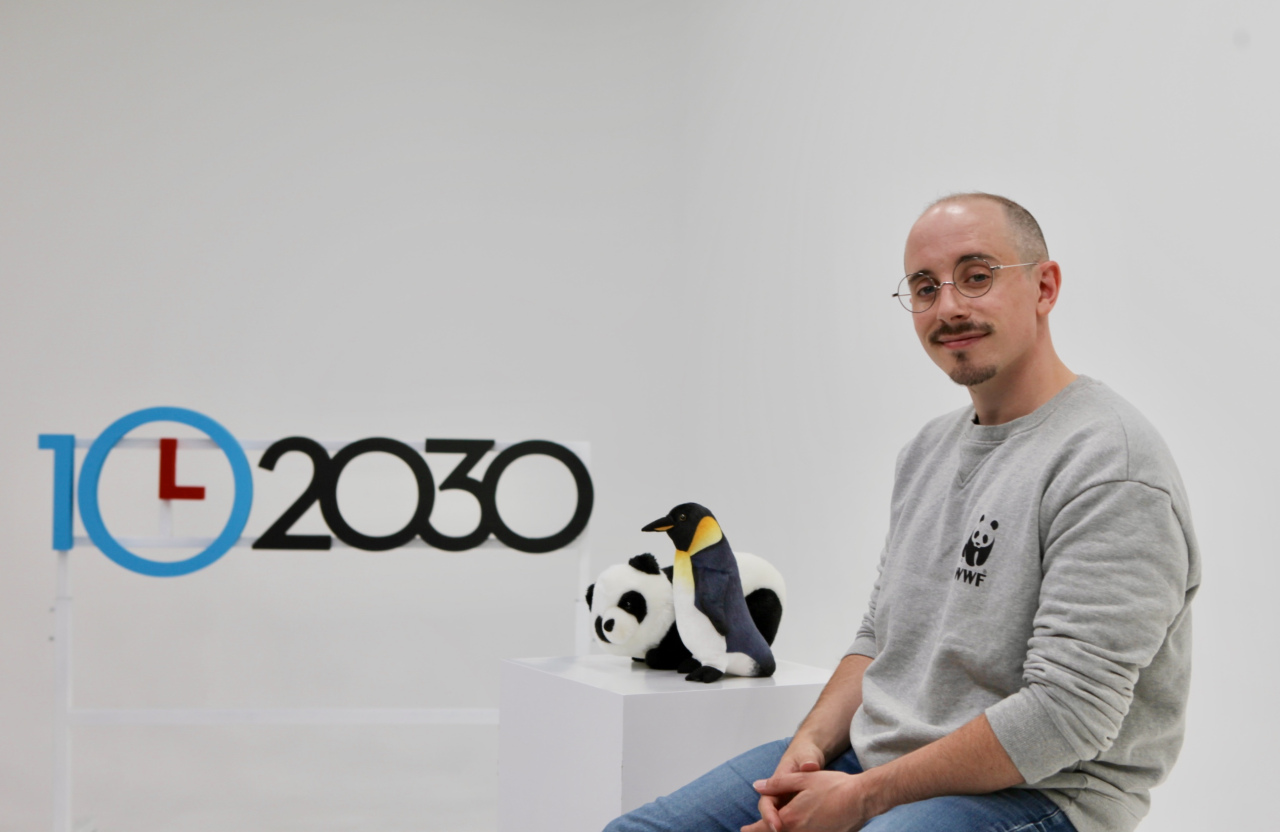 Tyler Rasch poses during a lecture for Herald Eco View 102030, which is an initiative to raise awareness for environmental issues. (Park Ga-young / The Korea Herald)
What would you think of a friend who earns $2,000 a month but spends $3,500? Most people would see it as an unsustainable lifestyle bound for bankruptcy.

In his latest book “There is no second earth,” which addresses climate issues in a palpable way, TV personality Tyler Rasch compares the status of humanity’s exploitation of nature with that spendthrift friend.

He warns that we are all debtors to the earth because we are using resources 1.75 times faster than the rate at which our planet’s ecosystems can replace them.

“If the earth cannot lend us more resources, there is no place for us to live,” he writes. 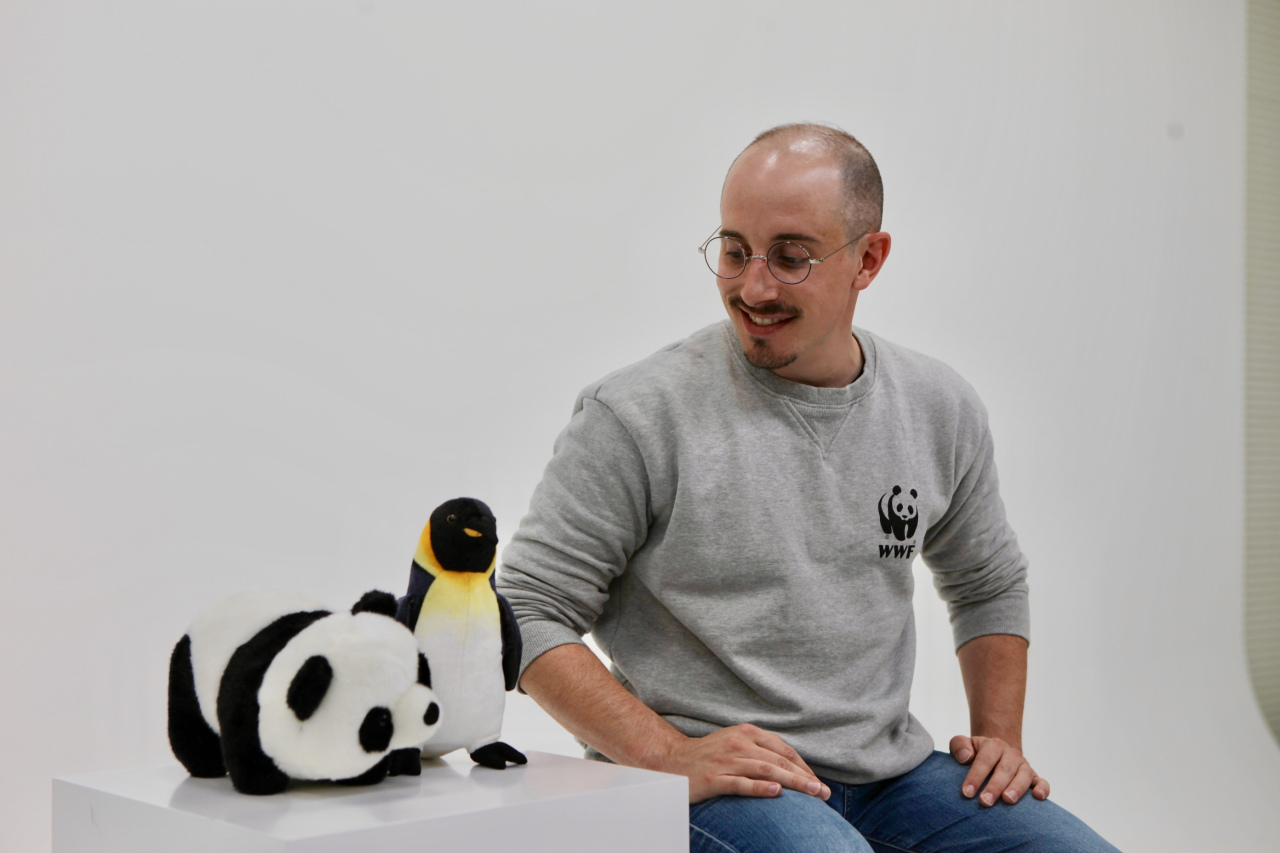 Tyler Rasch poses during a lecture for Herald Eco View 102030, which is an initiative to raise awareness for environmental issues. (Park Ga-young / The Korea Herald)
Rasch, born and raised in Vermont, studied international relations at the University of Chicago before coming to Korea in 2011. Since then, he has appeared on TV shows, most famously “Non-Summit,” a TV show of Korean-speaking foreigners debating wide-ranging issues. He also serves as an honorary ambassador of the World Wildlife Fund Korea.

After gaining a reputation as a sharp TV personality who is fluent in Korean and conscious of many social issues, he has now turned his focus to climate change issues -- which he said was his lifelong concern.

“Everything in my life is linked with the environment,” he said. “I’ve reached the conclusion that my happiness, health, and prosperity all depend on environmental issues,” he said during an interview with Eco View 2030, Herald Corp.’s initiative to raise awareness for environmental issues through the voices of experts and celebrities.

“Climate change is so much worse and more powerful than the impact of the COVID-19,” he said. “Can we approach this issue with the mindset that we won’t have a future without solving it right now?” he asked.

As an expatriate, he is often asked where he sees himself settling down permanently.

His answer to this question is that he wants to live in a place that is least impacted by climate change.

In line with his passion, he made sure to even print his book in an environmentally friendly way, being the first book in Korea to do so using paper certified by the Forest Stewardship Council. The FSC is an international organization established in 1993 that promotes responsible management of the world’s forests with a certification program. FSC certification confirms that products come from sustainably managed forests. 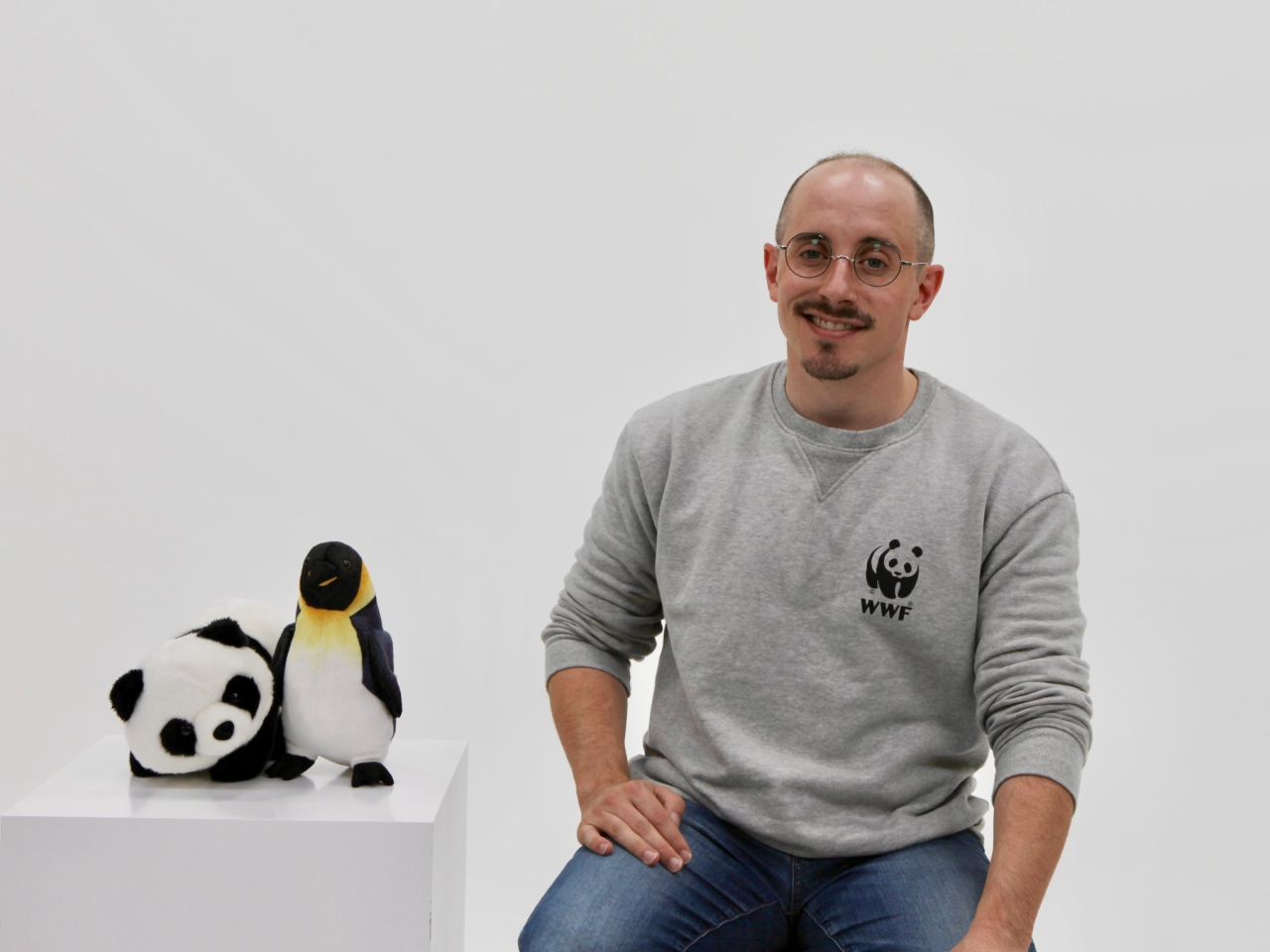 Tyler Rasch poses during a lecture for Herald Eco View 102030, which is an initiative to raise awareness for environmental issues. (Park Ga-young / The Korea Herald)
He said he wanted to publish the book a long time ago but it took longer than he expected to find a publisher that was willing to use FSC-certified materials.

He also went without a belly band for the book, a widely-used wasteful practice in the local printing industry. A belly band is a strip that wraps around a book cover carrying promotional highlights.

Rasch urges people to alter their lifestyles in environmentally sustainable ways, but said this would be only possible if people are interested in saving the earth at all. So he also said that raising awareness about climate change among those who have little interest in the issue is important.

To move people with no environmental awareness, he urges those who are environmentally conscious people to act and speak up.

“Whenever a chance presents itself, they should talk about the environment so that those who don’t take the issue seriously have a chance to think about,” Rasch said.

“When you eat out, demand that you want to use your own container because you want to protect the environment. Don’t be shy about it.”

Here are Rasch’s 10 steps that everyone can take action plans to save the earth:

1. Set indoor thermostats to 1 °C higher than you normally would for summer air conditioning and 1 °C lower for winter heating

6. Shorten shower times and make sure faucets are firmly turned off when not in use

7. Check the Forest Stewardship Council level when using products made from wood such as toilet tissue, paper, and furniture (it can help protect forests and wildlife by choosing sustainably managed trees)

8. Save paper and reuse it

9. Walk, ride a bicycle, or take public transportation whenever possible