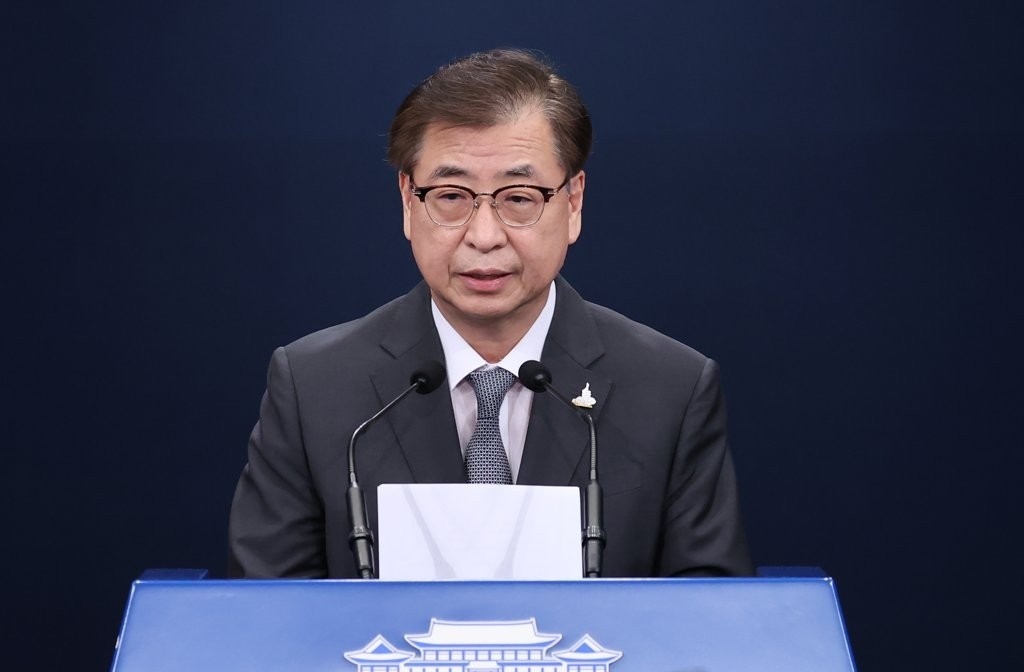 During a weekly meeting of the National Security Council (NSC), they also decided to keep up intelligence cooperation with neighboring countries on the case. The meeting was presided over by Suh Hoon, director of national security at the presidential office.

The NSC members agreed that the government will conduct a "continuous and thorough" search for the body of the fisheries inspector and his belongings, according to Cheong Wa Dae.

The Korea Coast Guard announced earlier in the day that the 47-year-old official seems to have tried to defect to the North across the western sea border last week. The North's border guards, however, shot him to death. The South's military initially said the North had set his body on fire, but the North claimed that the body had disappeared and that it burned a floating material he used.

The NSC official also had discussions on ways to prevent missing person incidents around the inter-Korean border and respond more effectively and swiftly to them. (Yonhap)