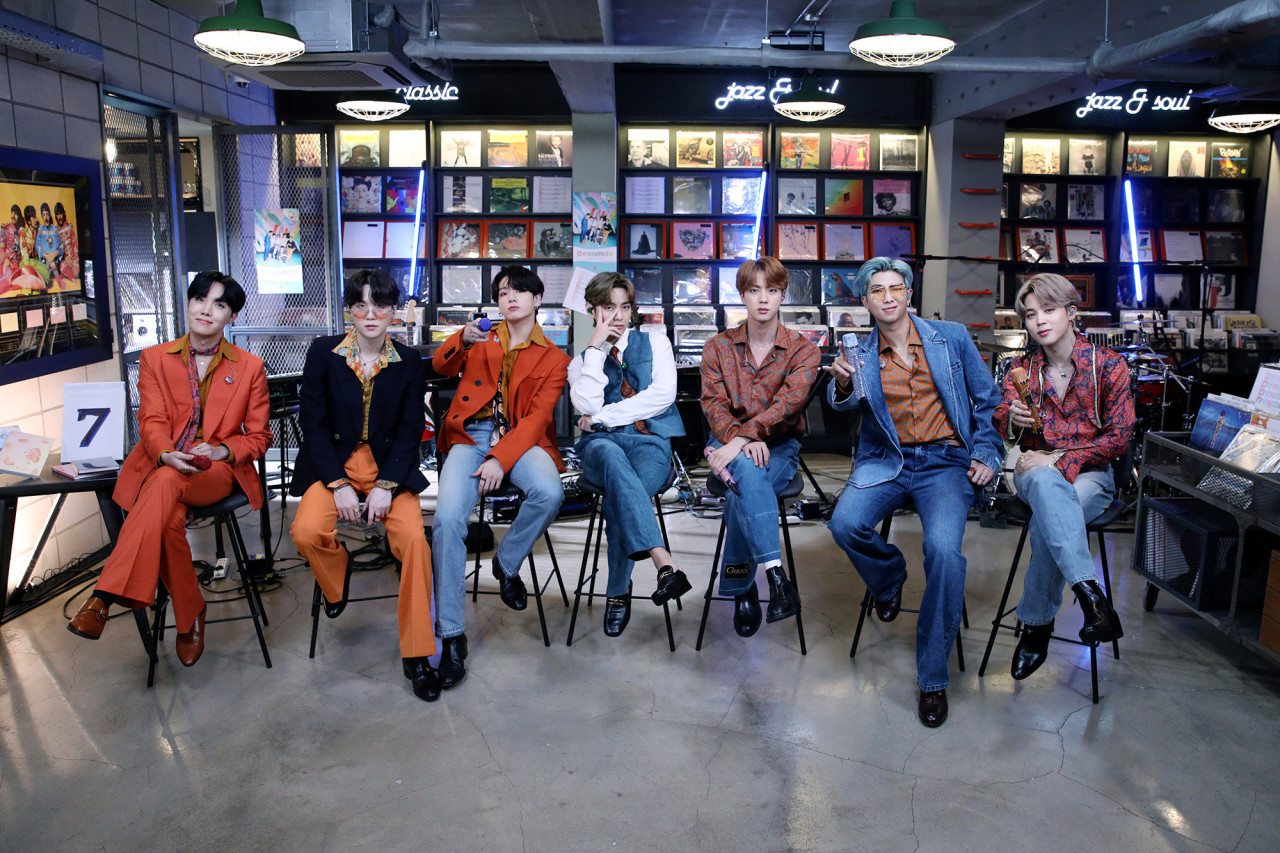 The full chart will be updated Tuesday, measuring all-genre US streaming, radio airplay and sales data.

"Dynamite" debuted at No. 1 on Billboard Hot 100, becoming the 43th song in Billboard's history to do so. It had spent two consecutive weeks at the top spot before sliding to the No. 2 spot where it again remained for two weeks.

The song has led the US music industry, in terms of digital song sales, for five consecutive weeks since its release, according to Billboard.

It also drew 20.8 million radio airplay audience impressions, up 8 percent, from a week earlier, it added.

On the Billboard Global 200, which ranks the top song based on streaming and sales activity from more than 200 territories around the world, including the US, the song gained one notch to move up to first place this week, pushing down "WAP" to the runner-up position.

The song grabbed the top title for two straight weeks on the Global Excl. US chart, which compiles data from regions excluding the US.

BTS celebrated their third No. 1 feat on the Hot 100 with its fans.

"Thanks to your support, a miracle happened to us again," it tweeted. "Thank you BTS ARMY for your support and love. You made this happen!"

According to Billboard, "Dynamite" is also the first song among duos or groups to spend more than three weeks at No. 1 in nearly two years (Yonhap)