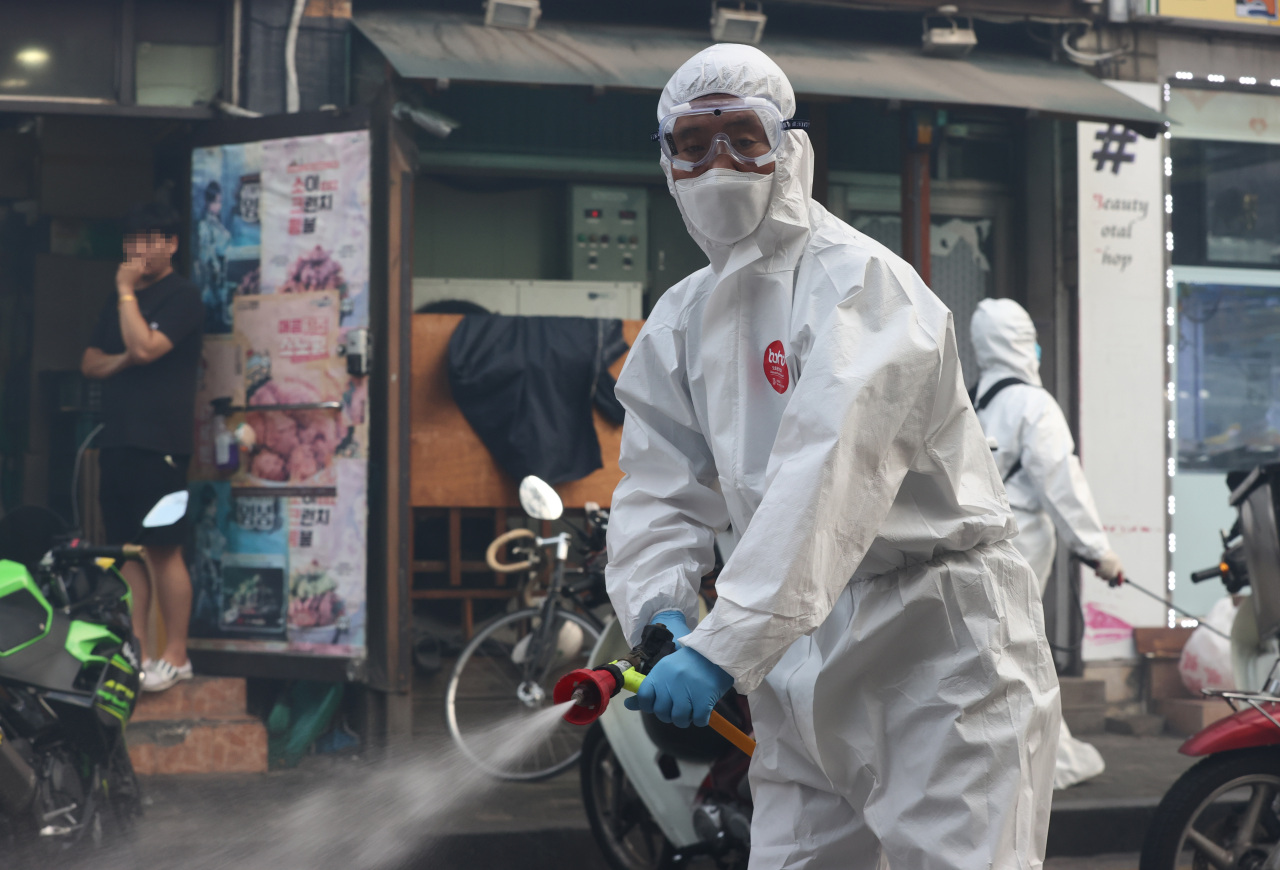 (Yonhap)
South Korea's new coronavirus cases fell below 100 for the first time in four days Saturday, as the country is struggling with sporadic cluster infections in the greater Seoul area and persisting untraceable cases ahead of a major holiday.

South Korea's new coronavirus cases fell below 100 for the first time in four days Saturday, as the country is struggling with sporadic cluster infections in the greater Seoul area and persisting untraceable cases ahead of a major holiday.

The Korea Disease Control and Prevention Agency (KDCA) reported 61 new COVID-19 cases, including 49 local infections, bringing the total to 23,516 as of midnight on Friday.

The country had seen triple-digit daily new cases for more than a month since mid-August due mainly to a surge in infections tied to a church in northern Seoul and an anti-government rally, with the figure soaring to a five-month high of 441 on Aug. 27.

But the figure fell to double digits Sunday and skidded to as low as 61 on Tuesday.

The number of local infections is the lowest since Aug. 13 when the figure stood at 47, according to the health authorities.

Untraceable cases accounted for around 25 percent of the total, it added.

Seoul added 26 new virus cases, and nearby Gyeonggi Province and Incheon saw 14 and one new patients, respectively, according to the KDCA.

Four additional deaths were reported, raising the toll to 399.

The fatality rate came to 1.7 percent.

The number of seriously or critically ill COVID-19 patients stood at 122 as of midnight, down six from the previous day, according to the authorities.

The total number of people released from isolation after making full recoveries was 21,166, up 189 from a day earlier.

The biggest, imminent challenge is to prevent a potential rebound in new virus cases around the upcoming Chuseok holiday, which traditionally entails mass movements of people and family gatherings across the country.

This year's fall harvest holiday runs from Wednesday through Oct. 4.

With a goal to minimize the potential impacts of the holiday, the government decided to designate a special two-week period for strong antivirus efforts starting Monday, while maintaining the Level 2 social distancing guidance.

Under the new campaign, the operation of 11 types of "high-risk" facilities, including clubs, bars and buffets, will be suspended in the greater Seoul area for two weeks. As for non-metropolitan areas, five kinds of risk-prone facilities, such as nightlife establishments will be ordered to shut down for a week.

The authorities also called for the strengthening of quarantine measures further at public facilities, such as restaurants, cafes and theaters, in Seoul and the surrounding areas during the period.

Indoor gatherings of 50 or more people will continue to be banned, and outdoor meetings are not allowed to involve more than 100. Sporting events must be held without spectators.

The number of imported cases stood at 12 as of midnight, bringing the total cases from overseas to 3,161, according to the KDCA.

Of the newly confirmed cases, three came from Uzbekistan, followed by two each from the Philippines, Indonesia and India, it added. (Yonhap)