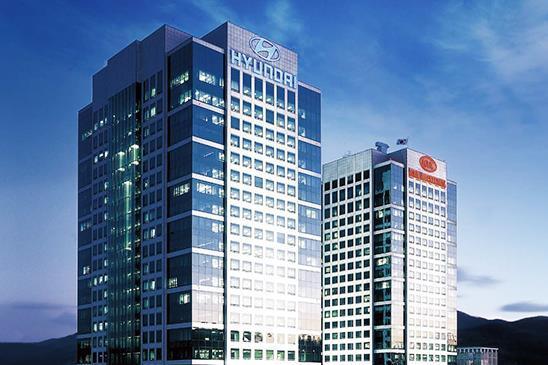 The combined market capitalization of Hyundai Motor Group affiliates surpassed the 100-trillion won ($85.9 billion) mark last week on the back of market expectation on its strength in green vehicle technology, data showed Monday.

As of Thursday, the auto giant‘s 12 listed affiliates had a combined market capitalization of 100.2 trillion won, re-entering the 100-trillion-won club for the first time in 28 months, according to the Korea Exchange.

After reaching the 130 trillion won in market value by the end of 2011, the group has been losing its market interest over declining profits. The market cap of the Hyundai Motor empire dropped below the 100-trillion-won mark since May 2018, and hit the bottom at 45.2 trillion won on March 19.

The group appears to have recovered the market confidence with its focus on eco-friendly car technology, shifting from its long-held corporate image as a traditional vehicle maker, market experts say.

“The sales volume of Hyundai Motor Group’s electric vehicles ranked fifth among the global automakers as of July, while it maintained the largest share in the global hydrogen car market,” said Jung Yong-jin, an analyst at Shinhan Investment Corp.

Including Hyundai Motor Group, the 100-trillion-won club has four members.