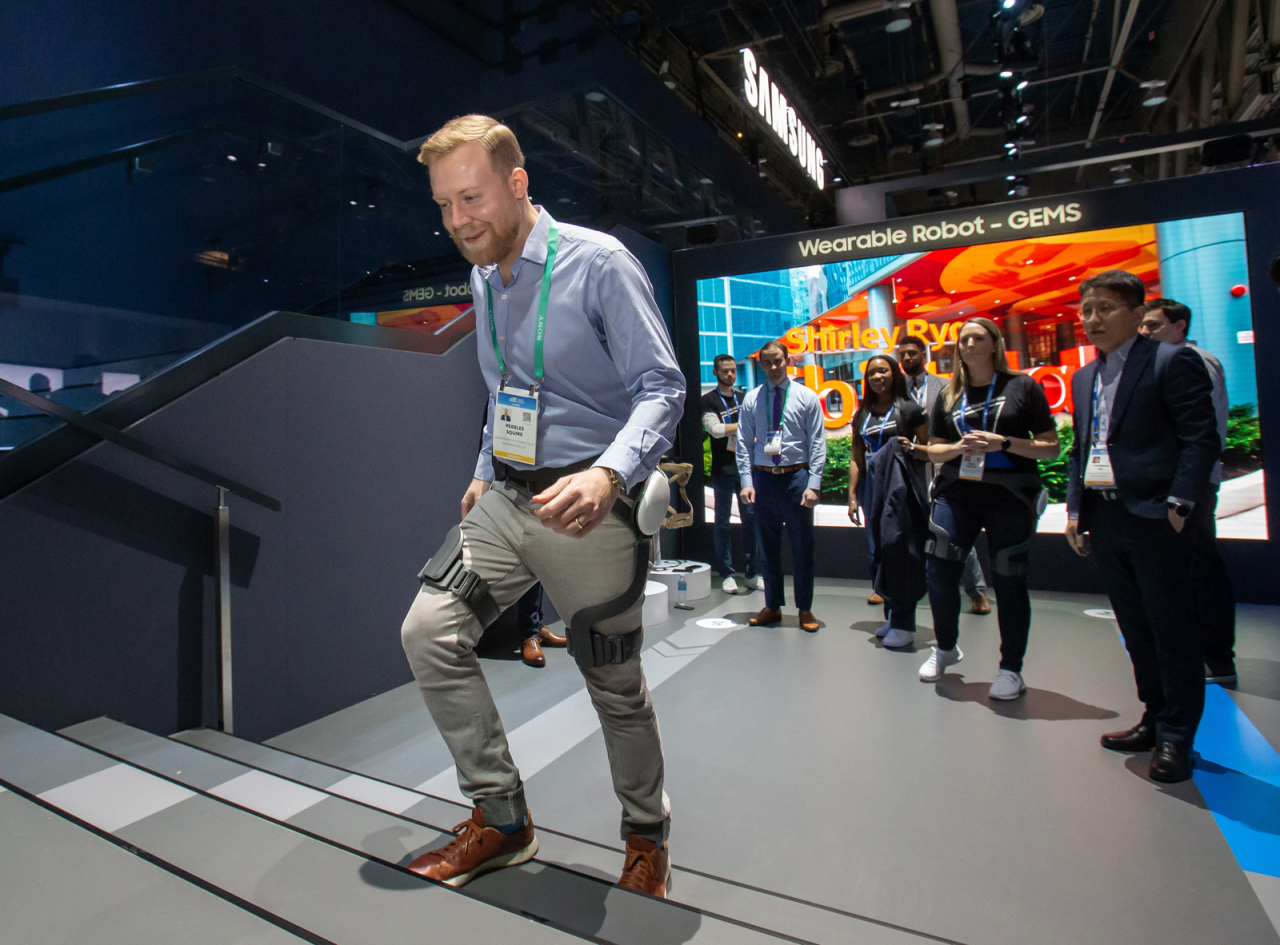 A visitor walks wearing the GEMS Hip at CES 2020 in January. (Samsung Electronics)
Samsung Electronics’ first wearable robot, GEMS Hip, has been certified for its safety requirements by the Korea Institute for Robot Industry Advancement, the company announced Monday.

Samsung first unveiled the GEMS robot, which stands for gait enhancing and motivating system, at CES 2019. The company has developed three types of the wearable robot: GEMS Hip, GEMS Knee and GEMS Ankle.

The certification was granted for the GEMS Hip only as it meets the ISO 13482, the international standard for robots and robotic devices’ safety requirements for personal care robots. It was standardized in 2014.

Samsung marks the first Korean receiver of ISO 13482 certification, according to the company.

The motor for the GEMS Hip has also been certified for its safety of the control system.

“To expand the service robot market, safety is the most important factor,” said Moon Jeon-il, president of KIRIA. “We have expectations that more and more domestically developed service robots and robotic devices would meet the global standards.”

“Samsung will apply the proven safety technologies to a variety of robotic products to elevate consumers’ life quality to a higher level,” said Kang Seong-chul, head of medical robots at Samsung Research.