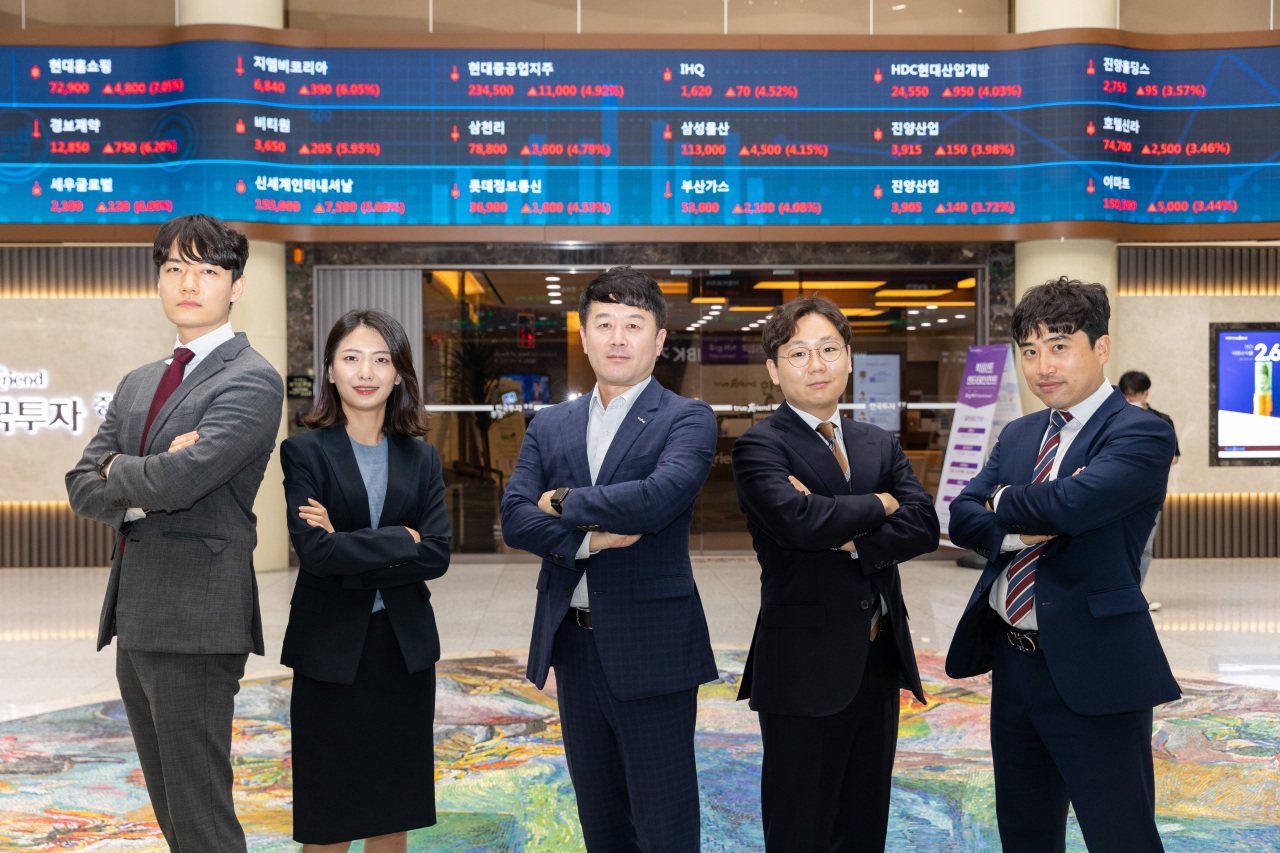 Korea Investment & Securities’ research managing director Yun Hee-do (center) and the AIR team pose at the company‘s headquarters in Yeouido, western Seoul (KIS)
Customer service chatbots and investment robo-advisers have been in place for a while in South Korea, but Korea Investment & Securities recently kicked finance’s use of artificial intelligence up a notch with automatically generated reports for investors.

It is a service Yun Hee-do, head of research at KIS, thinks will help keep the firm competitive by enabling analysts to focus on producing more in-depth, detailed reports.

“AIR not only offers basic information such as main issues and significant information on major stock items to investors every day, but also helps analysts at our brokerage house focus on more valuable tasks,” Yun said in a recent interview with The Korea Herald.

So far, it can only analyze locally listed stocks, but it will start analyzing news reports on some 550 US listed stocks beginning next month.

KIS also plans to provide special reports on specific themes and industries via AIR that include stock items, news, financial information and valuations in the near future, the research head said. 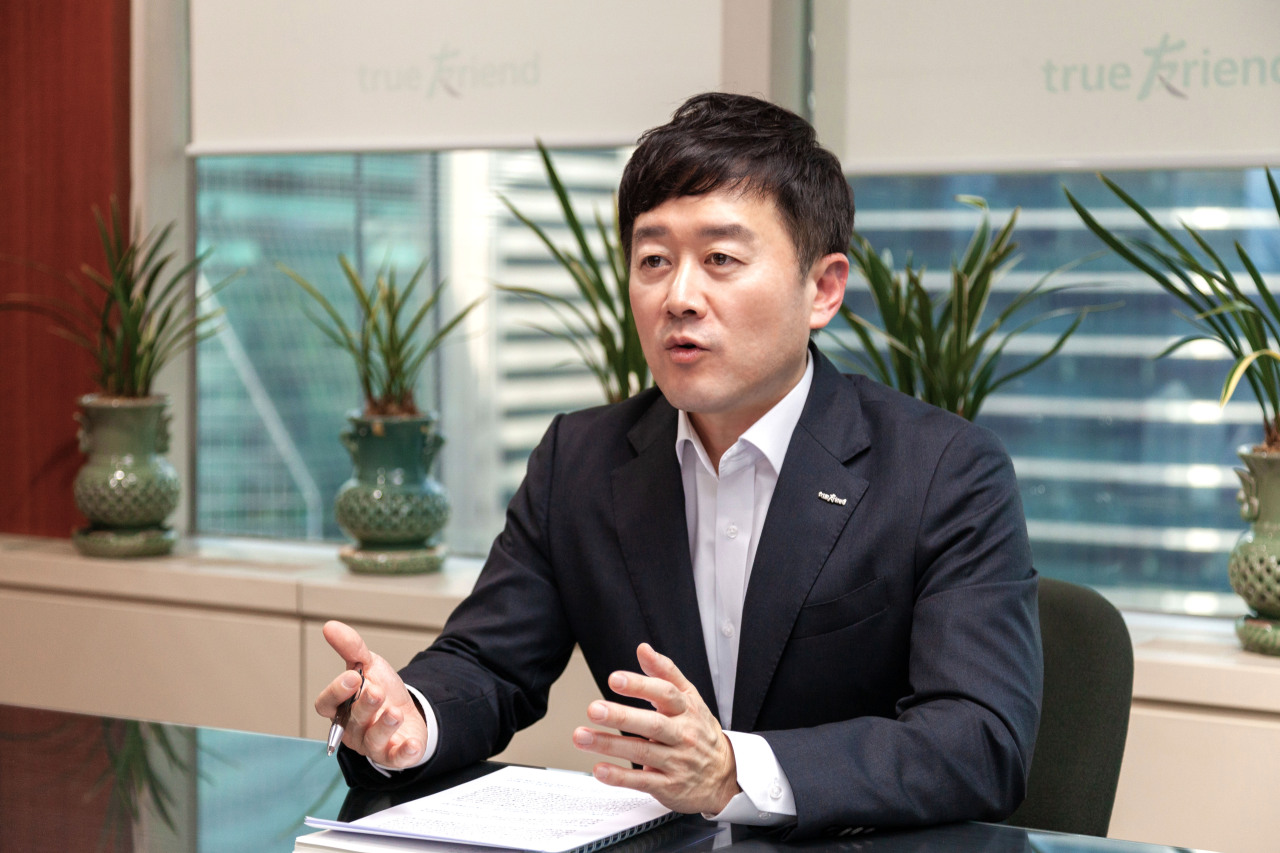 Yun Hee-do, head of research at Korea Investment & Securities (KIS)
It took about six months for the securities firm to develop the AIR equipped with machine learning technology. After the AI system studied hundreds of thousands of news data that were previously analyzed by the brokerage firm’s analysts, it acquired skills to understand and analyze sentences and contexts on its own, Yun said.

The entire algorithm of the AI system was developed by four analysts specializing in mechanical engineering, math and statistics. With the outcome, the brokerage firm acquired five patents for the service.

Along with the government’s drive to expand the use of MyData, KIS will prepare for another innovative service. MyData is a business model that offers integrated management of personal credit information such as banking transactions or credit card records and makes personalized product recommendations to customers.

“Competition among local firms is likely to get even tougher as not only financial firms but big-name tech firms such as Naver and Kakao also dive into MyData business,” he said. “Ultimately, offering wealth management services using AI will be a key business in the financial investment industry. We are open to all possibilities.”

The use of AI in financial services, however, has been raising concerns -- the AI-powered news analysis engine taking over human jobs. But the AIR team strongly believes that the AI technology will further enhance the research center’s capability.

“From the early stage of developing AIR, the team members have claimed that those analysts utilizing AI technology would have stronger competitiveness. To be honest, I was doubtful about what they said but as seeing the result, it made sense,” Yun said.

The coronavirus pandemic has made it clear that a company’s competitive edge comes from its ability of adopting technological system to existing or new services. And for KIS, AIR was a choice of automatizing the company’s research capability.

“AI eliminating jobs or surviving with it is probably a question in all industries,” he said. “We have chosen to survive with the technology.”