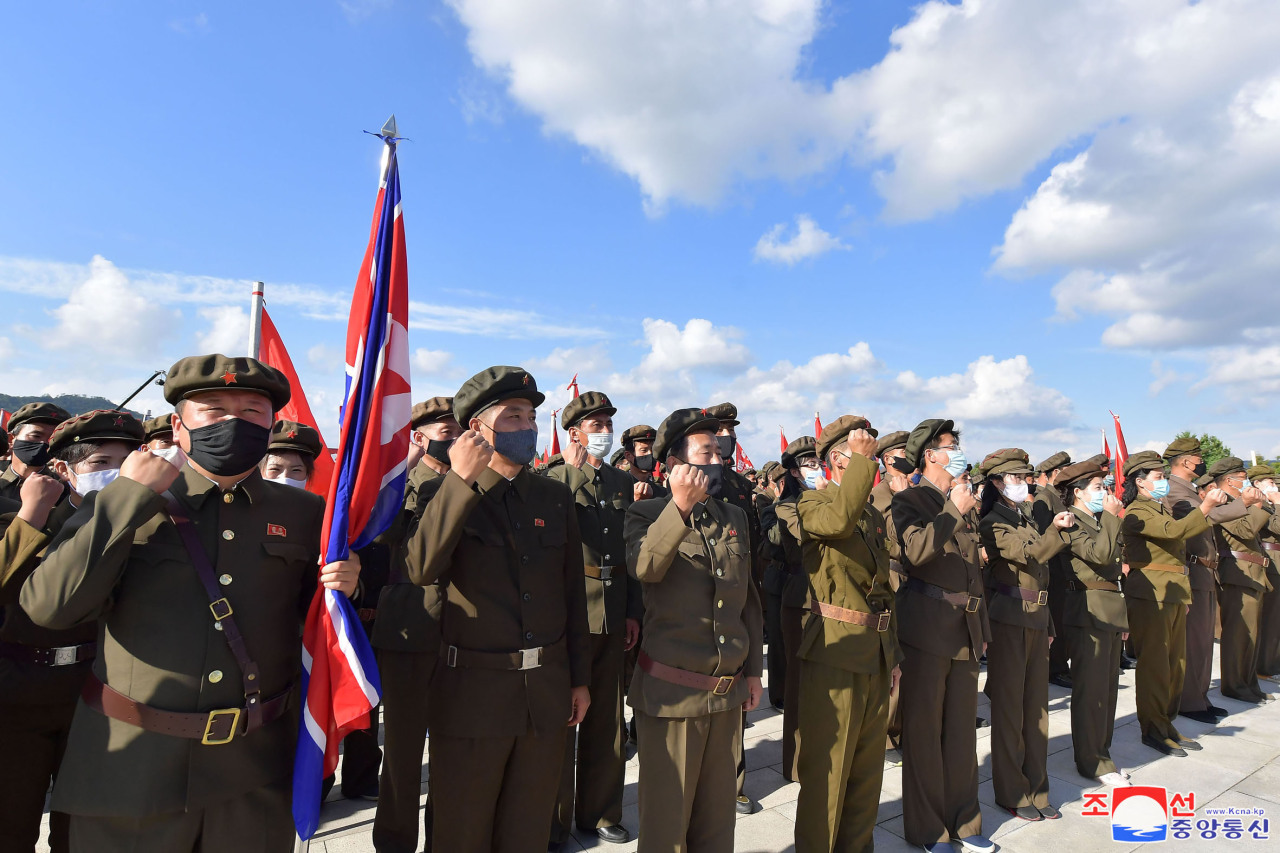 (KCNA-Yonhap)
A North Korean propaganda outlet on Wednesday blasted South Korea over a plan to increase its national defense budget for next year, saying "those enjoying fire would end up being killed by the fire."

South Korea's defense ministry recently asked for 52.9 trillion won ($62.2 billion) in its budget plan for 2021, a 5.5 percent hike from its spending for this year.

"(The South Korean government) is pouring more taxpayers' money in building up its armed forces and playing fire of war than conservative governments," DPRK Today, a North Korean propaganda website, said. "Those enjoying fire would end up being killed by the fire."

"The South Korean government must bear in mind that a reckless increase in military spending represents an act of self-destruction of digging its own grave and pushing itself into a hole of a deadly disaster. It ought to behave sensibly." it added.

The website called the proposed budget hike "a military provocation" and "reckless act" that could spark an arms race.

It also lashed out at Seoul for being hypocritical in taking about peace while at the same time spending a large amount of money on developing high-tech weapons. (Yonhap)