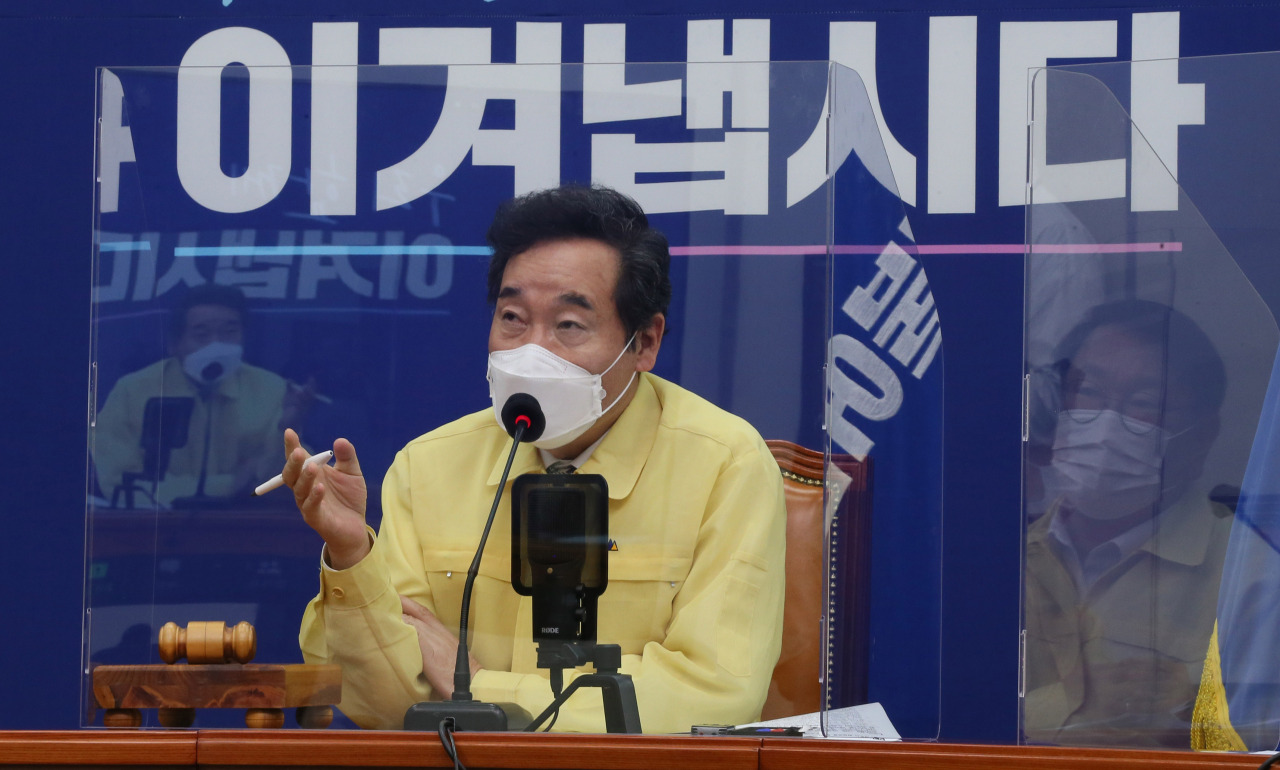 (Yonhap)
The chairman of the ruling Democratic Party (DP) on Wednesday voiced hope for improved South Korea-Japan relations ahead of the expected appointment of Yoshihide Suga as the new Japanese prime minister.

Suga is set to win a parliamentary vote for prime minister later Wednesday following his election as leader of the ruling Liberal Democratic Party on Monday. He will succeed Shinzo Abe, who has resigned over health issues.

"I hope for the elevation of Japan's national destiny and an improvement in South Korea-Japan relations," Rep. Lee Nak-yon said during a meeting of the DP Supreme Council.

"I extend my congratulations to Prime Minister Suga and the Japanese people," he added.

"I express my wish to meet again at an appropriate time," he said.

Lee was prime minister in October when he attended the formal enthronement ceremony of Japanese Emperor Naruhito and also held talks with Abe.

The two countries' ties had hit a new low amid a dispute over trade and shared history. (Yonhap)