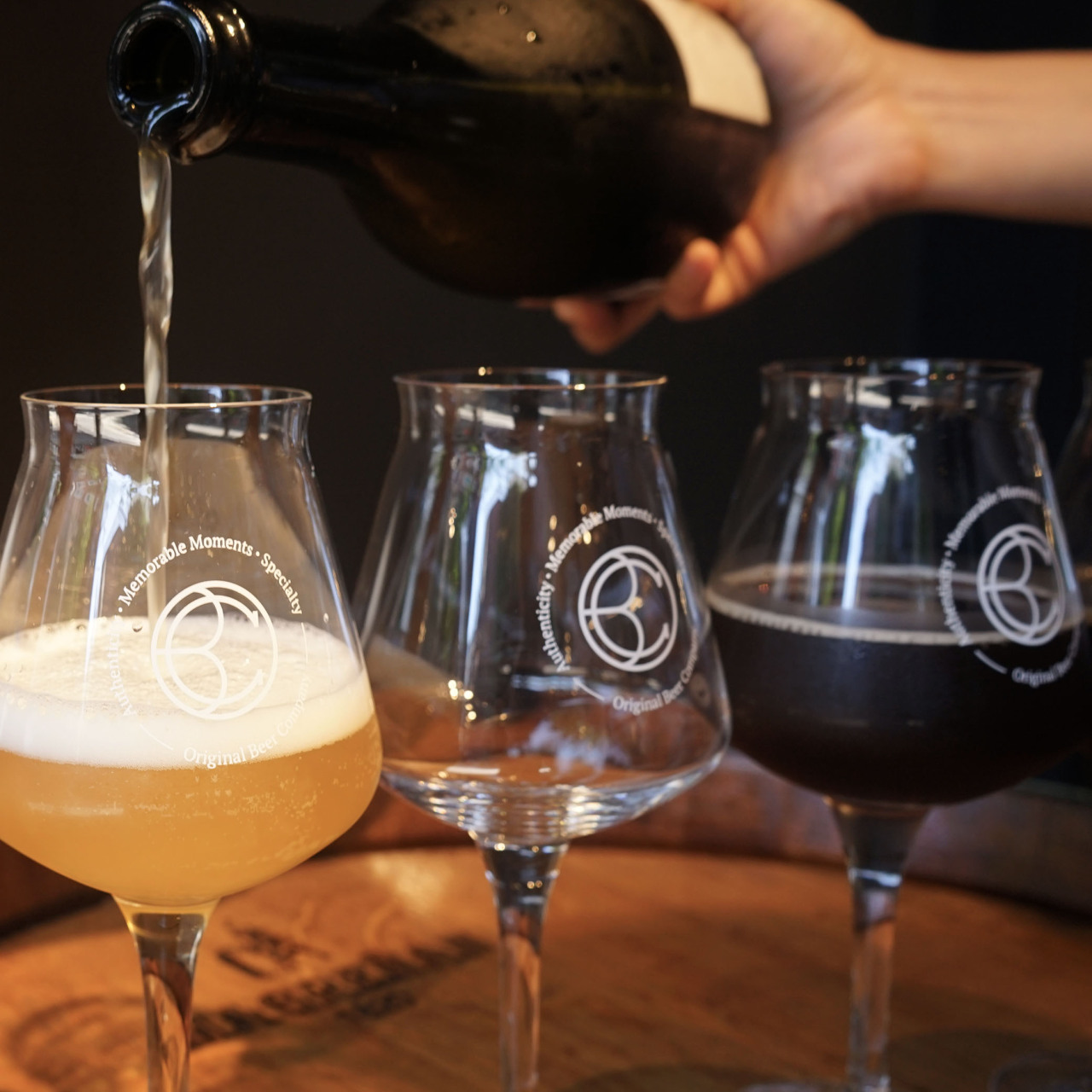 Boasting 9.5 percent alcohol by volume, this brew is stronger than an average ale, and that is no accident.

The newly minted craft brewery is tapping into the global trend of barrel-aged beer -- where beer is fermented in barrels often previously used to age spirits or wine -- to create brews that tend to sport higher ABV numbers. 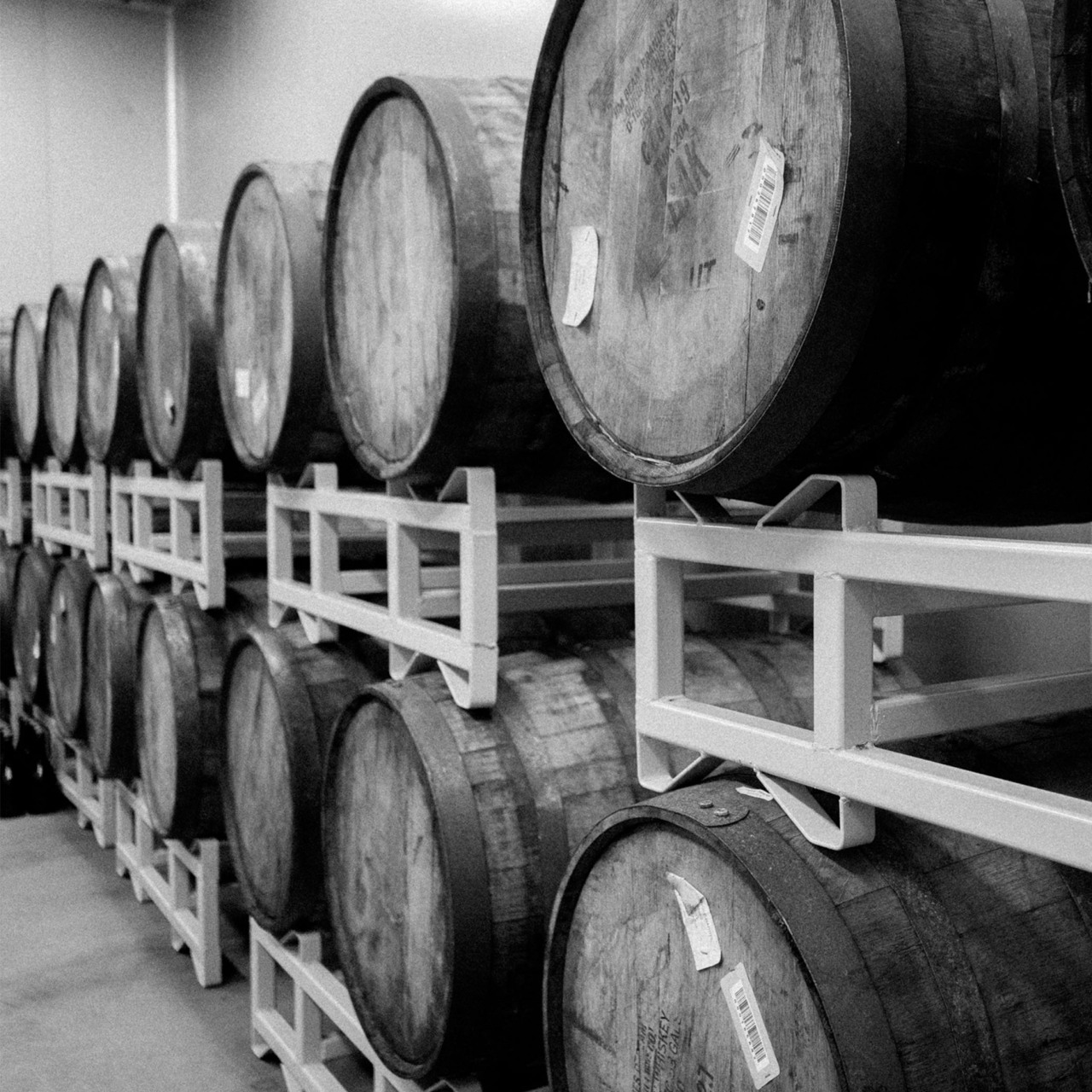 There are traditional lambic beers dating back as far as the 13th century from Belgium, for instance.

However, barrel-aging did not become a global craft beer trend until some 30 years ago.

So why did this fledging beer company decide to hop on the barrel-aged bandwagon?

Original Beer Company CEO Steven Park felt the need to differentiate himself from the rest of the local beer industry. 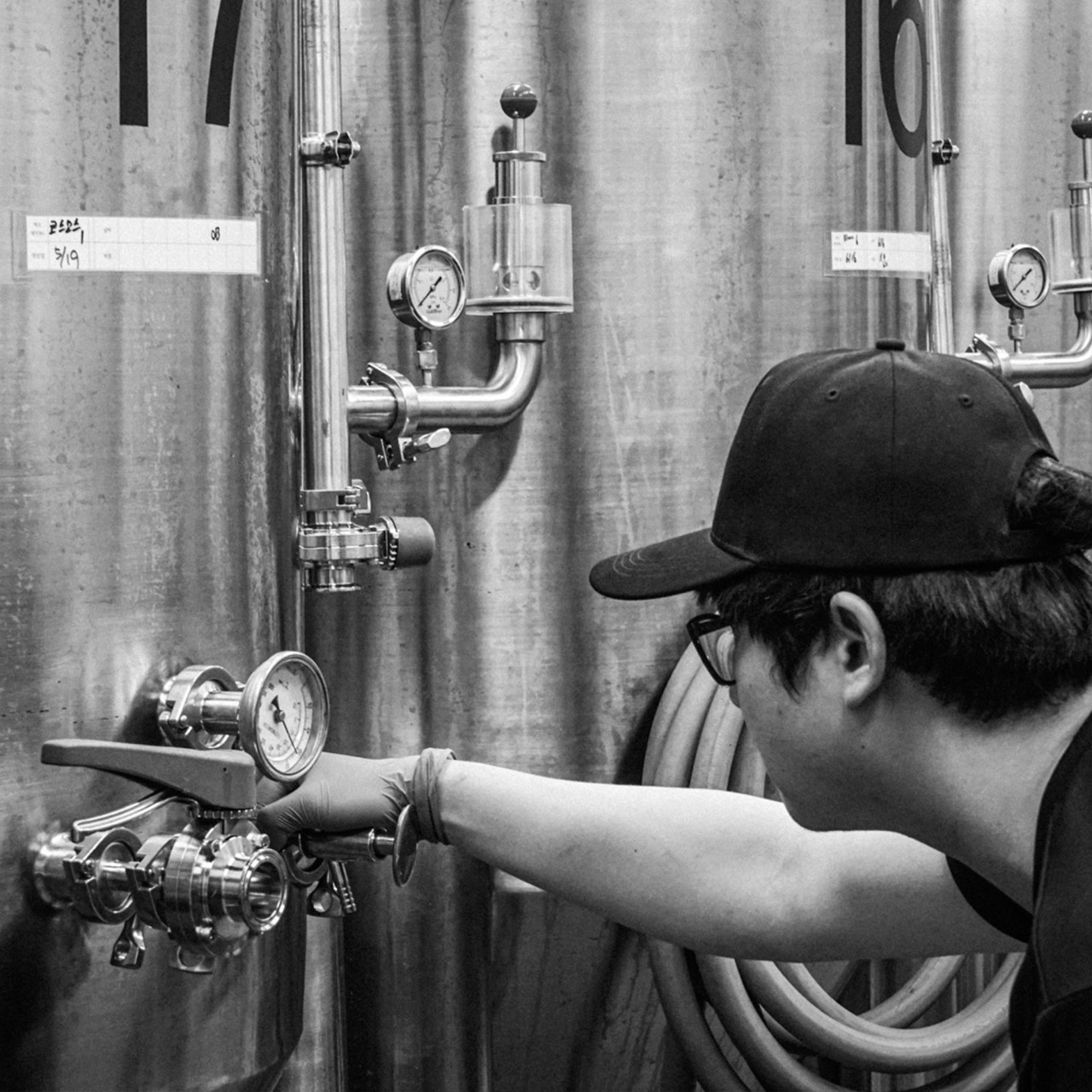 “Right now we are able to produce approximately 14,000 bottles of beer monthly,” Park, 32, said in an email interview.

All the beer from OBC is handcrafted, Park said, explaining how he feels making beer by hand allows one to control each aspect of the brewing process perfectly.

Park is no stranger to beer, while studying for his MBA at Korea Advanced Institute of Science and Technology, he started homebrewing, quickly developing a passion for making beer and entering brewing competitions.

In 2017, Park won first place in the sour ale category at the final round of the National Homebrew Competition in Minneapolis, Minnesota, with his version of the German warm fermented beer gose.

After launching the kombucha brand Brewguru in 2018, Park’s passion for brewing became a reality when he launched OBC this summer, starting with a pop-up shop that lasted until Aug. 30 in Seongsu-dong, Seoul.

While Park definitely knows how to make beer, he revealed he has handed the reins over to head brewer Han Won-jun. 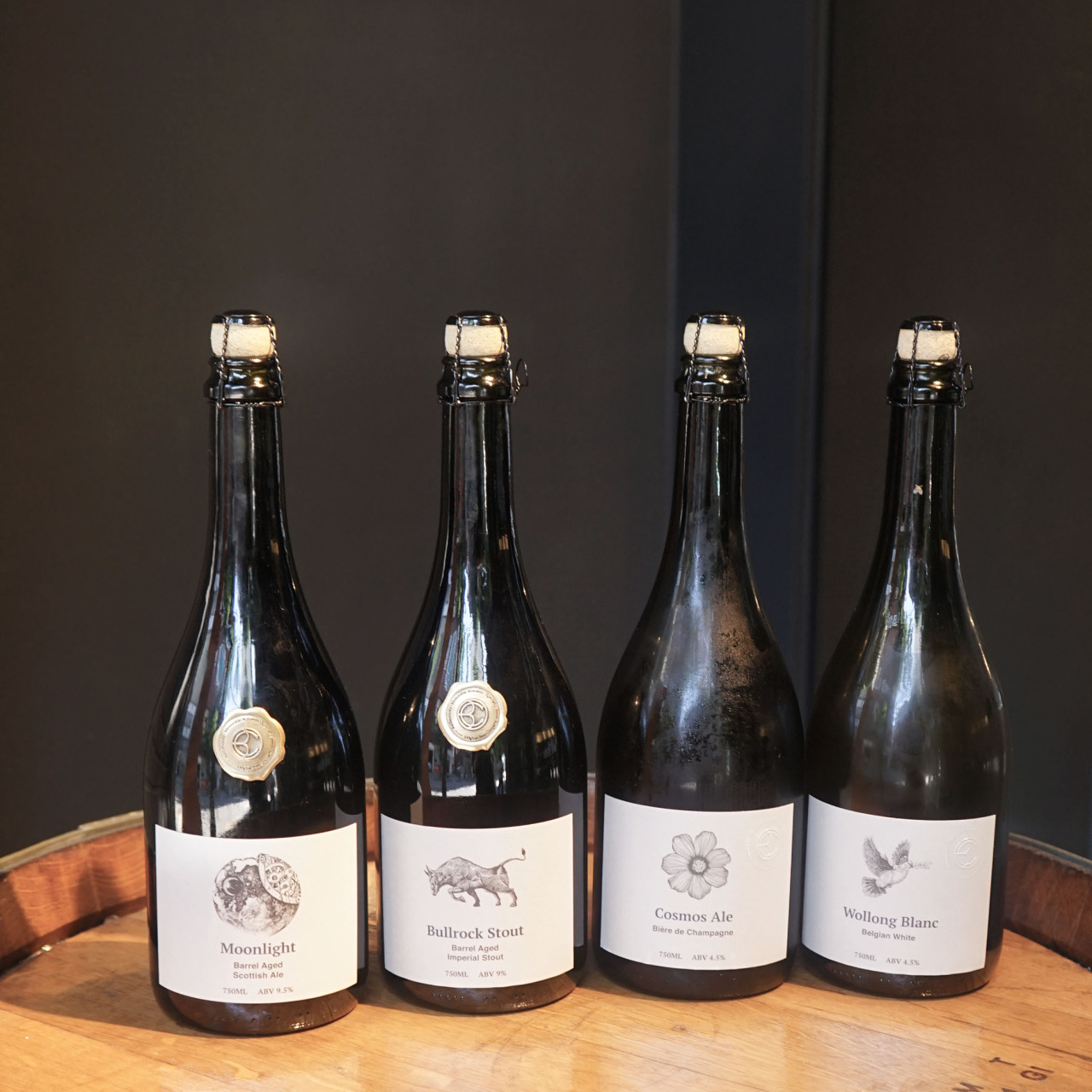 Both barrel-aged beers –- the Moonlight Scottish ale and the Bullrock Imperial stout –- are fermented for around three months in oak barrels previously used for bourbon whiskey, Park explained. 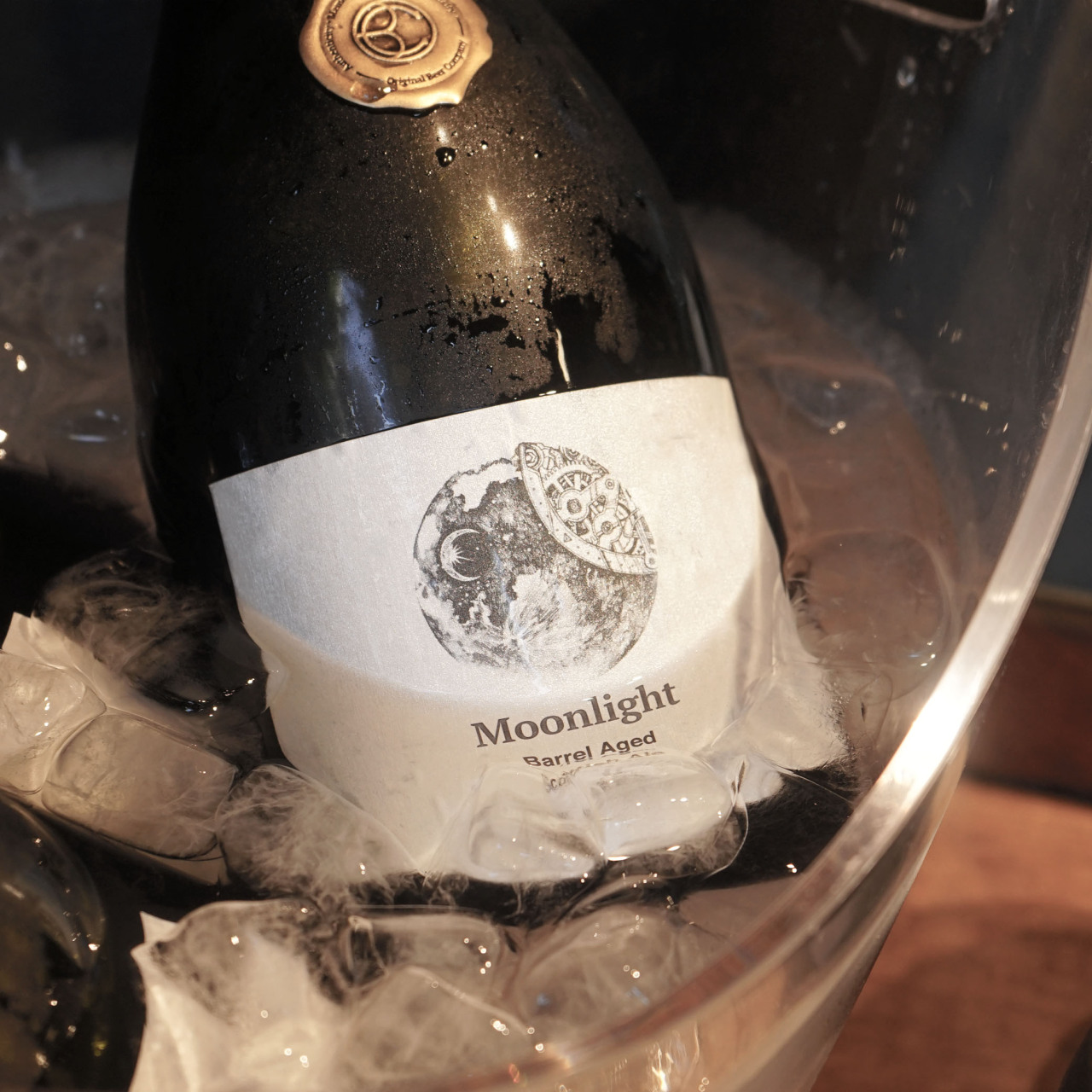 Original Beer Company’s barrel-aged Moonlight Scottish (OBC)
For OBC’s take on biere de Champagne -- their Cosmos ale -- Park says Champagne yeast is used at the beginning of the brewing process, not after the beer has been bottled for an additional fermentation.

“After the beer is bottled, the bottles are left to ferment on their sides,” Park added. “This is crucial for the creation of carbonation.”

The resulting beer, which features yuja -- or citron -- is a light, bubbly, citrusy brew that indeed walks the line between sparkling wine and beer.

All OBC’s beers are bottled in large Champagne-style glass bottles and sealed with cork. This, Park, explained, is not just for show but because additional fermentation is recommended after they have been purchased.

After purchase, Park recommends aging OBC’s Wollong Blanc wheat beer for less than a month, the Cosmos Ale for three to six months and the Bullrock Imperial stout and Moonlight Scottish ale for six months to three years in a wine cellar or a cool, dry place.

Park revealed plans to release his prize-winning take on the German warm fermented beer gose this month as well as a limited edition Koelsch in October.

Plans are also to release a special 1-year-aged edition of the Moonlight Scottish ale next year and to release beers that have been barrel-aged for two to three years as early as 2022.