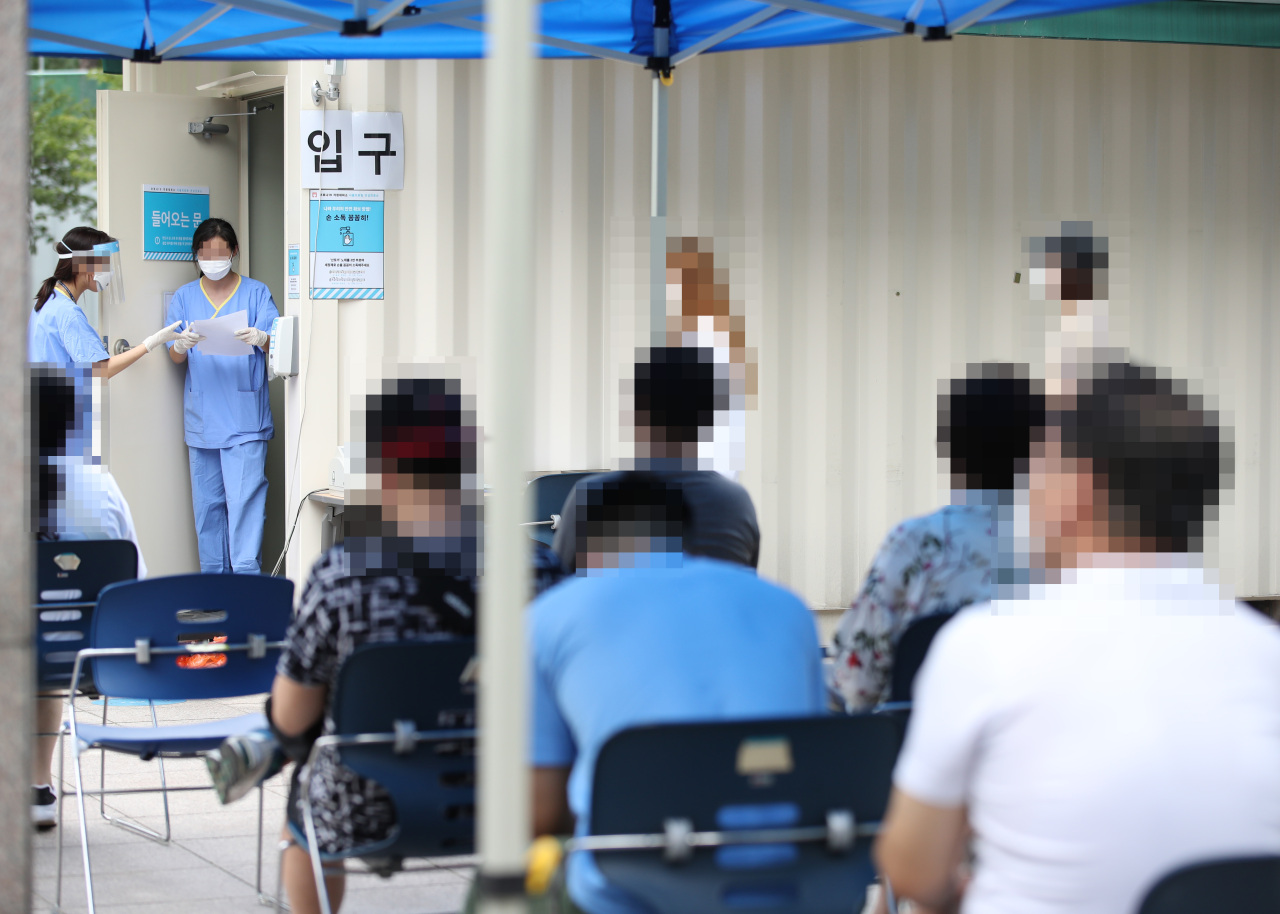 (Yonhap)
South Korea’s COVID-19 tally surpassed 20,000 on Tuesday amid a growing number of patients with severe conditions in the aftermath of the second wave of infections that hit the country’s capital and surrounding area, some seven months after the first case was reported.

The new daily case number reached 235, raising the total caseload to 20,182 as of midnight Monday, according to the Korea Centers for Disease Control and Prevention. Of the new cases, just 13 were imported from overseas while the rest were locally transmitted.

With no additional deaths reported, the county's death toll remained at 324.

The country has seen a slight downward trend in new daily cases after reporting a sharp surge on Aug. 27 with 441 cases but the figures are still far higher than early August when it reported less than 50 daily cases.

The number of patients in serious condition has been growing at a fast clip over the past two weeks, from 9 people on Aug. 18 to 104 people as of midnight Monday.

Concerns over a possible shortage of hospital beds escalated as elderly people aged over 60, who are more vulnerable to the disease, accounted for over 30 percent of the recent cases.

The number of hospital beds available for new serious COVID-19 patients across the country stands at 43, including 9 in the greater Seoul Metropolitan area.

Health authorities expect that the country will see around 130 serious patients through early September.

The Central Disaster Management Headquarters plans to add 40 more hospital beds by Sept. 14 and move patients who are in mild condition to other wards to secure more space.