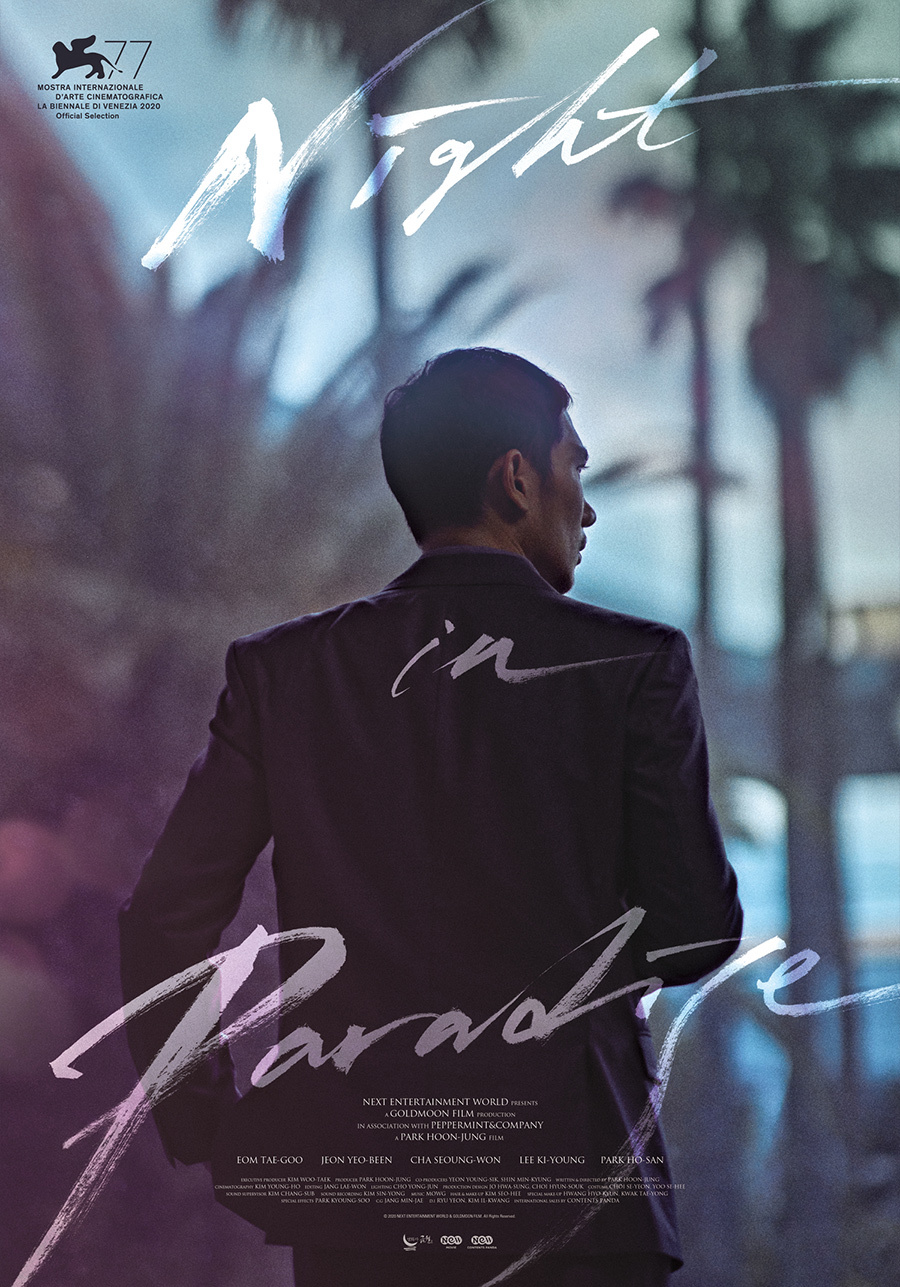 “Night in Paradise” is the only Korean film to be invited to the Italian film festival this year, according to the film’s local distributor Next Entertainment World on Wednesday.

Fronted by actors Eom Tae-goo, Cha Seung-won and Jeon Yeo-been, the film revolves around a man who is targeted by an organized crime group and a woman who sees no hope in life. Lee Ki-young and Park Ho-san also star in the film.

According to NEW, festival director Alberto Barbera said, “‘Night in Paradise’ is one of the best gangster movies coming from South Korean cinema in recent years,” adding, “Park Hoon-jung is an director that deserves full attention for his ability to combine the writing of original screenplays with the creation of complex characters that are never stereotypical, together with impressive and masterly directorial skills. His name will certainly be heard even more in the future.”

Park, 45, made his directorial debut with “The Showdown” in 2010. He is also the writer of thriller “I Saw the Devil” and crime drama “The Unjust.” In 2015, action-noir “New World” and drama flick “The Tiger” were massive successes in Korea, followed by “The Witch : Part 1. The Subversion” in 2018.

Ahead of the film’s world premiere in Venice, the director said, “The film embodies the beauty of northern Jeju’s oceans and its sky, and draws a bloody story on them. I hope the audience can discover the irony coming from the background and the story from their own unique viewpoints,” the director said.