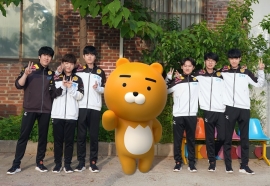 DRX posted a picture with Kakao character Ryan on its Facebook page after signing a sponsorship deal on June 9. (Facebook)

Major companies and celebrities in Korea are showing interest in investing in pro League of Legends esports teams, as LoL Champions Korea continues the application process for teams interested in the franchise system next year.

Although the cost to enter the franchise system is estimated to be over 10 billion won ($8.35 million), all 10 teams in the LCK and most of the Challenger Series teams applied.

Riot Games had previously announced they were looking for companies to develop the esports culture together with, rather than companies merely looking for financial and marketing opportunities.

As such, many teams reported investments by major companies in Korea.

DRX, the current first-place team in the LCK, announced a sponsorship from Kakao on June 9, surprising many fans. DRX then went on to announce on July 16 that they had raised 12 billion won from major investors, including Korean actor Bae Yong-joon, and confirmed an additional future 15 billion won in investments from ATU Partners and Kibo Steel. DRX also has sponsorship deals with Red Bull and McLaren. 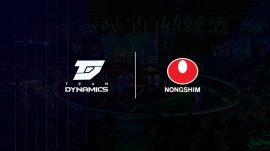 SeolHaeOne Prince (formerly APK Prince) of the LCK has inked a sponsorship with Seolhaeone Resort in Gangwon Province. Absolute Power Esports, which owns SeolHaeOne Prince, also announced on July 22 that K-pop group EXO’s Sehun had joined as an investor.

Another resort, Sono Hotel and Resorts (formerly Daemyung Resort), announced that it would sponsor Challenger Korea’s Awesome Spear (formerly Spear Gaming) on July 20 and attempt to enter the franchise system.

“We hope to expand esports culture as well as make new millennial generation customers through the global infrastructure of the LCK franchise system,” said a representative of Sono Hotel and Resorts.

Traditional teams in the LCK owned by major companies with strong finances, meanwhile, are attracting greater investments from global companies. 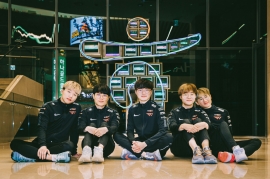 Members of T1, including Faker (center), pose in front of the Hana Bank logo after inking a sponsorship agreement. (T1)

Three-time world champions T1 (formerly SKT), with the most celebrated LoL player Faker, announced on July 24 that Hana Bank will be joining as sponsors.

“In the past, esports was regarded as something only people interested in games enjoyed, but it has become part of mainstream culture,” said Yeom Jung-ho, head of future finance projects at Hana Bank. “Through partnership with T1, Hana Bank will take a leap forward by expanding customer base to the younger generation, making Hana One Q’s brand known throughout the world and expanding the financial product field using esports.” 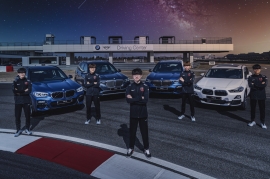 Members of T1, including Faker (center), pose in front of BMW vehicles. (T1)

Teams like KT Rolster, Hanwha Life Esports, Sandbox Gaming and Afreeca Freecs of LCK have the strong financial backing of their companies, although whether these companies will actively try to enter the franchise system remains up in the air.

In addition to acquiring sponsorships, teams have demonstrated interest in developing esports.

Optimum Zone Esports, which owns Challenger Korea’s Optimum Zone Gaming, acquired Nexon Arena at Gangnam Station in Seoul after the facility decided to close in June. Optimum Zone Esports announced that the arena would be converted into a facility for pros to practice as well as meet fans if the LCK franchise is realized. 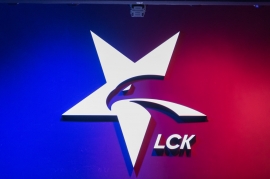 Such heightened attention by companies in the LCK franchise system is due to League of Legends being the most popular game in Korea, and the franchise system aims to make esports something all generations can enjoy together. LoL has been at the top spot in the list of most popular games in Korean PC gaming rooms for over 100 consecutive weeks. Riot Games announced that an average of 4.6 million people watched the LCK each day, with over 60 percent being international views. With the ability to reach out to the younger generation and global customers, the LCK franchise system that allows stable investments in teams without the risk of relegation is grabbing companies’ interest.

With the Korean government recently announcing the development of esports as new Hallyu content, interest in the franchise system as a global marketing tool has received a further boost.

Most of the 21 teams that applied have passed the documentation round, and the next round will see each team presenting its vision for esports. The selection for the franchise system is scheduled to be announced in late September.