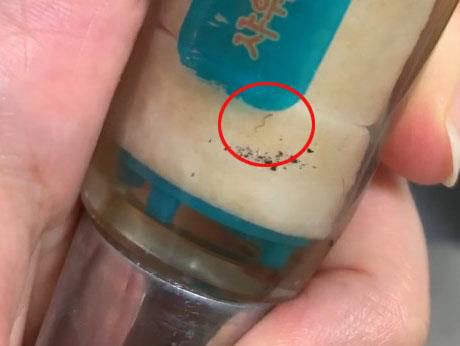 A total of 10 such complaints have been filed in the city’s largest district, Seo-gu, since last Thursday. The Incheon Metropolitan City Government told a total of 28,262 households in the district to refrain from drinking tap water while it investigates.

Inspectors have so far found no sources of contamination and said the overall water quality was up to standards. As the complaints were limited to specific areas, the city authorities suspect problems with water tanks or pipes, but not with the water purification centers or the water itself.

“There really weren’t any problems with the tap water itself in terms of quality, but to be safe, we warned people to refrain from drinking it directly,” a city official said over the phone.

The Incheon Metropolitan City Office of Education barred schools in areas where complaints were filed from operating their cafeterias or using tap water. The education office is also planning to inspect the schools in Seo-gu and discuss additional response measures.

The same district experienced a tap water crisis in May last year. It was the color of the water that alarmed residents at that time. About 26,100 households, schools and restaurants had reddish tap water, stoking health concerns. The city later found that contaminants from aged water pipes appeared to have leached into the household water supply during and after construction work.