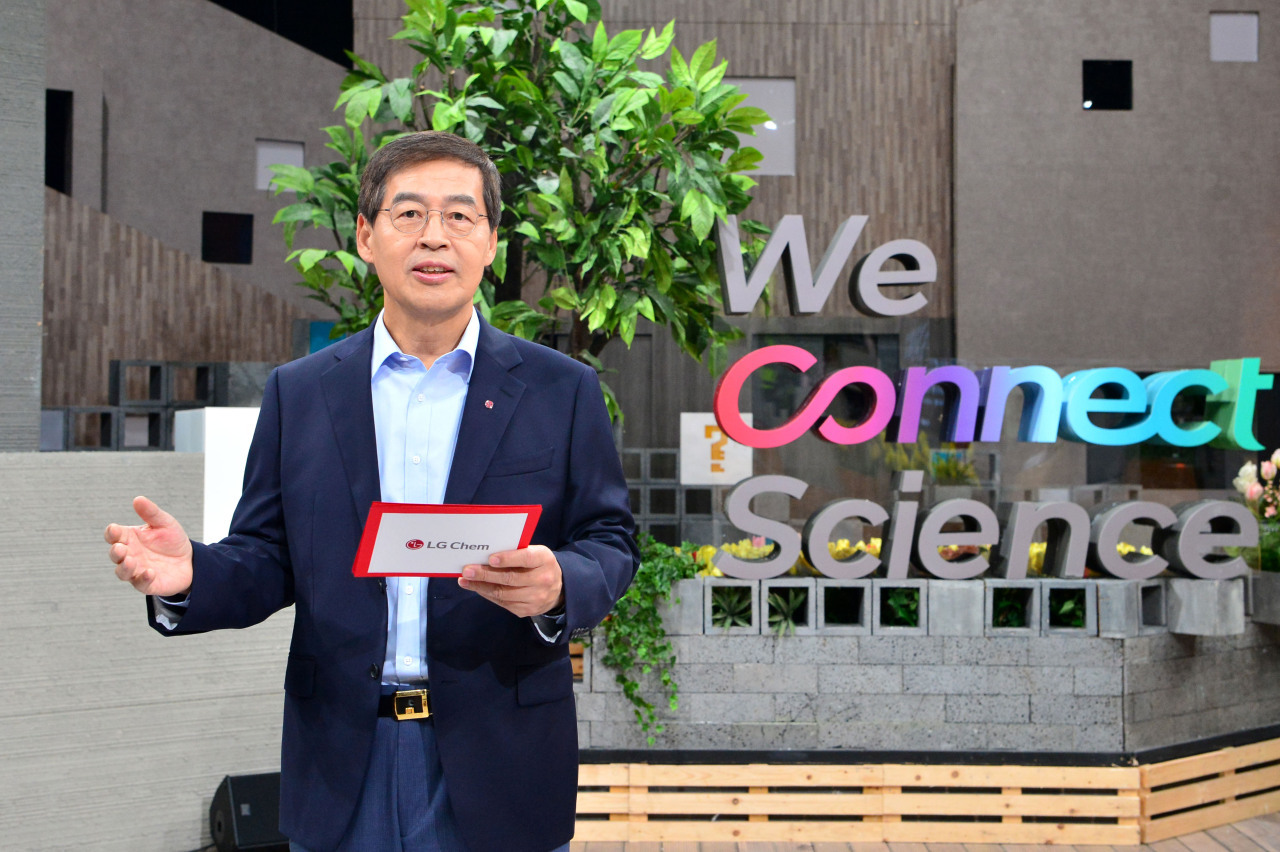 LG Chem will neutralize its net carbon emissions increase to make it zero by 2050, according to its “Carbon-neutral Growth 2050” initiative unveiled Monday.

“It takes 220 million pine trees to offset 30 million tons of carbon emissions, which is the amount of carbon emitted by 12.5 million internal combustion engine vehicles for one year,” a company official said.

To neutralize the 30 million tons, LG Chem’s business sites at home and abroad will manufacture products 100 percent by renewable energy. LG Chem will either generate renewable energy on its own or purchase it from outside electricity providers.

“For reuse, LG Chem will retrieve dead EV batteries from automaker clients and put them inside energy storage systems at EV charging stations. LG Chem is currently developing a technology that can predict the remaining lifespan of dead EV batteries,” the company official said.

For the recycling of dead EV batteries, LG Chem will establish a sustainable circulation system in domestic and overseas production bases to extract raw materials such as lithium and cobalt, which will contribute to the stability of the company’s supply chain.

“Sustainability is the core competitive advantage and the basis of a new business model for LG Chem’s next century beyond our 100th anniversary,” LG Chem Vice Chairman Shin Hak-cheol said.

“We will solve not only customer problems but also the pain points in the environment and society by providing innovative and differentiated solutions for sustainability.”

LG Chem’s sustainability efforts also extend to plastics, as it aims to develop biodegradable plastic to solve environmental pollution and microplastic problems. It plans to commercialize biodegradable and corn-based plastic materials by 2024.

Other major Korean firms have been making carbon-neutral pledges.

According to Samsung Electronics’ 2020 Sustainability Report, 92 percent of the electricity the company used in the US, China and Europe last year was generated by renewable energy sources, and it plans to increase that figure to 100 percent this year. It also said the firm reduced 5 million metric tons of greenhouse gases by boosting the efficiency of its facilities last year.

Samsung Electronics will use as much as 500,000 metric tons of recycled plastic by 2030 to make products such as refrigerators, air conditioners and phone chargers. This year it will make 100 percent of its packing boxes and manuals from certified sustainably sourced paper and recycled paper, the company explained.

Meanwhile, Korean refiner GS Caltex aims to recycle plastic waste to produce compounded resin instead of incinerating them. The move is expected to reduce carbon dioxide emissions by 6.1 million tons annually -- equivalent to planting 9.3 million pine trees -- according to the oil refiner.

SK Innovation, another Korean refiner, invested 40 billion won ($33.4 million) in December to replace heat exchange facilities with those with improved efficiency at its Incheon plant, which is expected to reduce carbon dioxide emissions by 80,000 tons annually.