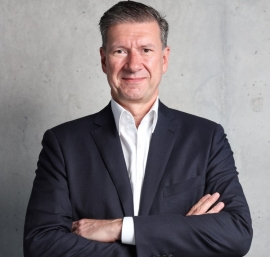 Dirk Lukat, new chairperson of the European Chamber of Commerce in Korea and CEO of Schenker Korea (ECCK)

The European Chamber of Commerce in Korea has appointed Dirk Lukat, CEO of Schenker Korea, as the new chairperson, the organization said Tuesday.

Lukat is a German citizen and has been the CEO of Schenker Korea in Seoul since January 2015. He will represent the ECCK and oversee its operations and activities, effective July 1, 2020.

The new leader started his career at Schenker & Co. in Frankfurt in 1986 and held management positions at DB Schenker in Singapore, Vietnam and India. Before coming to Korea, he served as general manager of Schenker-Seino in Japan.

“ECCK will spare no effort to contribute further to a sustainable and successful future of its member companies. As the chairperson of the ECCK, I am dedicated to serve the chamber’s mission, which is to build value for our members with focus on better representing the business community’s concerns in Korea,” said Lukat.

ECCK also announced that Bjorn Hauber, Mercedes-Benz Korea’s incoming CEO, will be joining as a new member of the ECCK board of directors.

His predecessor, Dimitris Psillakis, had served as ECCK chairman. Psillakis is moving to Mercedes-Benz USA as head of sales and product management from Sept. 1.