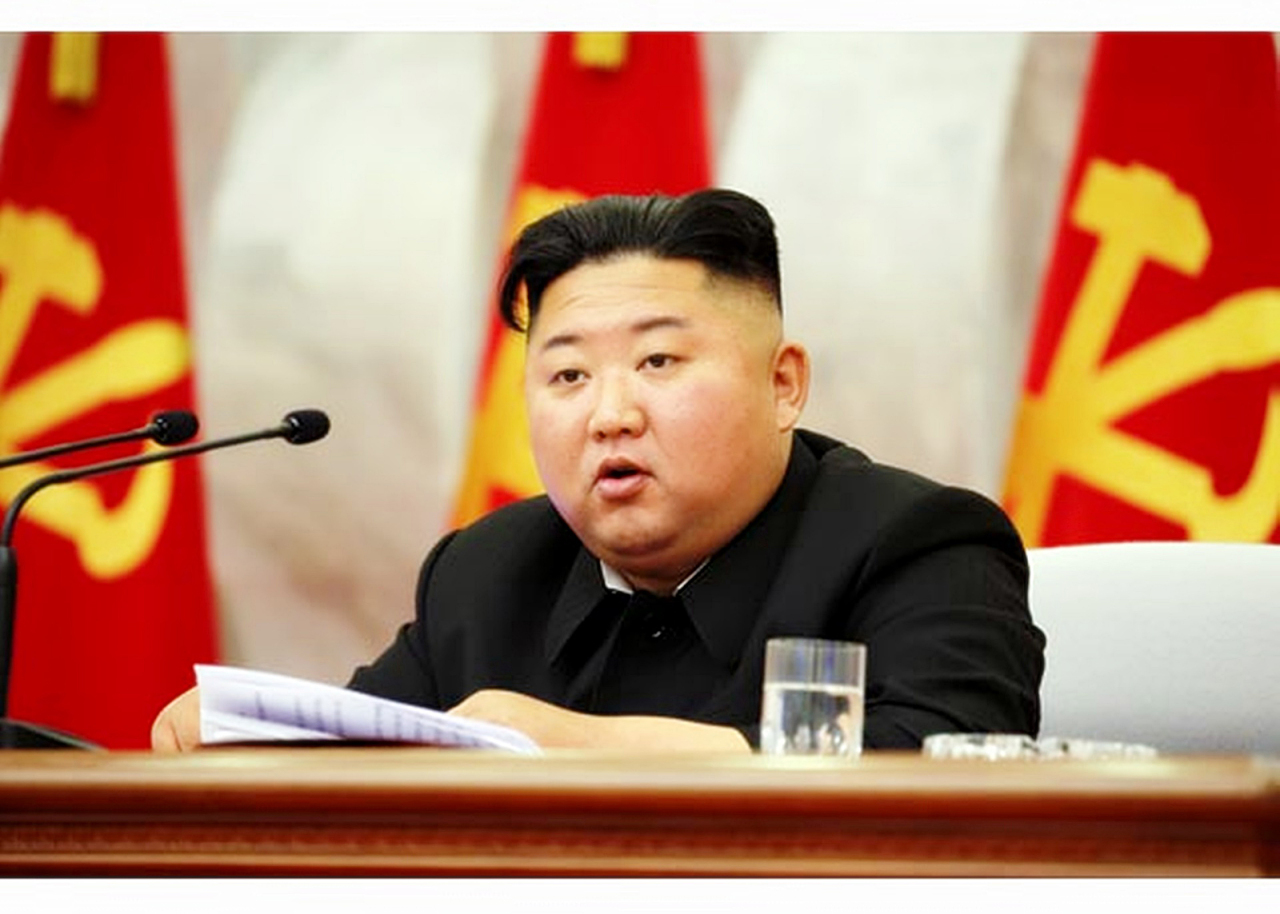 Kim presided over the meeting of the Central Military Commission of the ruling Workers’ Party, which the Korea Central News Agency said was held to discuss “putting the strategic armed forces on a high alert operation” in line with the “building and development of the armed forces of the country.”

“Set forth at the meeting were new policies for further increasing the nuclear war deterrence of the country,” the report said.

The KCNA did not detail those policies, but added that “critical measures” were taken at the meeting to increase the firepower of the Korean People’s Army. Since early this year, the North Korean leader has been seen guiding artillery firing drills, indicating his ambition to fortify the country’s military capabilities.

He also signed seven orders at the session, the KCNA said, including one enhancing the roles and responsibilities of major military educational institutions; one reorganizing the military command system “to meet the mission and duty of the security institutions”; and one promoting several commanding officers.

Workers’ Party Central Committee Vice Chairman Ri Pyong-chol, who spearheaded the North’s nuclear development, became vice chairman of the Central Military Commission, signaling his expanding influence in the top military decision-making body. The post had been vacant since the dismissal of Hwang Pyong-so in 2018.

Pak Jong-chon, chief of the general staff of the army and a specialist in artillery and missile forces, was promoted to vice marshal.

The promotion of the two officials with expertise in nuclear weapons and missiles, both of whom are frequently spotted beside Kim at military events, indicates the regime’s focus on bolstering the country’s nuclear and missile capabilities.

The state outlet did not indicate the exact date of the meeting, but Pyongyang usually reports on its events the day after they take place.

In Seoul, Cheong Wa Dae, the presidential office, said related offices were analyzing the results of the meeting, Kim’s first activity in three weeks. He was last seen at a local fertilizer plant May 1, quashing rampant speculation about his health and whereabouts.

The leader had been absent from the public eye for another three weeks before that, and missed events on April 15 to celebrate the country’s most important holiday -- the birthday of his grandfather and the state’s founder, Kim Il-sung.

In the pictures published by the KCNA and the party’s mouthpiece the Rodong Sinmun, neither Kim nor any of the more than hundreds of North Korean military leaders wore face masks, although the North is said to have imposed strict anti-virus precautions.

Kim, wearing his signature Mao suit, delivered his speech to an audience of military officials while standing at a podium and used a stick to point at a board, revealing no apparent health problems.

The latest military meeting arrives five months after the last one in mid-December, a week before the North’s year-end deadline to the US to change its “hostile” policy or forgo progress on nuclear talks. Denuclearization talks with the US have been stalled since the summit between US President Donald Trump and Kim last February in Hanoi, where the two sides failed to narrow their differences over the extent of sanctions relief that should be provided in exchange for steps toward denuclearization.

With no new offer from Washington, Kim kicked off the new year by issuing threats, including lifting a self-imposed moratorium on nuclear and missile tests and debuting a new strategic weapon.

Since then, the North has ramped up its missile tests, firing unidentified projectiles into the East Sea several times this year.