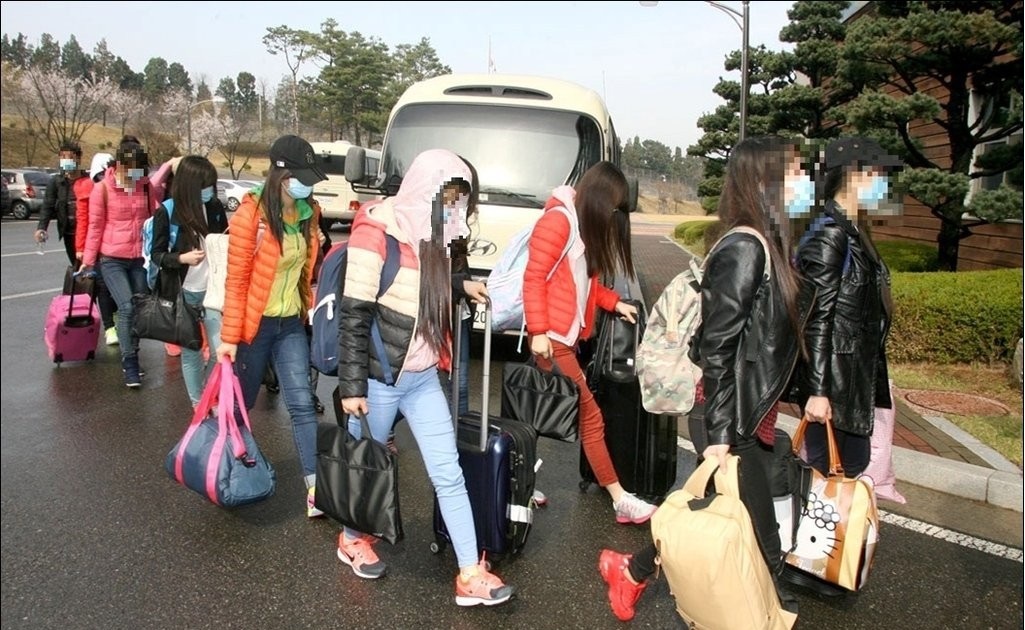 North Korean restaurant workers who defected to South Korea (Yonhap)
The United Nations Human Rights Committee said Wednesday a group of North Korean workers who defected to South Korea in 2016 are not being detained against their will, as claimed by lawyers who submitted a complaint to the UN body on behalf of the defector’s self-proclaimed families.

In 2016, 13 North Korean restaurant workers in China defected to South Korea. A year later, one of them, the manager, claimed Seoul’s spy agency orchestrated the defection to politicize the event.

Progressive civic group Lawyers for a Democratic Society filed a complaint with the UN Human Rights Committee, saying the defectors were wrongly detained and their rights to seeking outside counsel and speaking to their families, among others, had been violated.

The lawyers’ group said they represented 23 plaintiffs who said they were family members of the defectors.

The committee sided with the South Korean government that argued the defectors could submit a complaint themselves if they had to, but had not.

The committee also found the defectors were in a position to have formally evoked a power of attorney to make their cases and not rely on the outside counsel backed by self-proclaimed family members.

The UN body concluded that the complaint therefore had no merit.

For the committee to consider the merits of a complaint, either individual victims whose rights have been violated should submit the request or those representing them should justify reasons for acting on their behalf

The lawyers’ group said it had no comment on the committee’s finding.