[ The Korea Herald – Send E-mail ]
People flock to mountains for respite from virus
Hiking, camping emerge as ‘coronavirus-free’ activities
By Im Eun-byel
Published : May 9, 2020 - 16:01
Updated : May 9, 2020 - 16:01
Earlier this week, during the “golden holiday,” mountains across South Korea were teeming with hikers and campers, eager for an outdoor getaway while taking precautions against the coronavirus.

With the novel coronavirus apparently on the wane in Korea, and the weather mild and pleasant, Koreans are heading to the mountains for “coronavirus-free” activities. 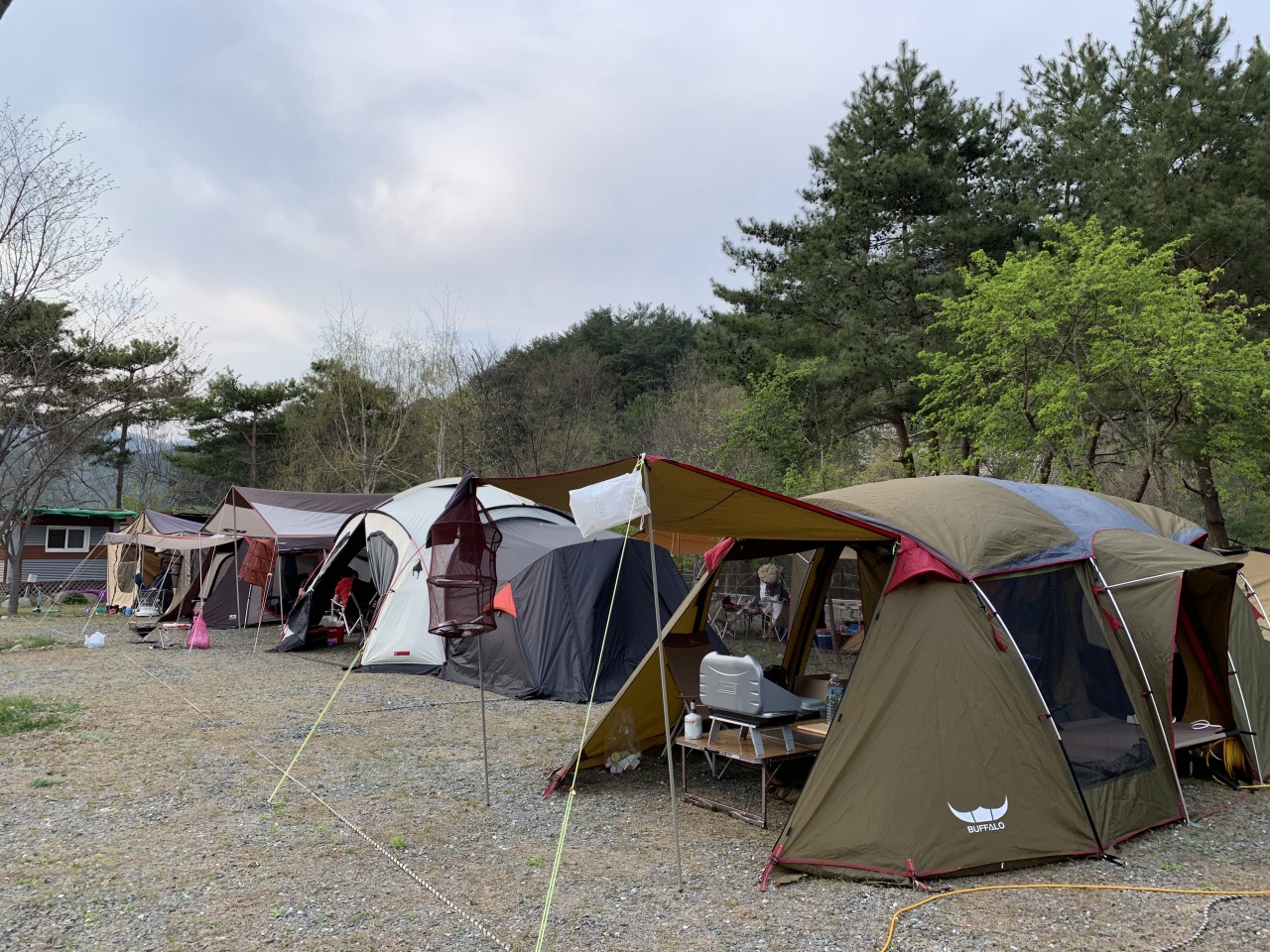 Tents are set up shoulder to shoulder at a camping site in Hongcheon, Gangwon Province, April 30. (The Korea Herald)
Camping -- an outdoor activity that virtually guarantees some distance and a tangible canvas or nylon barrier -- has become highly popular in recent weeks. During the golden holiday period, camping sites near Seoul were packed with families.

As most government-run camping sites remained closed due to strict social distancing measures that remained in place, private sites bustled with campers.

A privately run campsite in Hongcheon, Gangwon Province, was packed April 30. Nearly 50 tents were pitched shoulder to shoulder at the site, which was fully booked from Thursday to Saturday.

“Compared to other holidays, there are so many guests. I am completely baffled,” the owner of the campsite said, explaining that she was not used to so many guests in a single day.

Lee Sang-hun, an office worker in his early 30s, was one of the many campers at the site on a weekend getaway. In previous years, Lee mostly traveled overseas during this golden holiday period. But this year, he had no choice but to stay in the country. Yet camping did not prove to be an easy choice either.

“It took nearly five hours to come to Hongcheon from Seoul. Usually, when there is little traffic, it takes an hour and a half,” Lee said. “Making a reservation for a camping site was difficult, too. Nearly every camping site near Seoul was fully booked. I had to wait for last-minute cancellations.”

Though the campsite bustled with guests, no one was wearing a mask. Even at the shower stall and sink area, where guests had to mingle at a close distance, there were no masks.

“The virus spread has been slowing down, and it is outdoors, too,” a mother on a family trip said in defense of the relaxed approach.

For those more cautious about disease prevention, car camping is another popular option. As even outdoor campsites may not be completely safe, some have turned to camping within the confines of their vehicles.

E-commerce platforms are witnessing increased sales of equipment needed for car camping, such as tents or sleeping pads for cars.

Another activity that has been creating a buzz lately is hiking. 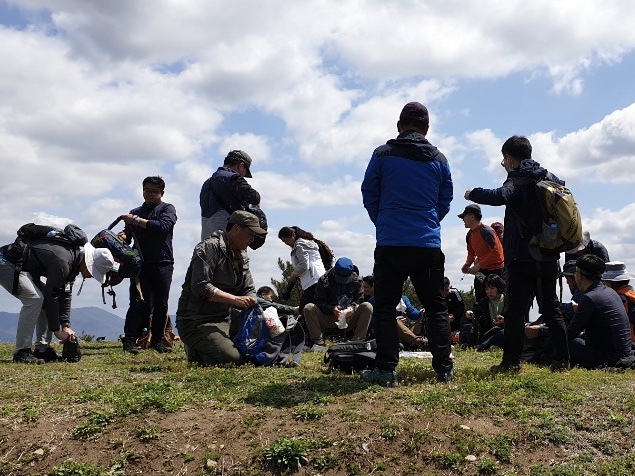 Achasan in eastern Seoul is packed with hikers on Saturday. (The Korea Herald)
Though hiking here has often been considered a leisure activity primarily for the older crowd, younger people are now heading to the mountains.

“Outdoor activity guarantees social distancing,” Lee Ji-young, who recently went for a hike at Gyeryongsan in South Chungcheong Province, said. Lee went hiking during the golden holiday period to get some exercise, as she has been unable to go to the gym due to lingering virus fears.

“Volunteers were encouraging social distancing at the entrance, telling hikers to wear masks and keep a 1-meter distance,” Lee said. “Not many, however, were wearing masks at the top as it is difficult to put your masks up when climbing.”

On April 23, the Ministry of Environment and the Korea National Park Service announced that the number of hikers at Bukhansan in northern Seoul from Feb. 23 to April 19 increased by 44.2 percent compared with the same period last year.

Aware of the crowding issue, the Korea National Park Service had its officials check hikers’ body temperatures at the entrances of some national park mountains, including Bukhansan, while taking down information from hikers for an emergency contact list.

The Korea National Park Service advised hikers to refrain from going hiking at peak times, keep a distance of 2 meters from each other, wear masks at all times and refrain from staying at rest areas for too long.