[ The Korea Herald – Send E-mail ]
[Herald Review] ‘City of Han’ tests Seoul’s literary potential
Volume of short stories explores expat perspectives of Korean capital.
By Kevin Lee Selzer
Published : Apr 27, 2020 - 19:50
Updated : Apr 28, 2020 - 09:02
While other metropolises around the world and similar cities in East Asia have staked out their places in the international literary scene, Seoul has left its potential largely untapped. So contends Sollee Bae, who organizes the “Fiction Writers in Seoul” workshop.

With a small collection of short fiction spanning just over 100 pages, Bae seeks to explore Seoul’s potential from an expat’s perspective in “A City of Han.” 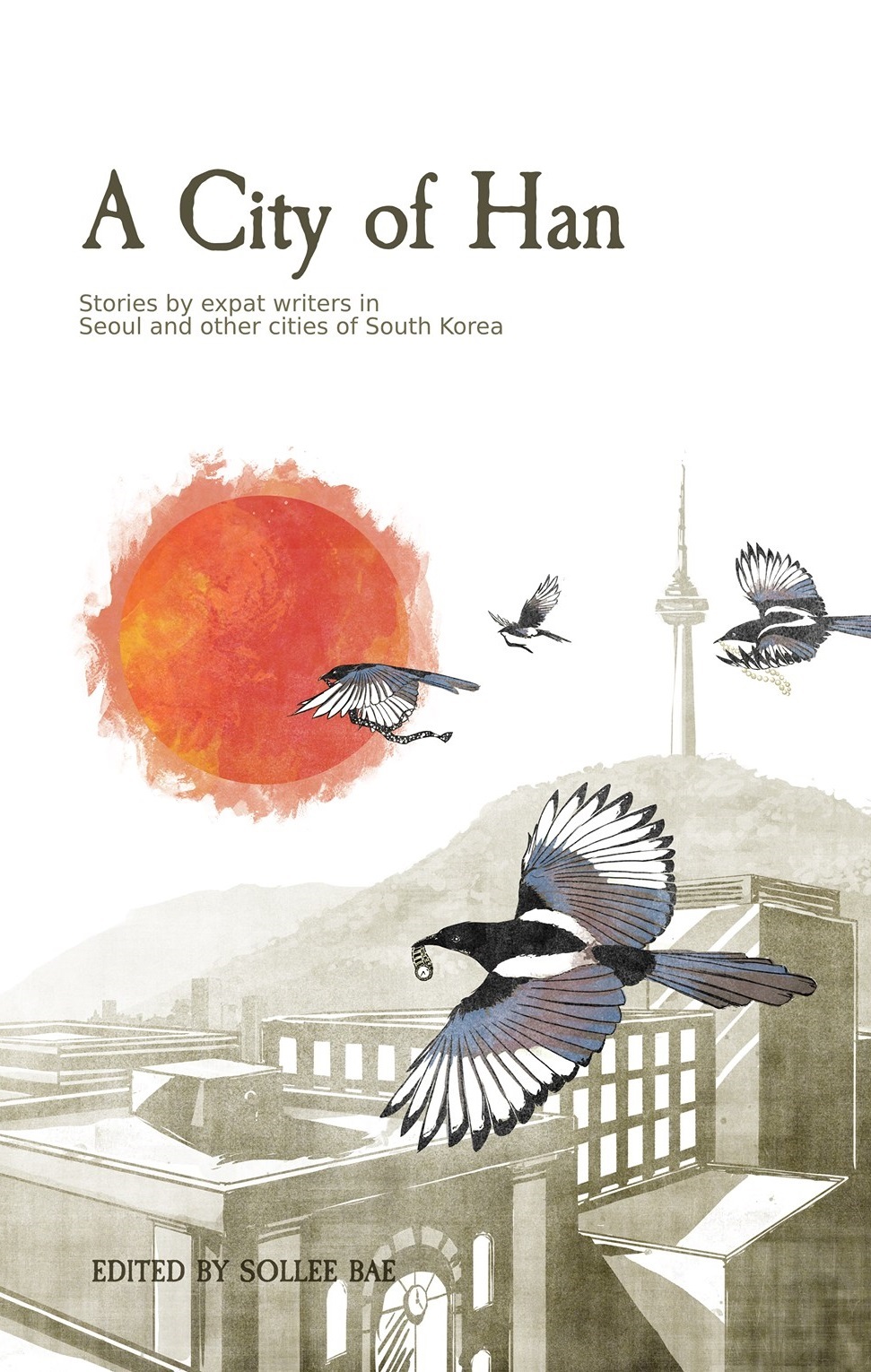 “A City of Han” (FWS Publishing)
The anthology begins strongly with Eliot Olesen’s “Umchina,” taking its title from the Korean term for “mother’s friend’s son,” hinting at the theme it explores. The story follows Min -- high in education credentials, low in confidence and results -- as he struggles in Seoul’s ultracompetitive job market. Aptly situated in Gangnam, Min mostly struggles to portray the person he wants others -- be they strangers, potential employers or his own mother -- to see him as.

Thematically similar in its scope is David Smith’s “Long Road,” concerning a discontented delivery driver named Ju-ho and his rekindled friendship with an ex-Army buddy living much better off in, yes, posh Gangnam. Both “Umchina” and “Long Road” also rely principally on the perspectives of young South Korean men. In Seoul’s intensity, they reveal a universally relatable bitterness of life spoiled by comparison.

In just six short stories, Bae has attempted to curate a range of expat perspectives to reflect the experiences and voices of a certain spectrum of foreigners here.

Many come to Korea as English teachers for one year that turns into several and find the roots -- or people -- that make them stay, but still endure the carousel of maybe-final farewells to dear friends departing to anywhere. They will find themselves in Matthew Grolemund’s “Playing the Blues in Seoul.”

The narrator from Nowhere, Tennessee, presents a love letter for those brought together from around the world to this huge city to have bonds forged between them and solidified with flowing drinks in a familiar Itaewon. The longest of the stories, with sometimes meandering, uneven prose, it sticks an effective, heartfelt landing.

Ted Snyder’s “Mosquito Hunters of Korea” is a tale vaguely reminiscent of Joseph Conrad that involves US Army scientists in Yongsan and the Demilitarized Zone. Perhaps the most ambitious of the works in the collection is Ron Bandun’s “Kyungsung Loop,” set in the Japanese colonial era here and written from the lofty foreign perspective of a Japanese civil engineer. The anthology ends with Gord Sellar’s “Sojourn,” a science fiction sketch only incidentally connected to Korea.

Taken together, “A City of Han” is a good stab at ferreting out some literary sense of expat Seoul. The six stories are a short read well worth the time, and leave ample room for future exploration.

“A City of Han” was released this month in print and digitally via Amazon, and can be ordered for 9,900 won at www.fictionwritersinseoul.com.