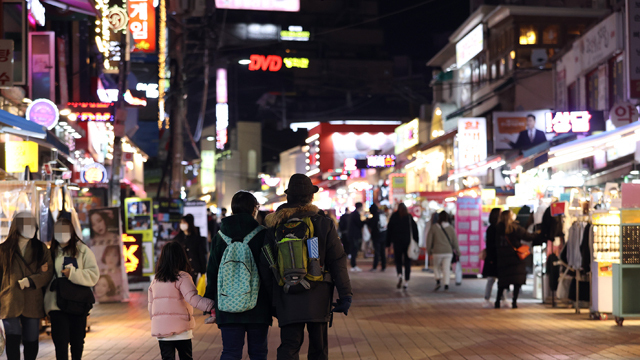 (Yonhap)
The Seoul Metropolitan Government on Wednesday ordered the closure of entertainment establishments such as nightclubs and room salons until April 19, amid mounting concerns that mass infections may have occurred at a bar in the city.

Mayor Park Won-soon announced the measure, which bans people’s gatherings at such entertainment venues, not the business itself, to last until April 19, when the country’s social distancing measures are due to be lifted.

“With my authority as a mayor, I virtually order a closure of entertainment facilities,” Park said at a briefing Wednesday, adding that it is impossible to keep people at a sufficient physical distance from each other and take proper sanitation measures at such facilities.

The municipality had earlier “requested” the closures and 80 percent of its 2,146 entertainment establishments had suspended operations, but about 422 facilities remain open, according to Park.

Seoul is the country’s only municipal government that ordered a closure of entertainment establishments.

In Korea, bars, clubs, restaurants, gyms and other facilities can operate as long as they follow the government’s quarantine rules such as keeping customers 1 meter away from each other and making them wear face masks. Those violating the rules have only faced fines.

“I am well aware of the fatigue about the social distancing, but we should still be on alert. Especially, careless acts among some young people, which put our community at risk, should be controlled,” he said.

The move came as the city government is on alert after a female worker at a “room salon” bar in the Gangnam district, one of the country’s main nightlife spots, tested positive for COVID-19 a day earlier.

She is believed to have come in close contact with 118 people during her nine-hour shift at the bar on March 27-28. Her roommate was confirmed to be infected with the virus a day earlier.

Citizens welcomed the city government’s decision as the protracted fight against the coronavirus has begun to take a toll on them.

“On the weekend and even during the week, my neighborhood is packed with youngsters going to bars and clubs without wearing masks,” said Park Se-jin, 34, whose office is near Hongik University, one of the popular nightlife districts.

“So many people are sacrificing their social life to help the government combat the virus,” he said. “Nonessential businesses prone to virus transmission -- such as clubs -- should be forced to shut to end the pandemic as quickly as possible.”

The authorities and Prime Minister Chung Sye-kyun have repeatedly urged young Koreans to refrain from visiting clubs and bars for fear that such packed, enclosed environments provide optimal conditions for the virus to spread.

On Tuesday, the authorities said an inspection team comprising police officers, municipal officials and civilians will carry out spot checks at some 30,016 entertainment venues nationwide between 11 p.m. and 4 a.m. to see whether they are sticking to the government’s quarantine rules.