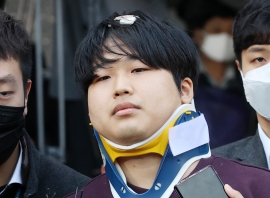 According to the Seoul Central District Prosecutors’ Office, a committee mandated to review the propriety of disclosing information about criminal cases decided Wednesday to open up the ongoing investigation into Cho Ju-bin, who was named by police on Tuesday.

This marks a rare exception from a Justice Ministry directive in effect since December that forbids publicizing criminal cases until the investigation is concluded and guilt is established.

An official at the prosecutor’s office said the committee reached the decision “in light of the gravity of the allegations, and other considerations of public interest such as deterring recidivism and similar offenses.”

Cho, 24, is accused of blackmailing his victims, a large number of whom were minors, into performing violent sex acts and selling footage of the acts on messaging platform Telegram. Reports say as many as 260,000 men were members of the online network where the abusive images were traded. Membership was purchased with cryptocurrency.

In an apparent admission of guilt, Cho said before reporters at a Seoul police station on Wednesday, “I apologize to those who were hurt by me.”

On Thursday, prosecutors said they interviewed Cho’s lawyer, who officially abandoned the case the previous day, citing inconsistencies between his client’s claims and factual circumstances that surfaced later. A pro bono attorney will likely be appointed to defend Cho, prosecutors said. 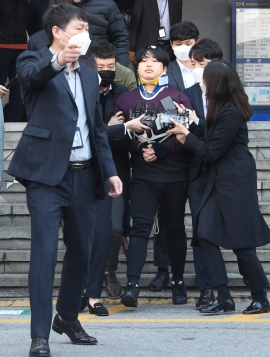 Cho (center) is questioned by reporters on Wednesday at a Seoul police station. (Yonhap)

Prosecutors grilled Cho from 10:20 a.m. to 11:35 a.m. Thursday after he agreed to undergo questioning in the absence of an attorney.

In an announcement made the same day, the Justice Ministry said the task force team leading the response to the mammoth scandal will be joined by Seo Ji-hyeon -- a high-profile prosecutor who set off the #MeToo movement here with televised testimony that she had been sexually molested by a senior male prosecutor.

The addition of Seo is reflective of growing public calls to have women in charge of the investigation. An online Cheong Wa Dae petition posted Tuesday demanding more female police officers and prosecutors in the case garnered over 169,000 signatures as of Thursday afternoon.

Justice Minister Choo Mi-ae said Tuesday that the sexual blackmail ring was a result of Korea’s permissive attitude toward sex crimes in cyberspace.

Cho’s case will be sent to court after a maximum 20-day investigation by prosecutors. He is now at a Seoul detention center.

In a recent development in the case, the Seoul Metropolitan Police Agency said Thursday a 16-year-old boy has been sent to prosecutors for running a separate Telegram group chat for sharing clips of child sex abuse.

The group, believed to have been formed in October last year, had between 8,000 and 20,000 men in its membership, according to police. The exact size of the group was hard to track because users were constantly joining and leaving, police said.