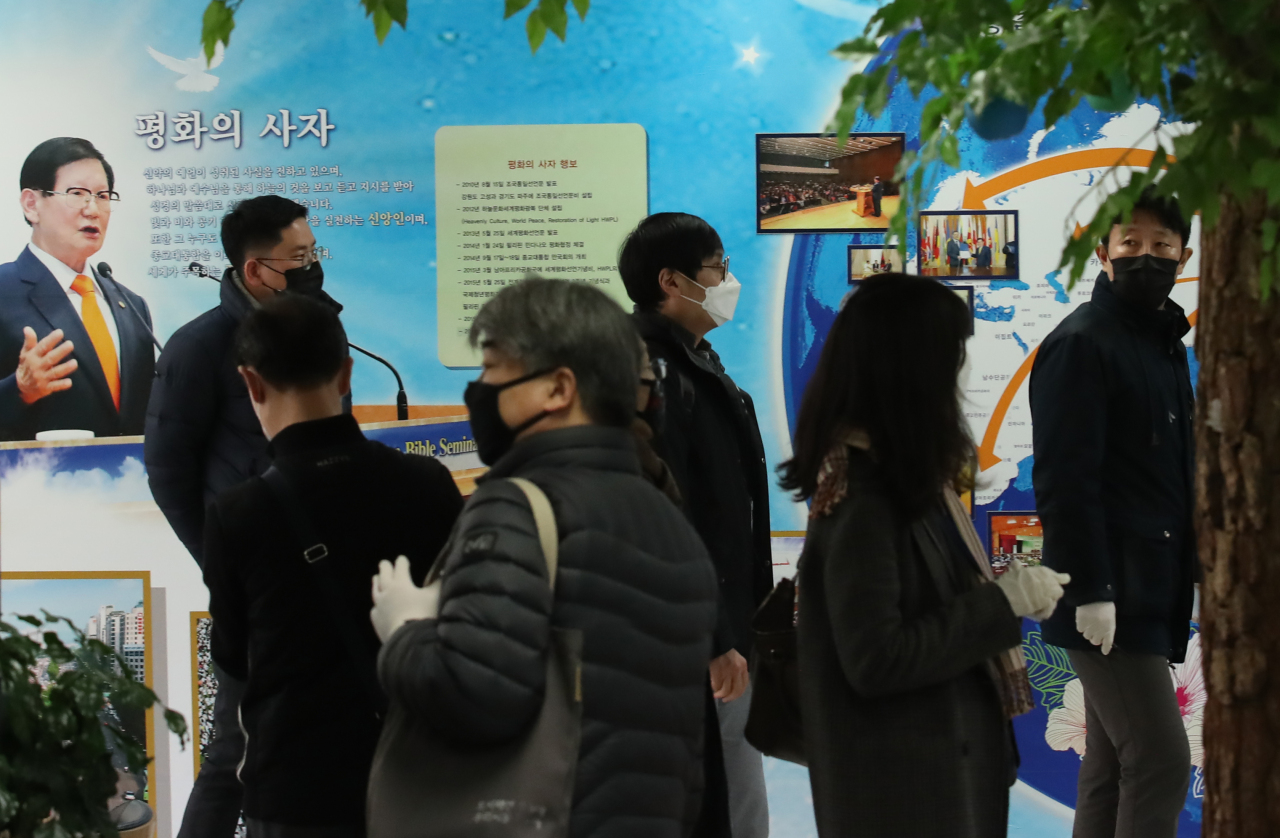 (Yonhap)
The Seoul city government canceled a permit for a foundation apparently associated with Shincheonji Thursday, accusing the fringe religious sect of aggravating the coronavirus outbreak.

The Shincheonji Church of Jesus, estimated to have more than 200,000 followers in the country, and its founder Lee Man-hee face multiple lawsuits. They are accused of hiding information that could help contain the COVID-19 pandemic. The group is linked to 55 percent of the country's more than 9,000 confirmed patients.

"The Shincheonji foundation is an anti-social religious organization that only prioritizes its own protection and growth regardless of the public's health and safety, in a situation where a contagious disease is spreading across the country," Mayor Park Won-soon told a press briefing.

Park said the foundation "significantly harmed the public," adding the religious sect incurred unnecessary expenses and hindered government efforts to curb the outbreak by providing false information and ordering its followers to lie to health authorities.

Officials related to the Shincheonji foundation launched in 2011 neither attended a meeting nor submitted documents explaining its stance on the accusations, Park said.

While the foundation does not use "Shincheonji" in its official name, Shincheonji founder Lee Man-hee is registered as the head of the organization.

The mayor said the cancellation was supported by Article 38 of the Civil Act, which indicates that permits may be canceled when a business "operates outside the scope of its purpose, violates such conditions attached to the permission for its incorporation, or engages in acts harming public interests." (Yonhap)