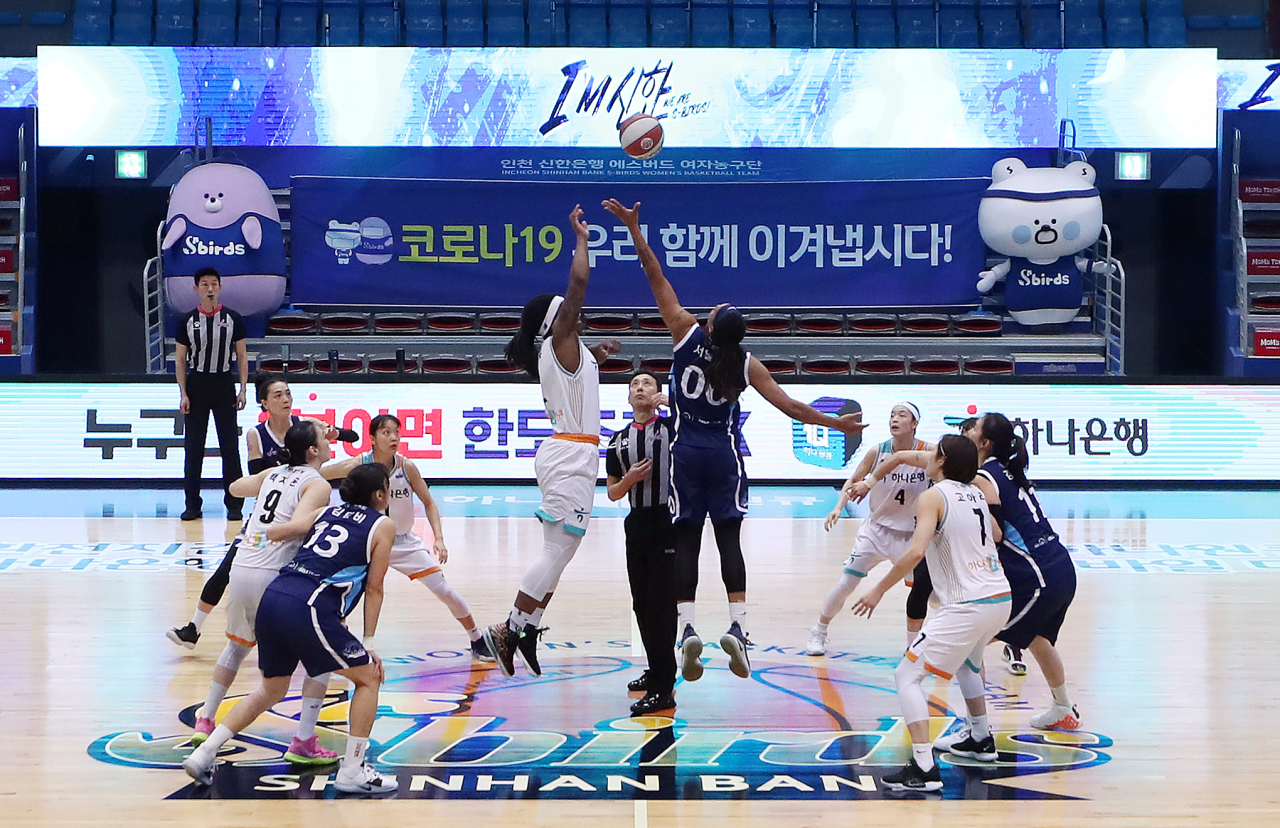 (Yonhap)
There will be no more women's pro basketball played in South Korea this spring in the wake of the coronavirus outbreak.

The Women's Korean Basketball League decided on Friday to scrap the rest of the regular season, which had been on hold since March 10, and to also wipe out the playoffs.

With all other major professional sports -- men's basketball, baseball, men's football and men's and women's volleyball -- having come to a halt due to COVID-19, the WKBL became the first league to cancel its season.

Following its meeting with club representatives, the WKBL said in a statement, "We took note of the worsening spread of COVID-19 and we wanted to join the effort to be extra vigilant against the virus."

The WKBL's most recent game came on March 9, following a stretch of games behind closed doors. The WKBL was the last of the pro leagues to suspend play amid the virus crisis, and its initial plan was to resume play in two weeks.

Six teams in the WKBL were to play 30 games each, and at the time of suspension, they had 27 or 28 games in the books. The regular season would have ended Thursday and the playoffs would have begun Sunday, if the WKBL hadn't been forced to suspend play due to coronavirus.

The men's hoops competition, the Korean Basketball League, will meet with club representatives on Tuesday to discuss its schedule. The KBL suspended its season on March 1, with hopes of returning by March 29.

Elsewhere, the Korean Volleyball Federation will decide the fate of the suspended V-League season before the end of this month. KOVO met with V-League club officials Thursday but couldn't reach a conclusion, despite increasing calls among team reps for the cancellation of the season.

Football's K League has yet to kick off; its season would have begun on Feb. 29 if not for the virus outbreak, and there's no word yet on when the season will finally begin.

The Korea Baseball Organization will go over its schedule with club officials on Tuesday. It has delayed the start of the regular season from March 28 to sometime in April. (Yonhap)