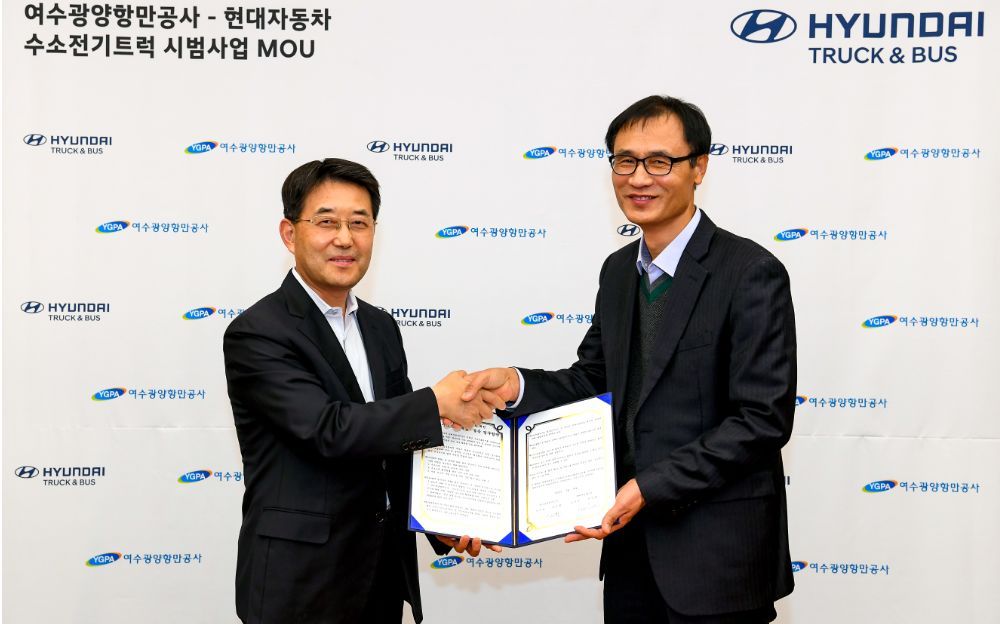 Hyundai Motor is set to introduce two hydrogen-powered trucks in South Korea by 2023 and add 10 more in the following year in collaboration with a local port authority, the automaker said Sunday.

The carmaker said it signed a memorandum of understanding with Yeosu Gwangyang Port Authority on Friday to lay the foundation for hydrogen mobility and to vitalize the hydrogen economy at Gwangyang Port in South Jeolla Province. The region is home to petrochemical complexes that produce hydrogen as a byproduct.

The agreement includes the development and demonstration of hydrogen electric trucks and building infrastructure such as hydrogen recharge stations.

The port authority will provide 2,000 square meters of land to support the company in building one hydrogen recharge center in Gwangyang Port by 2022.

The hydrogen electric trucks will be put into operation at the 320 kilometer round-trip route that connects the Gwangyang Port and Busan.

In 2018, Busan Port and Gwangyang Port each processed 460 million and 301.9 million metric tons of goods, which combined account for 46.9 percent of goods processed in Korean ports.

Meanwhile, Hyundai signed an agreement with H2 Energy of Switzerland in 2018 to export hydrogen powered, large-sized refrigeration vans and general vans in the first half of this year.