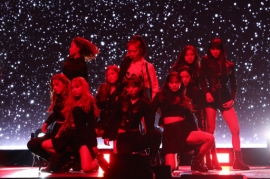 Prominent figures from K-pop agencies have been working with girl groups managed by other companies.

Lee Soo-man, founder and chief producer of S.M. Entertainment, participated in the production of girl group LOONA’s second EP, “#,” released Feb. 5. The 12-piece act, whose Korean name translates to “Girl of the Month,” is managed by Blockberry Creative, a small entertainment agency.

The EP has topped the iTunes Albums chart in 47 countries including Poland, Spain, Thailand and Denmark.

It was the first time Lee, head of S.M. Entertainment, had produced for a K-pop act unaffiliated with his agency, a major entertainment company here. 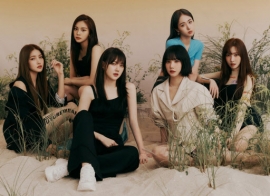 On Feb. 3, the act released “Labyrinth,” the first album since the acquisition. Bang Si-hyuk, the founder of Big Hit Entertainment, wrote two songs for the album. Key producers of the company also took part in its production.

GFriend’s videos were uploaded to the official video channel of Big Hit Labels, and the music video for its track “Crossroads” hit nearly 20 million views.