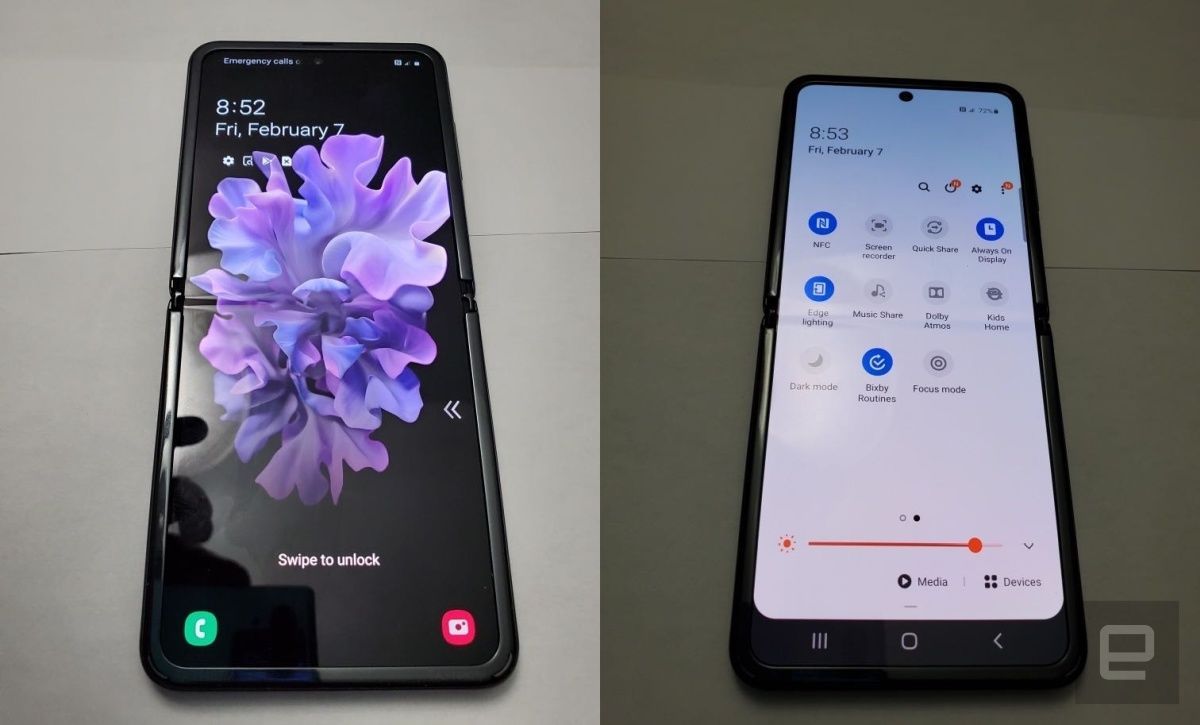 Some industry sources said the South Korean tech giant is preparing to roll out an initial batch of 500,000 units of the upcoming Galaxy Z Flip that is anticipated to be unveiled at its “Unpacked” event on Tuesday in San Francisco. Its first hands-on image was leaked by some tech aficionados ahead of the unveiling.

In total, Samsung reportedly aims to ship out around 2.5 million Galaxy Flip devices this year.

The vertically folding clamshell-type gadget is Samsung’s second commercial foldable product to hit the market in six months since the launch of the world’s first foldable Galaxy Fold in September.

Some industry insiders are skeptic about the volume forecasts for the Galaxy Z Flip, considering that Samsung hasn’t yet reached 1 million in sales volume of the Galaxy Fold.

Unlike some foreign news reports that said Samsung sold over 1 million units of the first foldable device last year, it has only sold around 500,000 units, according to its key executive.

In order to boost the sales of its foldable lineup, Samsung has set the retail price for Z Flip at around 1.5 million won ($1,2610), more affordable than the Galaxy Fold which costs 2.3 million won, according to sources.

Samsung is also planning to launch the second edition of Galaxy Fold in August.