The Kumho Asiana Cultural Foundation released a list on Tuesday of four artists it calls the rising stars of 2020, along with a recital schedule through April. 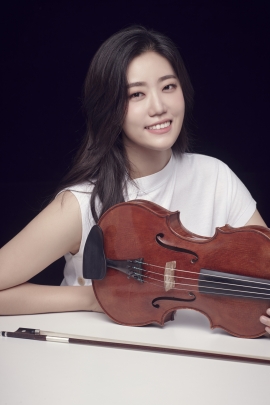 This year, violist Kim Kyu-ri, flutist Kim Yoo-been, pianist Lee Hyuck and violinist Kim Dong-hyun have been selected as rising stars who will perform at Kumho Art Hall Yonsei in western Seoul from Feb. 6 to April 9.

Violist Kim Kyu-ri is the first to take to the stage. A graduate of the Hochschule fur Musik Hanns Eisler Berlin, she was the winner of the 2016 International Johannes Brahms Competition and the 2016 Anton Rubinstein Competition.

At the Feb. 6 recital, Kim, joined by pianist Moon Zhee-young, will perform Brahms’ Scherzo for Violin and Piano in C minor, Robert Schumann’s Marchenbilder for Viola and Piano, Op. 113, and more. 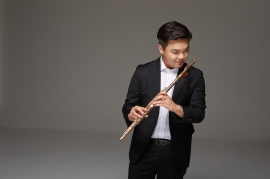 Flutist Kim Yoo-been, the winner of the 2015 Prague Spring International Music Competition in the flute category, joined the Konzerthaus Berlin as the youngest principal flutist at the age of 19. He was granted lifetime tenure at the orchestra 10 months later.

Tickets are priced at 40,000 won. For more information, check the Kumho Art Hall’s website at www.kumhoarthall.com.