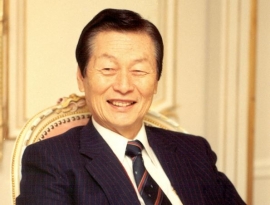 Lotte Group founder and Honorary Chairman Shin Kyuk-ho passed away Sunday at age 97, leaving as his legacy a self-made business empire, although his later years were marred by a family feud.

He was the last of the first-generation founders of the major conglomerates -- the other four being Samsung, Hyundai, LG and SK.

Shin was a self-made entrepreneur who started Lotte as a maker of chewing gum and grew the business into the nation’s fifth-largest conglomerate, operating in the food, distribution, tourism and petrochemical industries in both Korea and Japan.

Born in 1922 in Ulsan, South Gyeongsang Province, Shin was the first of five sons and five daughters. In 1941, during the period of Japanese colonial rule, he moved to Japan to study and earned money delivering newspapers and milk. In 1944, he established a factory that manufactured oil for lathes, but the factory burned down during World War II. 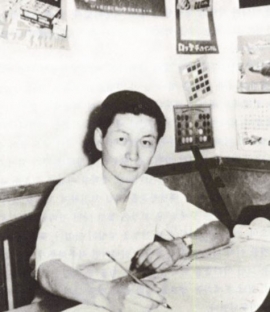 He revived his business by achieving success in soaps and cosmetics. He then entered the gum business in 1948, which became the backbone of Lotte, which quickly expanded to confections such as chocolate, candy, biscuits, ice cream and soft drinks. The company grew into one of Japan’s 10 largest companies by diversifying into trading and real estate.

As the business in Japan succeeded, Shin looked back to his homeland.

After Korea-Japan established diplomatic relations, he founded Lotte Confectionery here in 1967. Lotte then expanded into tourism, distribution, chemistry and construction, leading the fledgling economy’s rapid growth in the 1970s. 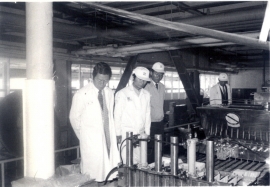 Believing that Korea, a country with few natural resources, must make money from tourism, the founder invested heavily in the tourism industry and established Lotte Hotel, Lotte World and Lotte Duty Free. The construction of Lotte World Tower, Korea’s tallest building, was Shin’s lifelong dream. He bought the land in 1987, saying, “We will build a skyscraper in Jamsil.” 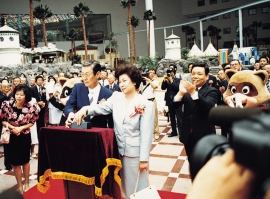 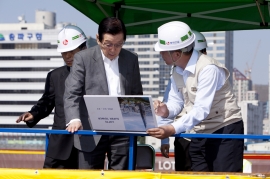 Shin was awarded the Gold Tower Order of Industrial Service Merit in 1995, a first for the tourism industry, in recognition of his contributions to the nation’s tourism industry. 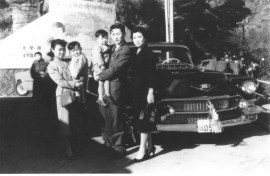 However, the era of Shin Kyuk-ho began to decline in July 2015, when his eldest son -- Shin Dong-joo, former vice chairman of Lotte Holdings in Japan, and his second son, Shin Dong-bin, chairman of Lotte Group -- engaged in a public battle over control of the company. The elder Shin stepped back from the front lines of management during this time. After years of quarreling, Shin Dong-bin managed to win -- although the two brothers have occasionally duked it out in court and at board meetings.

Despite his business success both in Korea and Japan, Shin Kyuk-ho’s later years did not go smoothly.

In 2016, Lotte Group and its affiliates as well as the owner family were investigated by the prosecution over alleged slush funds, embezzlement and lobbying.

Shin Kyuk-ho, along with his two sons, was sentenced to four years in prison and a fine of 3.5 billion won ($3 million) in December 2017 on charges of management corruption. But he was spared due to his age-related health conditions.

Each of his siblings established their own business. Shin Choon-ho established an instant noodle company in Korea called Nongshim, the producer of signature ramen brand Shin Ramyun; while Shin Sun-ho founded Sansas, another instant noodle manufacturer, in Japan. Shin Joon-ho, the youngest brother, who was once Kyuk-ho’s right-hand man, also left him after a legal battle over the ownership of a prestigious piece of real estate in Yangpyeong-dong, Seoul. He is currently the chairman of Purmil, formerly known as Lotte Ham and Milk. Shin Jung-hee, the founder’s sister, served as president of Donghwa Duty Free Store, before it merged with Hotel Lotte, the group’s duty-free operator.