[ The Korea Herald – Send E-mail ]
Ruling party expects ex-PM to play pivotal role in general elections
By Park Han-na
Published : Jan 15, 2020 - 15:18
Updated : Jan 15, 2020 - 15:18
Former Prime Minister Lee Nak-yeon returned to the Democratic Party on Wednesday, amid expectations that he will be a key candidate for the ruling camp in the general elections in April.

Korea’s longest-serving prime minister wrapped up his term of two years and eight months on Tuesday, kicking off the day by attending the ruling party’s Supreme Council meeting. 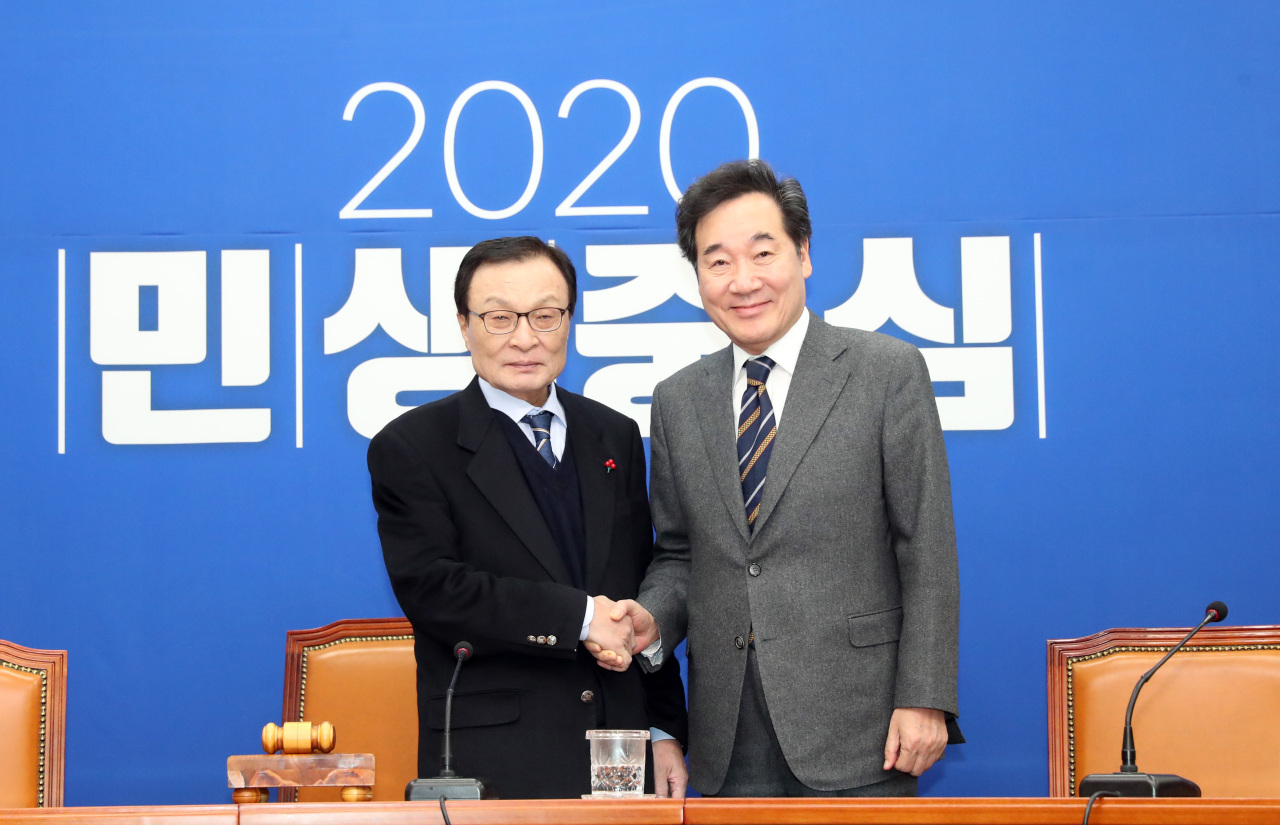 “Returning to the party, Lee will play a role based on his experience and knowledge. I feel like we’ve gained a thousand troops supporting us,” the party chief said.

After the meeting with senior party members, the former prime minister said he was “very interested” in what responsibility the party would ask him to take on, but details of what he would do for the party in the elections have yet to be discussed.

Speculation has been rampant that he will take the position of co-head of the party’s election preparation panel while standing as the party’s flagbearer in one of the key battlefields for the general elections -- the Jongno district. Lee Nak-yeon recently signed an apartment lease in the area and is planning to move there soon.

“The party is the main body that confirms my running of the race. … It is true that I will move to Jongno. But issues that go beyond that will depend on the party’s decision,” he said.

The general elections on April 15 will be a barometer for evaluating the Moon Jae-in government. The results will have a significant impact on the government’s latter half of state affairs and possibly the next 2022 presidential election.

If former Prime Minister Lee decides to run in the Jongno district, he may compete with opposition Liberty Korea Party Chairman Hwang Kyo-ahn, who is considering running for a constituency considered difficult for the conservative party.

Regarding the possibility of competing against Hwang, Lee said he had no comments.

A recent opinion poll found that Lee was the favorite among potential presidential candidates, followed by Hwang.