S. Korean envoy to discuss NK with Biegun in US

South Korea’s top envoy on North Korean nukes will visit Washington this week for talks with his US counterpart, Seoul’s Foreign Ministry said Tuesday, amid a protracted stalemate in denuclearization negotiations with Pyongyang.

Lee Do-hoon, special representative for Korean Peninsula peace and security affairs, will visit Washington from Wednesday through Saturday to meet with Deputy Secretary of State Stephen Biegun, who is also the chief US envoy in negotiations with the North, the ministry said in a press release. 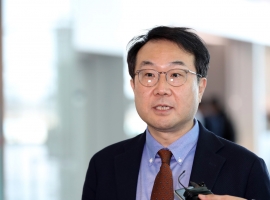 Lee and Biegun will share their assessments on the latest situation on the Korean Peninsula and discuss ways to cooperate for the denuclearization of the peninsula, the ministry said.

They are also expected to urge North Korea to restrain from provocations and return to the negotiation table.

Lee and Biegun spoke on the phone on New Year’s Day shortly after the report that North Korean leader Kim Jong-un warned of a “strategic new weapon” and a “shocking actual action” during his New Year’s message at a key party meeting late last month.

The two last met a month ago when Biegun visited Seoul as a nominee for deputy secretary of state on Dec. 15-17.

During his visit this week, Lee is scheduled to meet with other officials in the US administration and attend Biegun’s inauguration ceremony Friday.