[ The Korea Herald – Send E-mail ]
Ulsan vice mayor again summoned in election-meddling scandal
By Yonhap
Published : Jan 13, 2020 - 15:50
Updated : Jan 13, 2020 - 15:50
Song Byung-gi, the Ulsan vice mayor suspected of illegally intervening in the 2018 mayoral election in the southeastern city, was called in by Seoul prosecutors on Monday for his first questioning after a court rejected a pretrial detention warrant for him about two weeks ago.

Song, Ulsan's vice mayor for economic affairs, arrived at the Seoul Central District Prosecutors Office in southern Seoul in the morning to be questioned about charges of conspiring with several presidential aides to influence the city's mayoral poll in June 2018 in violation of the Public Official Election Act.

Prosecutors' latest grilling of Song as a criminal suspect came after the Seoul Central District Court turned down their request for an arrest warrant for the Ulsan official on Dec. 31. 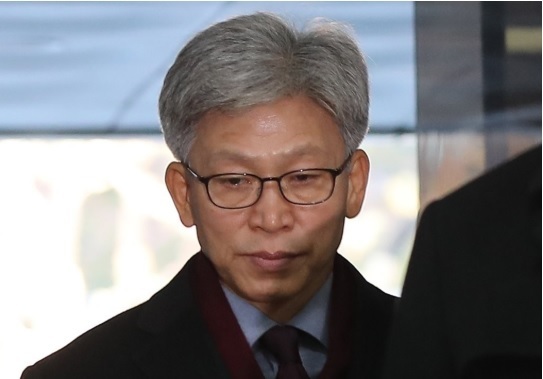 Kim, who was seeking reelection as mayor as a candidate of the main opposition Liberty Korea Party, lost the 2018 race to current mayor Song Cheol-ho of the ruling Democratic Party, a longtime friend of Moon.

The case blew up into a massive investigation after Kim publicly claimed that the Ulsan Metropolitan Police Agency deliberately raided his office a few months ahead of the election, with the presidential office behind the move.

Kim and his confidants were acquitted by a local court after the election ended, while Cheong Wa Dae has flatly denied all allegations of election meddling.

Song Byung-gi is accused of discussing campaign strategies and pledges in favor of Song Cheol-ho in meetings with Cheong Wa Dae and police officials.

Prosecutors questioned Song several times about the alleged election-meddling scandal before applying for an arrest warrant on Dec. 26.

But the Seoul court rejected the warrant request, saying there were not enough reasons to approve Song's detention.

Prosecutors reportedly plan to again ask for an arrest warrant for Song after reinforcing their investigation. (Yonhap)