[News Focus] Reforming the prosecution, or taming it?

Reforming the “almighty prosecution” was one of President Moon Jae-in’s top priorities, one he was painfully aware could threaten his political fortunes but saw as too important to fail.

His campaign so far to overhaul the powerful law enforcement agency has proved as difficult as he must have anticipated. Two justice ministers have been appointed for the task. One bowed out after two weeks on the job and the other, the incumbent, faces an opposition-led parliamentary impeachment motion. Two bills -- one of which has passed, with the other pending in the National Assembly -- aim to systematically change the powers given to the prosecution and have paralyzed the parliament.

Still, Moon appears determined to push ahead at all costs.

Moon’s personal history appears to be at play. Or that of his late political mentor, former President Roh Moo-hyun, who tried but failed to enact prosecutorial reforms during his 2003-2008 term.

In a book titled “Thinking of the Prosecution,” published in 2011, Moon said he regretted having held the optimistic view that the prosecution would reform itself if its autonomy were guaranteed. 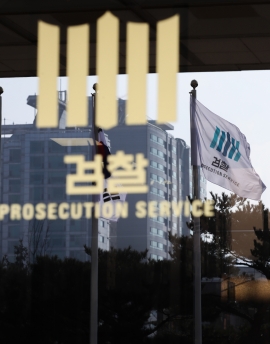 “I thought if the government abandoned its attempts to dominate the prosecution and to make it serve the government’s ends, the democratization of the prosecution would come about on its own, even if it took a while. … That idea was too naive,” Moon said in the book, which he co-authored with Inha law professor Kim In-hoe.

Moon, who once worked as a lawyer, saw the need for an institutional framework to end what he saw as a vicious cycle: The prosecution was used as a tool for “political retaliation” every time a government changed.

Roh died by suicide in 2009, the year after he completed his term, after prosecutors under conservative President Lee Myung-bak questioned him over bribery allegations.

“The conflict between the participatory (Roh Moo-hyun) government and the prosecution over the reform resulted in Roh’s tragic death,” Moon wrote in the book.

The gist of the reformers’ perspective is that it is necessary to do away with an outdated system where the prosecution has excessive power -- one that played a role in helping previous authoritarian governments to suppress people’s rights and freedoms.

South Korea is one of only a few countries where the prosecution has the overarching authority both to investigate criminal cases and indict criminal suspects, superseding the roles of other investigative agencies such as the police.

Roh’s reform attempts failed because they fell short of adjusting the investigative powers of the prosecution and the police and of establishing a special investigative body tasked with independently investigating and indicting high-ranking government officials implicated in corruption.

The prosecution has frequently been criticized for abusing its investigative power and seeking to influence politics by handling cases in a politically biased manner.

Setting those two tasks as top priorities for prosecution reform was only a matter of course for Moon, who had closely observed Roh’s regret-tinged legacy of unfulfilled dreams.

In that regard, Moon’s initiative appears to have reached the halfway point. The new anti-corruption investigative agency may be launched as soon as July, after getting the green light from the parliament in late December.

A bill that would expand police autonomy, allowing the police to open and close cases without approval from the prosecution, was set to be introduced Monday.

While the legislative work is underway, Moon appointed new Justice Minister Choo Mi-ae to carry out the final phase of the judicial reform initiative.

Citing a law stipulating that Korea’s justice minister is the “final authority” when it comes to the work of the prosecution, Moon voiced his expectations that Choo would spearhead the prosecution reform.

The justice minister, who took office Jan. 2, brought about immediate changes to the prosecution with a sweeping personnel reshuffle that affected 32 senior prosecutors.

The shake-up was a milestone toward a comprehensive overhaul, given that former President Roh’s reform plan lost traction when prosecutors collectively resisted similar personnel changes in 2003 that defied its age-based hierarchy.

Cheong Wa Dae said at the time that it was the president’s right to appoint prosecutors upon the recommendation of the minister of justice, while prosecutors wanted that authority to be transferred to the prosecutor general.

In the same year, Roh faced a major hurdle as prosecutors launched an investigation into the financing of his presidential campaign, accusing both the former president and Grand National Party rival candidate Lee Hoi-chang of accepting illicit campaign funds.

Because Cheong Wa Dae was under probe, it had little room to push ahead with the disbandment of the Central Investigation Department, the source of incessant scandals concerning prosecutorial abuses of power.

The challenges Moon faces now echo much of what Roh went through.

The recent shake-up stirred controversy because two top prosecutors close to Prosecutor General Yoon Seok-youl, who were responsible for high-profile probes targeting the president’s aides and confidants, were relegated to less important posts.

On Friday, prosecutors sought in vain to raid the presidential office in connection with an ongoing probe into an election-meddling case involving a presidential confidant. It was the agency’s third attempt to search Cheong Wa Dae. The presidential office resisted, saying the warrant failed to specify what the investigators were looking for.

On the same day, Yoon pledged to continue investigations into cases involving the presidential office, while Choo ordered the Supreme Prosecutors’ Office to establish an investigative organization only if there is an urgent and inevitable cause, and only after receiving approval from the minister in advance, to “reduce the scope of the prosecution’s direct investigation.”

Moon calls it a reform, but his political foes see it otherwise.

The president and his ruling Democratic Party are attempting to disturb the ongoing prosecutorial probes into Moon’s aides and confidants and eventually rein in the organization, they claim.

“What President Moon and Minister Choo are doing is nothing but paving the way for the leftist dictatorship by massacring the prosecution,” said Shim Jae-cheol, floor leader of the main opposition Liberty Korea Party.

The conservative bloc submitted a motion on Friday to impeach Justice Minister Choo over the controversial personnel reshuffle, claiming it was a blatant attempt to affect probes into former and incumbent presidential officials.

The issue has sharply divided the public.

People marched into Gwanghwamun Square on Saturday, forming two groups at cross purposes. One group urged the prosecutor general to step down, accusing him of resisting needed prosecution reforms and protecting the vested interests of “politicized prosecutors.” The other demanded the impeachment of the new justice minister, accusing her of deterring Yoon from continuing his investigations of presidential aides.