The Incheon District Prosecutors’ Office said Wednesday that it asked the court withhold trial and instead fine a Mongolian judge accused of groping a Korean flight attendant roughly $6,000.

Prosecutors said Mongolian judge Dorj Odbayar was summarily indicted because he admitted to most of his charges during a flight from Ulaanbaatar to Incheon on Oct. 31. He was also accused of verbally abusing a Mongolian crew member but was cleared because the crew member was reluctant to press charges. 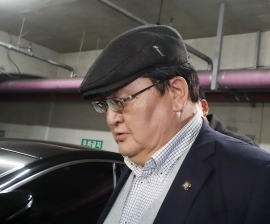 Prosecutors lifted a travel ban on Odbayar after he paid fines.

The court, however, can open a trial later after scrutiny. Prosecutors said the Mongolian Embassy in Korea offered assurances -- albeit not legally binding -- that Odbayar will sit for trial if needed.

Police have put an Interpol Red Notice on Odbayar’s colleague who also stands accused of sexually harassing another Korean flight attendant during the Oct. 31 flight.