Named AF1 (Air Force 1) Para-Nose, the sneakers mark the first project for the leader of Big Bang since being discharged from the military last month. 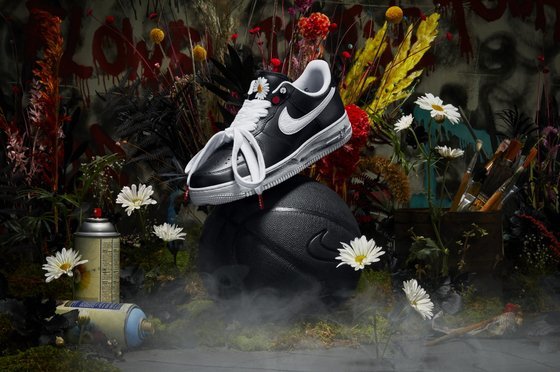 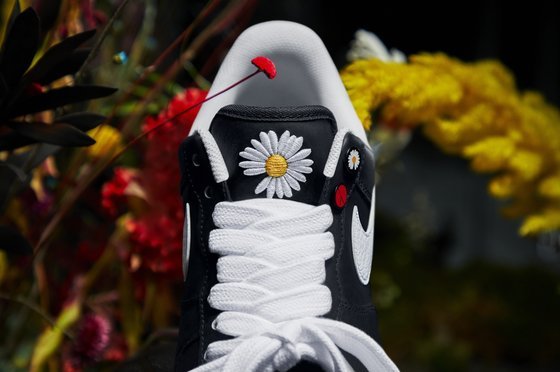 (Nike)
Air Force 1 is Nike’s signature line, touted as an icon of street fashion and beloved by sports fans around the world since its release in 1982.

Trendsetter G-Dragon has been leading his fashion label Peaceminusone since 2016. The new sneakers are printed with a drawing of a daisy flower, the logo of Peaceminusone.

“The sneakers were created based on G-Dragon’s interest in fashion, music, art, culture, sport and everything that he is intellectually curious about,” Nike saod. “He was inspired by communities that do not settle for the present but head on for new challenges.” 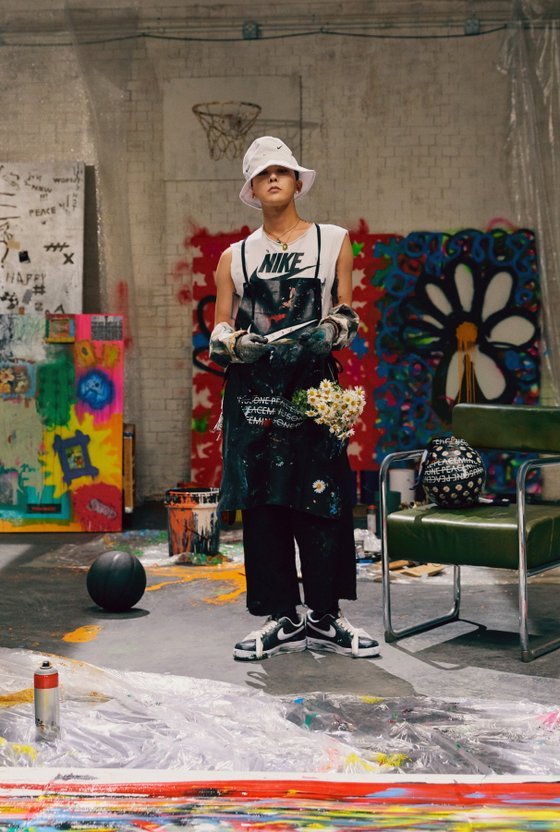 (Nike)
AF1 Para-Nose will go on sale from Nov. 23 and is expected to be priced at around $200. A special edition, limited for sale in Korea, features Nike’s swoosh logo in red.

After news surfaced that the special edition will be on sale only in Korea, Peaceminusone’s website server went down due to heavy traffic on Thursday.