Poet Oh Eun won for his book of poetry titled “I Have a Name” (translated); Cho Hae-jin for her novel “Simple Sincerity” (translated); and Yun Sun-young and Philipp Haas for their joint German translation of “Nana im Morgengrauen” written by Park Hyoung-su. The Daesan Foundation decided not to make an award in the drama category after a long discussion, saying no plays qualified for the prize this time.

Oh and Cho attended the press conference held Monday at the Gwanghwamun Kyobo Building in Seoul, but the two literary translators are in Germany and could not attend. 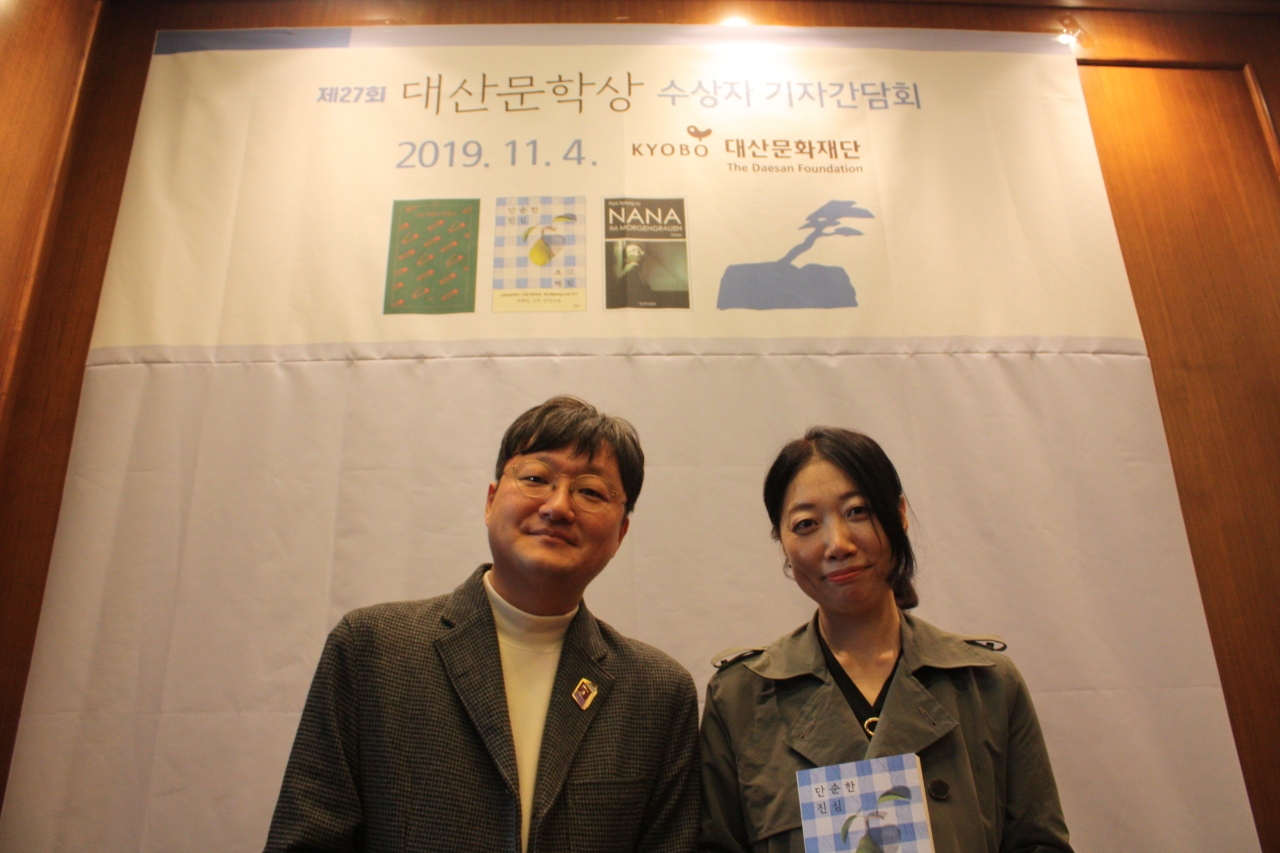 Kwak Hyo-hwan, executive director of the Daesan Foundation, read out Yun’s acceptance speech on her behalf.

Oh was the youngest of the 10 finalists in the poetry category, and his collection of poetry demonstrated his generation’s sensibilities in a unique way, the Daesan Foundation said. The novel “Simple Sincerity” touched on a social issue -- the isolation that women face in Korean society -- according to the foundation.

“Sometimes, I question myself whether I am doing well as a novelist, and I feel like the award was telling me not to get lost,” Cho said at the press conference.

Asked why many of her novels deal with issues in Korean society, she said, “As a novelist, I want to leave a record of the current Korean society to help the next generation understand what kind of issues Korea once faced.”

The Daesan Foundation, founded by Kyobo Life Insurance Co., administers the awards every year and each winner receives 50 million won ($43,113). The award-winning poetry book and novel will be translated into various languages and published overseas next year.

The award ceremony will be held Nov. 27 at the Korea Press Center in Seoul.