The joint statement was issued on the final day of the two-day culture ministers meeting of South Korea and the Association of Southeast Asian Nations held in the southwestern city of Gwangju.

“The South Korean and ASEAN culture ministers will cooperate in promoting diversity of cultural expression and discovering creative capabilities based on mutual understanding,” the Ministry of Culture, Sports and Tourism said in a press release. “In particular, South Korea and ASEAN will join hands in offering the future generation a chance to boost their creativity by creating cooperative projects that foster Korea-ASEAN cultural exchanges.”

They also agreed to strengthen cooperation for better preservation and utilization of cultural heritages. 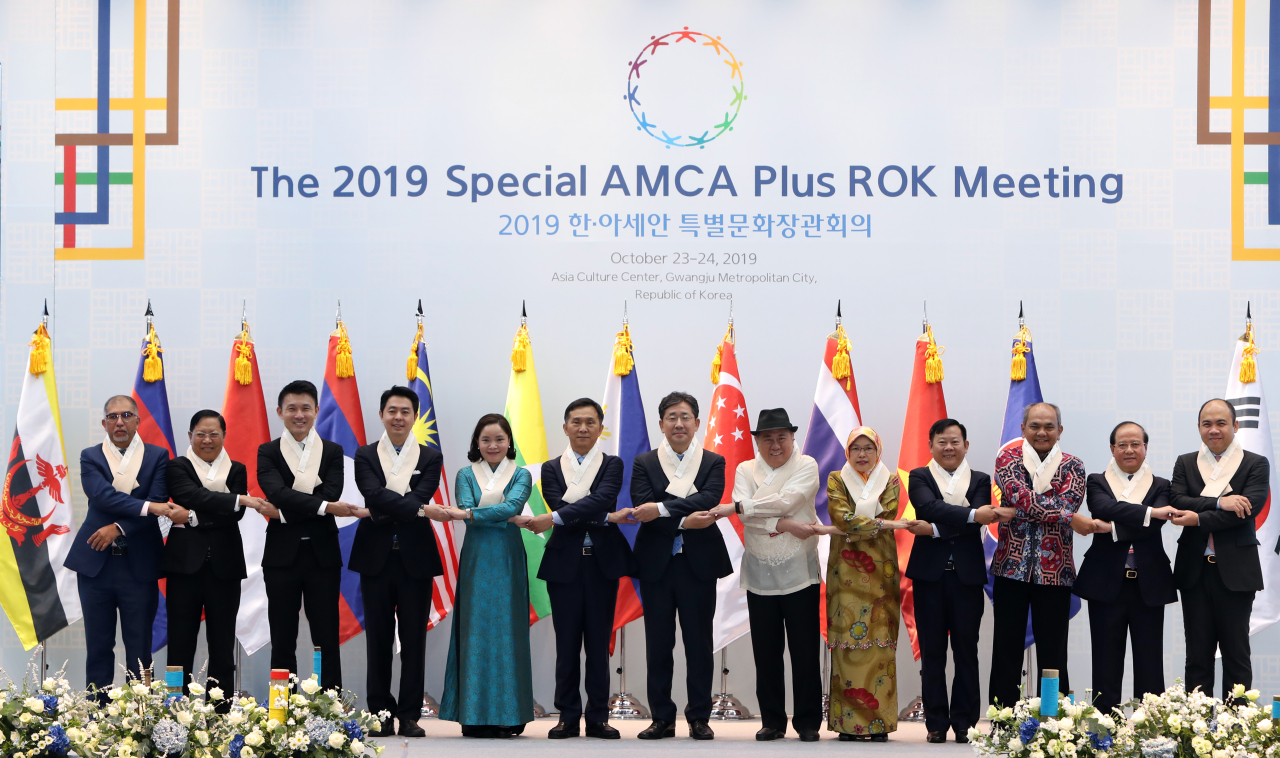 Korean Culture Minister Park Yang-woo (seventh from left) and culture ministers of the 10 ASEAN nations participating in the 2019 Special AMCA Plus ROK Meeting pose for a photo at the Asian Culture Center in Gwangju on Thursday. (Yonhap)
“I hope that the discussion will establish a foothold for a future community between South Korea and ASEAN,” South Korean Culture Minister Park Yang-woo said. “The shared visions will be reviewed and developed further at the South Korea-ASEAN culture ministers meeting to be held in Cambodia next year.”

The ministerial meeting came one month before a leaders’ summit to be held Nov. 25-26 in the southeastern port city of Busan to mark the 30th anniversary of establishing a dialogue partnership between the two sides.

The South Korean government has worked to expand Korea-ASEAN cultural exchanges as part of the tasks of the New Southern Policy, President Moon Jae-in’s initiative proclaimed in 2017 to enhance relations with the Southeast Asia. (Yonhap)