The Supreme Court on Tuesday ordered a private academy in Seoul to pay severance pay and stipends for unused leave to foreign teachers.

The top court upheld the high court’s decision and concluded expat teachers are regular employees according to the Labor Standards Act, and so eligible for wage benefits guaranteed by law, including pay for severance and for working on public holidays. 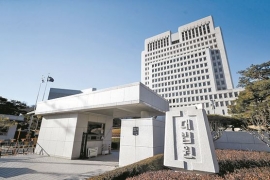 The top court remanded the case to the lower court, ordering recalculation of payments due to the plaintiffs.

In March 2015, eight foreign residents who taught English at a private language institute in Gangnam, Seoul, filed a suit against their employer demanding their unpaid severance pay and pay for unused annual leaves

The first court had ruled against the plaintiffs, saying the foreign teachers should be considered as individual businesses -- and not employees affiliated to the academy -- as they each regulated the classes according to their self-planned curricula, did not work according to a regular schedule and were not provided a staff office by the institute.

The appellate court overturned the first court’s decision, recognizing the teachers as employees of the institute.

“The academy had decided exactly when and where the foreign teachers should work and even ordered them to arrive at their classrooms an hour before their class hours,” the high court statement read.