Yang Hyun-suk, former CEO of YG Entertainment, and Seungri, a former member of the company-managed K-pop boy band BIGBANG, have been slapped with an exit ban over allegations that they engaged in habitual gambling abroad and violated the foreign exchange law to secure gambling money, police officials said Tuesday. 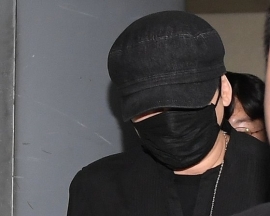 The Seoul Metropolitan Police Agency has recently obtained an approval from the Ministry of Justice to ban Yang and Seungri from leaving the country after booking them on charges of habitual gambling and illegal foreign exchange transactions, according to the officials. 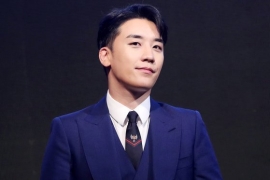 Yang, 49, and 28-year-old Seungri, whose real name is Lee Seung-hyun, are accused of engaging in habitual gambling while abroad and violating the Foreign Exchange Transaction Act to secure their gambling money.

In March, Seungri, who stands at the center of sex scandals, was expelled from BIGBANG amid a widening probe into embezzlement and pimping charges.

Separately, Yang was booked in July on suspicions that he arranged sex services for foreign investors in 2014 while treating them at a posh restaurant.

Idol-turned-K-pop guru Yang resigned from the top post at YG Entertainment in June as its big-name artists were embroiled in a series of scandals, including alleged drug use.

Police said they plan to call in Yang soon for questioning after analyzing documents seized from their recent raid. (Yonhap)