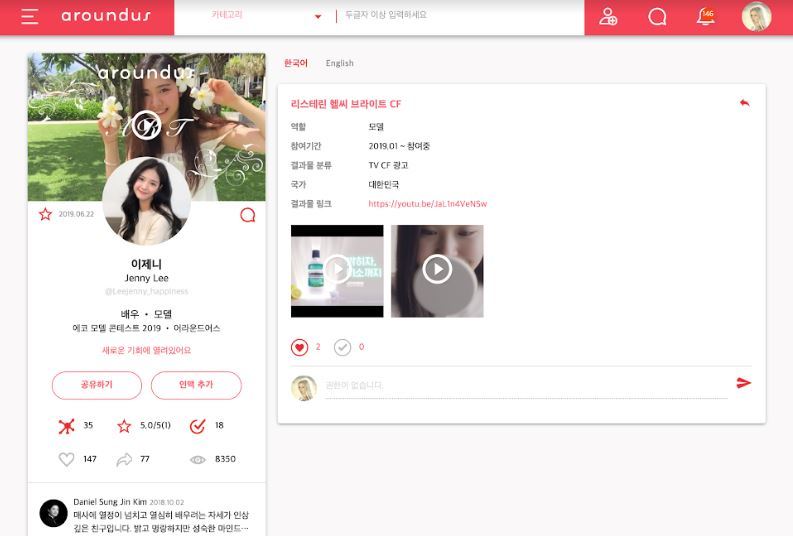 (Courtesy of Aroundus)
Since launching in July 2018, the number of subscribers for Aroundus’ Korean web service surpassed 14,000 last month.

“We recognized Aroundus’ capacity to think out of the box to improve existing features while adding new ones. We also highly regard the global scalability of its services,” said D.Camp President Kim Hong-il.

With a platform optimized for freelancers and temporary workers in the entertainment industry, the startup has been mainly targeting entertainment agencies to help cut the time and costs for recruitment. Its clients include JYP Entertainment, Huayi Brothers Korea, Curo Holdings, MLD Entertainment, Tajoy Entertainment and Upvote Entertainment, as well as production companies that recruit talent dedicated to commercial films, independent films, TV series and entertainment shows, among others.