The tour -- titled “Would You Like? Zepp Tour in Japan” -- kicks off in Tokyo on Aug. 17 and will also involve concerts in Osaka and Nagoya on Aug. 24 and 25, respectively. 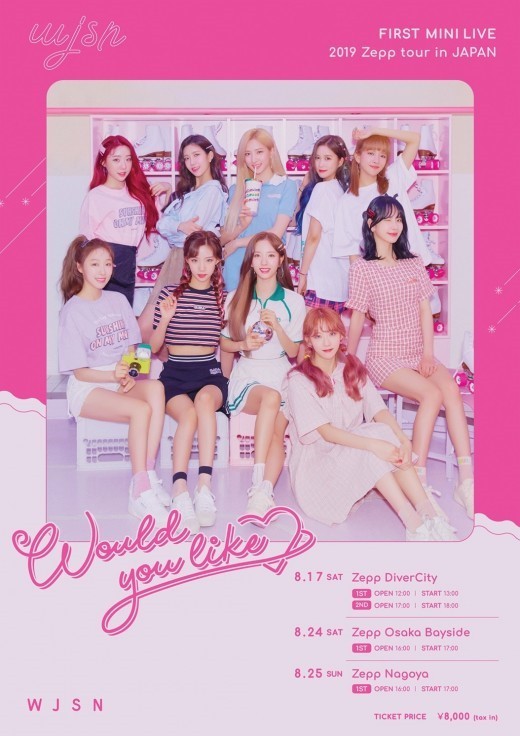 Poster image for WJSN’s upcoming Japanese concert tour (Starship Entertainment)
According to Starship Entertainment, the band’s management agency, WJSN has been enjoying great popularity in Japan. The K-pop act has performed at KCON Japan, a Korean culture festival hosted by CJ ENM, for the past three years.

After debuting in February 2016 with “Mo Mo Mo” and “Catch Me,” the Korean-Chinese girl group has gained fans in and out of South Korea with its girlish image. Its biggest hits have been “Dreams Come True” and “Dream Your Dream.”