The surprise return of an heiress to Hanjin Group appears to signal that the family members of the group’s late chairman are close to settling succession plans of the transport empire, with each taking core businesses, according to industry sources and reports on Tuesday.

On Monday, Hanjin Group said in a statement that Cho Hyun-min, the youngest daughter of the late Hanjin Group Chairman Cho Yang-ho, has been reinstated as a senior vice president at Hanjin KAL, the holding company of Hanjin Group, and as executive vice president of Jungseok Enterprise, a real estate developer under the group.

“Cho will be leading the group’s overall marketing as a chief marketing officer, including new business development and corporate social responsibility, based on the former chairman’s will for (the) family (to be) in harmony,” the group’s spokesperson said. 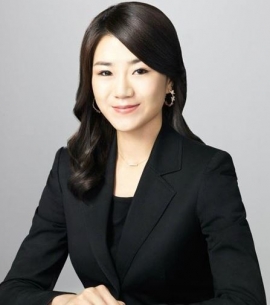 The return of Hyun-min, who left the company 14 months ago over her involvement in a power abuse scandal, was widely seen as the children of the late chairman making progress in their succession plans.

During a press briefing last week, Korean Air Chairman Cho Won-tae, Hyun-min’s older brother, told reporters that the former chairman had frequently said “keeping the family in harmony is to protect the company,” indicating that there was no will left by his father.

Less than two weeks after Cho Yang-ho’s sudden death in April, the eldest son, Won-tae, succeeded his father as chairman, though some industry experts said the power transfer came too early.

Rumors have circulated that he and his sister Cho Hyun-ah are in a dispute over succession plans, including the inheritance of their father’s shares.

If Won-tae and Hyun-ah have reached an agreement on the plans, Hyun-ah is likely to take control of KAL Hotel Network, a hotel management unit of the group, according to market experts.

In April last year, Hyun-min resigned from her senior vice president post following a police investigation into her alleged throwing of water at an advertising agency employee during a meeting. Prosecutors later cleared her of assault charges, confirming that she had not thrown water at a particular person.

But the return of Hyun-ah -- who made headlines in 2014 over the infamous “nut rage” incident -- may not be imminent, as she is currently standing trial with her mother, Lee Myung-hee, on charges including the smuggling of goods and illegally hiring foreign housekeepers from the Philippines.

Meanwhile, a source close to the owner family told a local daily that Lee is behind the power control and succession plans, and it was Won-tae’s idea to divide management control among family members, as his sisters continue to show strong willingness to return to the group’s management.

On Tuesday, shares of Hanjin KAL dropped 1.6 percent to close at 42,700 won, while the benchmark Kospi was little changed.