It is the second country to have done so, with the first being China.

Its popularity grew across the world, and exports to Vietnam began in 1995. Orion has two production plants in Vietnam, in Hanoi and Ho Chi Minh City.

The snack is so popular in Vietnam that it is even used in ancestral rites, said the company. 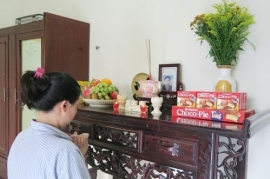 As part of promotions last year, Orion handed out 300,000 Choco pies to local students on the day of the college entrance exam.

The company plans to target youths in the Southeast Asian country and reach the goal of 100 billion won in sales, as over 50 percent of the Vietnamese population is 30 years old and below, major consumers of confectionery.