[ The Korea Herald – Send E-mail ]
Sweden seeks to tap into North Korea’s renewable energy potential
By Park Han-na
Published : Apr 4, 2019 - 16:04
Updated : Apr 4, 2019 - 17:56
A number of Swedish officials have visited North Korea’s science institution to take part in discussions on renewable energy research, an area of focus for the communist country in recent years, according to the Swedish Embassy in Pyongyang on Monday.

“EU visit to the State Academy of Sciences’ Institute for Natural Energy. Discussion on renewable energy research and solar panel production. Presentation of the Unjong Development Zone,” the embassy said on Twitter along with three images showing officials in a seminar room and North Korean women at an assembly plant. 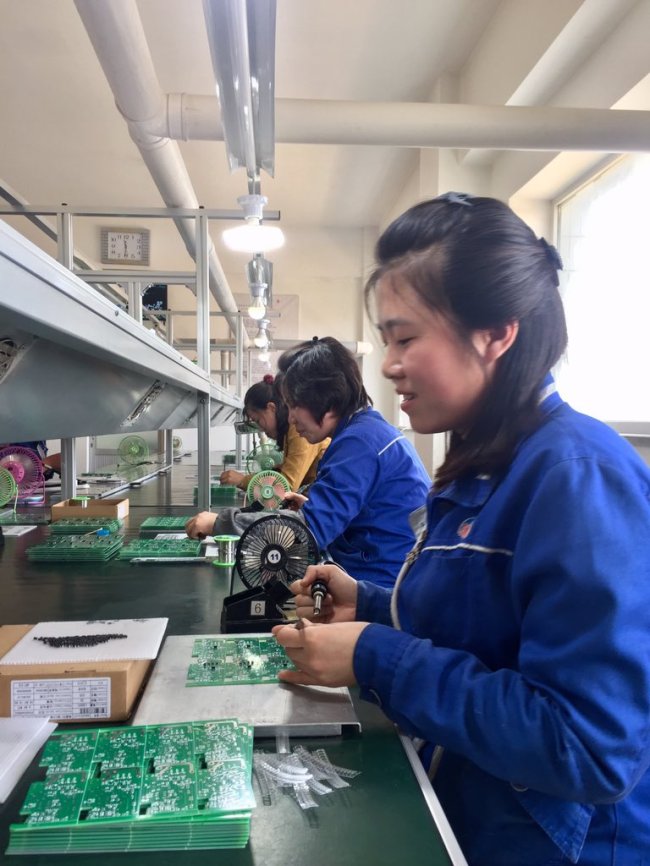 (The Swedish Embassy in North Korea)
The institution is a branch of the State Academy of Sciences, which is responsible for national research and development under the North Korean Cabinet.

The Unjong High-Tech Development Zone was designated in 2014 to create synergy with the science agency and provide manufacturing and export services.

The Twitter accounts of the Department for Asia and the Pacific Region at the Swedish Ministry for Foreign Affairs and the Swedish Embassy were tagged in the photos.

The embassy in Pyongyang did not immediately respond to a request for comment.

The development of North Korea’s renewable energy sector by the two Koreas and Europe would be “a real prospect,” if sanctions imposed on the North are lifted, said Ramon Pacheco Pardo, Korea Foundation-Vrije Universiteit Brussels Korea Chair at the Institute for European Studies, in retweeting the Swedish Embassy’s tweet.

“European companies have been approached about this and some are making plans,” he said.

Sweden, which established diplomatic relations with North Korea in 1973, has been eager to take on an intermediary role in issues concerning the North. 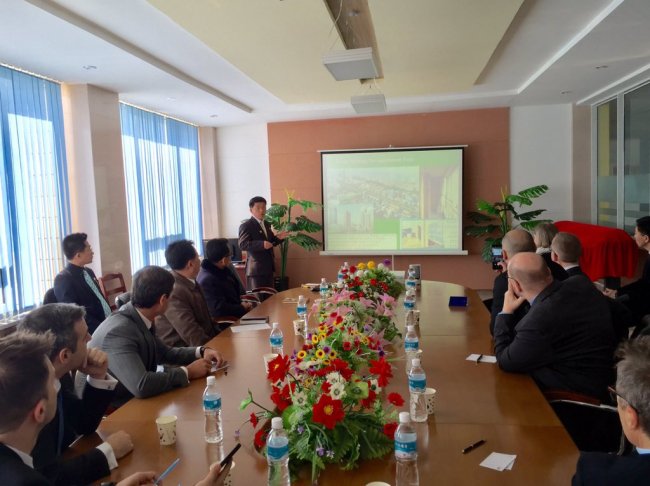 (The Swedish Embassy in North Korea)

Last month, the Swedish Embassy in Pyongyang said a room in its building could be used as a liaison office between the US and North Korea. It said the room has been maintained for such a purpose since 1995, when it began protective consular services on behalf of the US government.

In January, envoys from South Korea, the US and North Korea gathered in Sweden for talks ahead of the second summit between Donald Trump and Kim Jong-un.

Since North Korean leader Kim came to power in 2011, he has been pushing to expand the share of renewable energy to alleviate the country’s chronic power shortage,

To reduce its reliance on oil imports and vulnerability to sanctions, the energy-scarce country has been exploring ways to use wind and solar energy.

Efforts to adopt the new energy sources are already underway. Some 100,000 North Korean households in the country of 24 million had solar panels through the end of 2014.