LONDON -- Zookeepers say a group of chimpanzees used branches weakened by a storm to make a ladder and escape from their enclosure at the Belfast Zoo.

Video filmed Saturday by visitors to the Northern Ireland zoo showed several primates scaling a wall and perching atop it, with one walking down a path outside the enclosure. 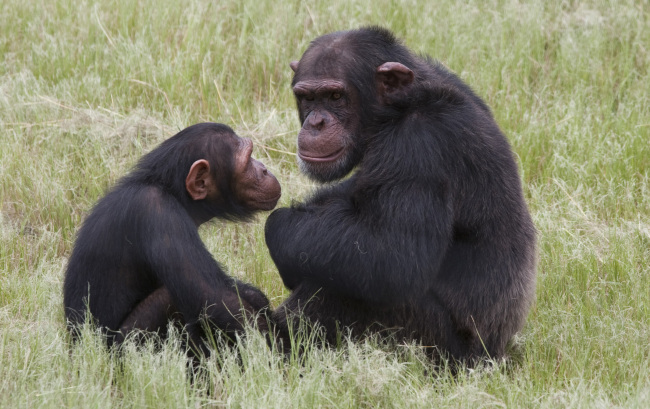 (AP-Yonhap News)
Zookeeper Alyn Cairns said trees in the chimps‘ enclosure had been weakened by recent storms, allowing the animals to break them and fashion a ladder to escape. He told the BBC ``they’re intelligent primates and know they‘re not supposed to be out of their enclosure, so got back in themselves.’‘

Two weeks ago a rare red panda escaped from the same zoo when its electric fences failed. The animal was recaptured in the driveway of a nearby house. (AP)